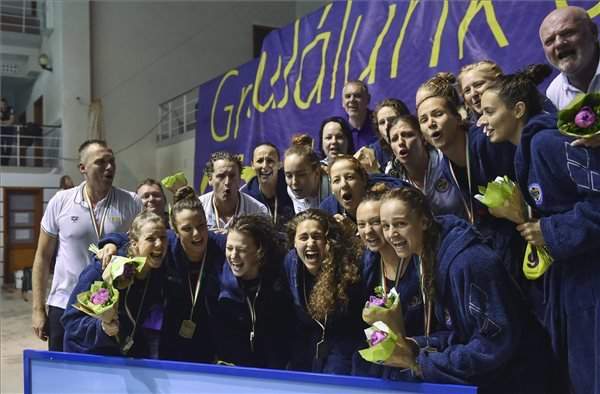 In a tense encounter Dunaújváros fought their way to an 8-8 draw in the third match of the women’s championship final, but UVSE were not to be denied in the ensuing penalty shoot-out and are champions again having gone the whole season unbeaten.

With the first two championship final matches throwing up tense, enthralling encounters that were eventually won by the reigning champions, there was a good chance that the third match at the Hajós Alfréd Uszoda on Saturday would see UVSE crowned champions once again, even if they had to do without the services of the suspended Hanna Kisteleki. 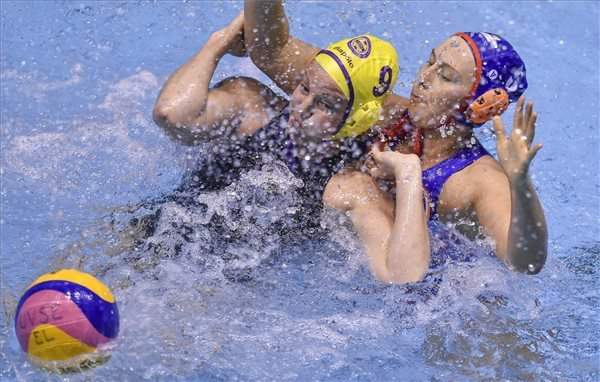 UVSE forged a 3-0 lead in the first quarter, albeit it took them time to get on the scoresheet; Rita Keszthelyi hitting the woodwork from a five-metre penalty in the fifth minute before young winger Szonja Kuna broke the deadlock and then doubled UVSE’s lead moments later in the seventh. Keszthelyi made amends not long after as the title-holders took a firm grip on proceedings. 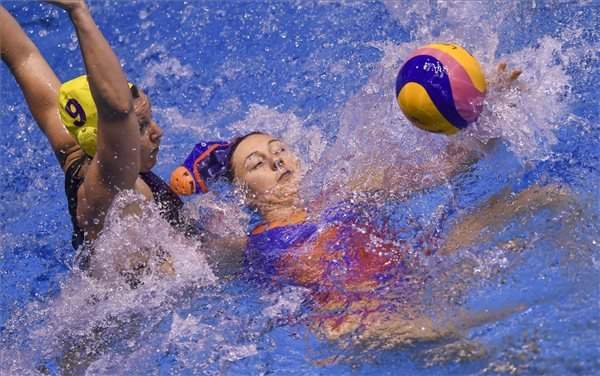 Dunaújváros scored early in the second period through Krisztina Garda and Vanda Vályi got them back in the match at 3-2 before Keszthelyi – who else? – replied to make it 4-2. Dóra Csabai scored a fifth for the hosts in the last minute of the quarter though to dash Dunaújváros hopes, UVSE leading 5-2 at half-time.

Ildikó Tóth extended UVSE’s lead to 6-2 early in the third, only for Dorottya Szilágyi to peg them back to 6-3 from a player-advantage situation and soon Dunaújváros were at 6-4. Gabriella Szűcs’ shot in off the post once again appeared to give the hosts some breathing space as they completed the third quarter 7-4 ahead.

With nothing to lose, Dunaújváros threw caution to the wind in the final quarter, first Menczinger firing home to make it 7-5. She then brought the score to 7-6 with a fine strike but UVSE appeared home and dry at 8-6 when Dóra Antal shot in off the post. With UVSE not able to take advantage of another player-advantage situation, Dunaújváros drew level with a late flourish, first Fruzsina Brávik finding the net and then Szilágyi scoring from an advantage to level things at 8-8 with 47 seconds left and take the game to penalties.

Szűcs shot against the woodwork for the hosts but Szilágyi did the same for Dunaújváros and with Gangl saving Horváth’s shot, it meant Antal could throw for victory, which she duly did. 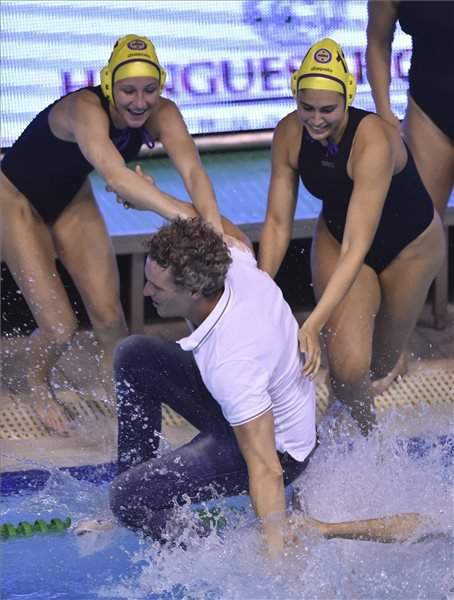