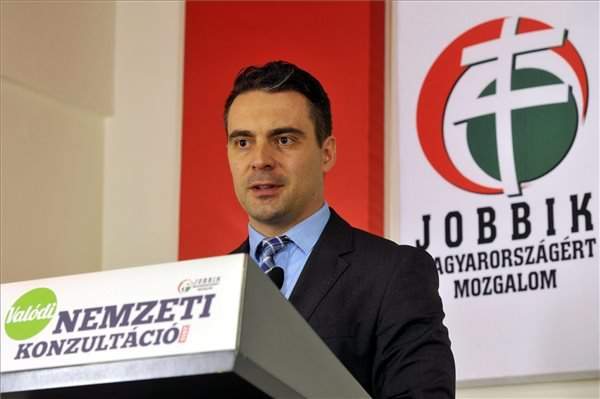 Németh told public television M1 after a session of parliament’s national security committee on Tuesday that Kovács had worked as part of a network of spies for a foreign power while parading as a Jobbik politician.

Vona told public television M1 on Wednesday that if the relevant authorities conclude their investigations with proof against Kovács then he would “come to a decision”.

Meanwhile, Vona, who was recently reelected as party leader, vowed to tour the nation with the message that Jobbik is a national people’s party and a broad church. The main themes of the tour will be corruption, education and health care, he said.