Budapest, August 18 (MTI) – If Hungarian voters “do not stop Brussels” then the European Union will fill up Hungary with people who are “not one of us”, János Lázár, head of the strategic cabinet, told a regular government news conference on Thursday, referring to the upcoming Oct. 2 referendum.  The government plans to spend the 270 billion forints (EUR 869m) in revenues from farmland auctions on reducing the public debt, he said. The government also has started an internal investigation to uncover whether it was possible to influence decision-makers in connection with EU tender assessments, Lázár said. In the first half of the year Hungary’s economy performed well, he told, adding that growth had been accompanied by a continual reduction in the public debt. The government is drawing up a social programme for the 10-year period starting in 2018, he said.

Lázár told a news conference that ruling Fidesz lawmaker Roland Mengyi’s immunity would be certainly suspended. Mengyi himself initiated this procedure, he noted.

Prime Minister Viktor Orbán has ordered an investigation into the case because public monies are at the centre of alleged criminal activity, he said.

Lázár said he was “rather unhappy” about the issue, adding that this was the first case in six years that the suspension of immunity has been initiated by the public prosecutor’s office. At the same time, he said everybody deserved benefit of the doubt.

In response to a question about allegations that the authorities were “instructed from above” not to “go for” Mengyi, Lázár said there is zero tolerance in corruption cases and the authorities had acted fully in accordance with the law. He said it was out of the question that anybody would have instructed them otherwise.

Lázár said recent years had witnessed a significant whitening in connection with the use of EU funds, which he said was “important” because “wherever they distribute much money, there are many interested parties.” In order to increase transparency, a new tender assessment system has been introduced according to which only state officials — as opposed to external companies — can be involved in the assessment process.

A total of 1,135 tender evaluators have been registered so far, he said. They “receive quite a lot of money” for their work and they agree to be monitored by the national security services, so they carry out their activity “under total control”, he said.

“The government on its own is weak in this fight,” Lázár said.

It is a big mistake to campaign for boycotting the referendum, he said. A real democrat has a duty to encourage voters to participate in it, he added.

Hungary has halted the wave of migration and has done Europe a big favour by upholding its rules, Lázár said.

There is a plan in the EU to import hundreds of thousands and millions of people into the bloc to satisfy economic and social interests, he said, adding that Hungary represents a minority position that migration must be stopped and there is no need for migrants. Instead, Hungarian families must be supported. This is the standpoint Hungary represents in the EU and the government has asked for its citizens to help in representing this position, Lázár said.

Hungary has become one of the most secure countries in respect of migration thanks to its laws and the fence on the external EU border, he said.

Regarding related funding, he said that the EU had given “essentially nothing” while Austria alone had offered help. “Germany and the EU have not,” he said.

Lázár said that the reason the government had decided to extend the state of emergency is because it is expected that more migrants will arrive in the autumn and migration pressure will increase. The agreement between the EU and Turkey is ineffective, he said, adding that the number of arrivals in Greece is growing and there are reports that people waiting at the border there are not “flinching from an attack”.

The reason why Hungary has raised the number of police at the border by 3,000 is that should Europe be under the current pressure for the next 5-10 years, it will be necessary to maintain the sealed border, he said. A smaller force would equal a “deficit in security”.

On the subject of Turkey’s request to Hungary to close a school in Budapest in connection with the recent attempted coup in Turkey and related accusations against Fethullah Gulen, Lázár said that Prime Minister Viktor Orbán had instructed the foreign and interior ministries to examine the request. The government’s standpoint is that it is in Hungary’s interest that Turkey must remain stable in order to maintain the region’s security and solve the migration crisis, he said. 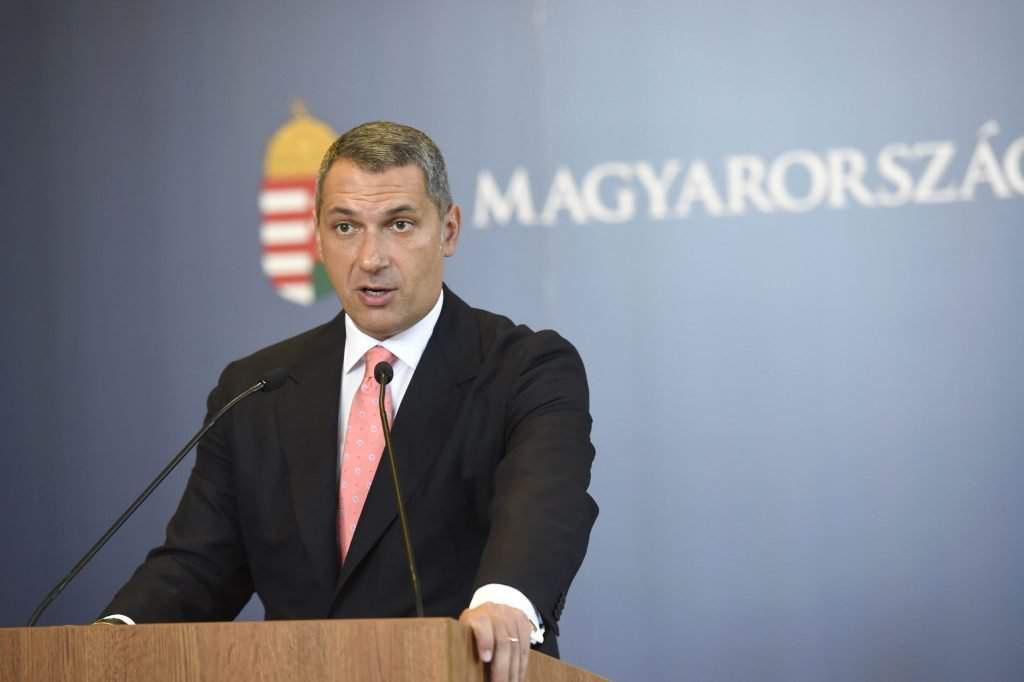 A decision on how the revenues should be spent will be finalised by next week, Lázár told. There is a general consensus in the government, however, that they should be used to reduce the “national debt amassed by the Socialists,” he added.

The government will officially conclude the farmland auctions in September, Lázár said, noting that 206,000 hectares of the 280,000 put up for auction have been sold. Altogether 30,000 bought land, 20,000 of whom bought plots smaller than 3 hectares, he added.

Lázár said that growth in the second quarter could be attributed to government policymaking, since EU payments only kicked in after that.

Other noteworthy data came in the form of Eurostat’s figures showing that the unemployment rate fell from 11.6 percent in 2010 to 5.1 percent, resulting in the fact that 4.4 million people now pay tax on the jobs they do. He insisted that this favourable trend would persist in the next six months, too.

The government is ready to examine the possibility of reducing employment contributions and it will look into whether there is a realistic chance of doing so by 2018, he said.

The VAT cut for pork has already had a tangible effect and VAT on certain basic foodstuffs and the internet will be reduced next year, he said, adding that as far as the latter is concerned there is a chance for close cooperation with the EU.

On the topic of the government’s Modern Cities scheme for directing government funds towards local infrastructure investments, he denied reports that the government was planning to scale down the programme.

Responding to a question on reductions in utility fees, Lázár said there was still a chance that prices for gas and electricity would be cut if organisational streamlining proceeds at a good pace.

Lázár said that a new law on public procurements in line with EU directives takes into account such aspects as the environment and employment. The lowest bid does not therefore guarantee that an investment will win the tender, he said, adding that the law is now being implemented and a related review will be carried out in the autumn.

“There are big issues that we have to deal with after 2018,” Lázár said, citing the conclusion of the latest European Union financing period, which ends in 2020. This is why the government wants to announce a social programme for the period after the general election in 2018, he said.

Meanwhile, Lázár said the cabinet had heard the prime minister’s commissioner for Roma affairs Flórián Farkas and maintains trust in his work. Eurostat figures show that since 2010, Hungary has improved its indicators for Roma inclusion. He said Farkas will attend a hearing of the European Union’s fraud office OLAF on August 24. Lázár speculated whether Farkas would attract the amount of press interest if he were not Roma.

On another topic, Lázár said the government is planning to launch a life career model for ambulance staff after ongoing consultations with them are completed. The new scheme will affect 6,000-8,000 people. Significant improvements to ambulance services will result, he insisted.

Speaking about Hungary’s performance in the Rio Olympics, he praised all Hungarian athletes participating, saying the government will assess the conditions in every sport after Rio 2016 and work out an appropriate support mechanism. He confirmed that Orbán has travelled to Rio as the head of a Hungarian government delegation, which he said had carried out important work to convince the world that Budapest would be the most suitable place to host the 2024 Olympics, he added.

In response to a question about the Seuso treasures, he said Hungary has recovered some of them and the remaining treasures are still in the UK. Talks are under way about acquiring those pieces, too, he said.