The Hungarian golden flight arrived in Budapest with the biggest delegation Wednesday morning. Champions Katinka Hosszú, Emese Szász, Gabriella Szabó, Tamara Csipes, Krisztina Fazekas-Zur were all on the plane. After landing they were immediately taken to Syma Hall, where they were welcomed by sport leaders, family members, friends and, of course, the fans.

The flight carried almost 150 people from athletes, escorts, doctors to the staff members of the Hungarian Olympic Committee and journalists. Other Olympic Champions, who arrived home earlier, also went to the venue to join the stars of Rio2016. Almost all medallist were there in the Syma Hall, except for shot-putter Anita Márton, who had to leave to a competition.

The excitement grew as fans of all ages were waiting for the prides of Hungary in hope of getting signatures or maybe even taking photos with them. The welcoming ceremony was opened by Zsolt Borkai, the president of the Hungarian Olympic Committee, who was followed by Zoltán Balogh, Minister for Human Resources, and Tünde Szabó, Under-Secretary for Sport.

“I, as the president of the Hungarian Olympic Committee, am very proud of this team. I also want to thank the athletes for the many unforgettable moments they gave me and all Hungarians. I wish you to enjoy the success, as you’ve worked hard for it and deserved it. Take my congratulations and the love of Hungarian people” said the president. 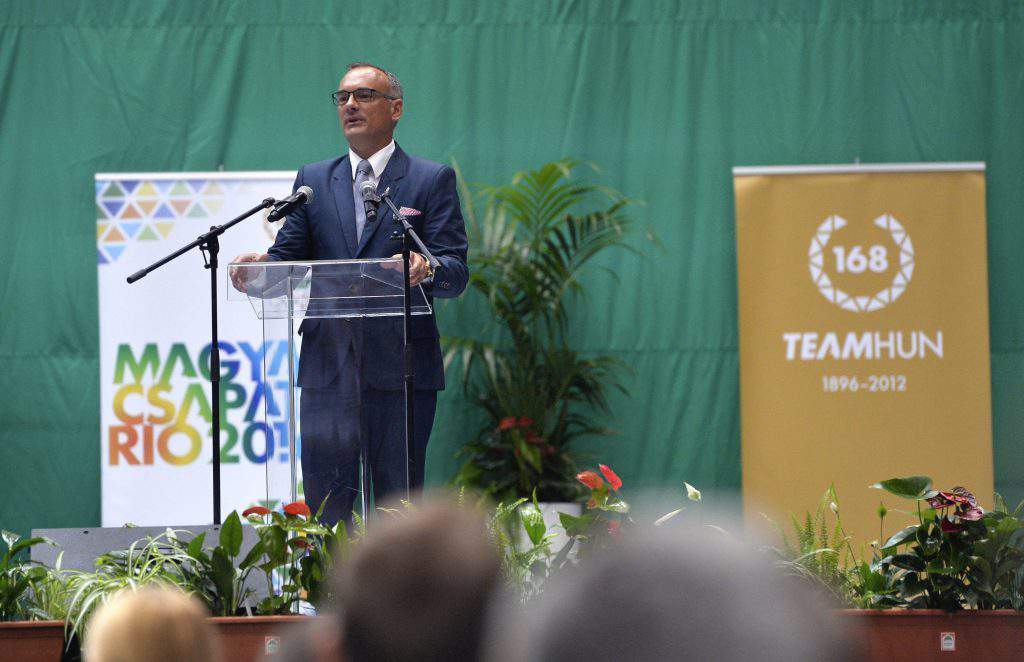 Then, all medallists were called on stage to say a few words. The line was started by Boglárka Kapás. “I couldn’t wait to get home and be with my family. I didn’t expect this much people coming out today. I am very happy with this bronze medal. (…) Many people made suggestions about what I could do with Ledecky, but let’s just stay fair. I’ll train very hard to hopefully beat her one day” said Bogi.

The young Tamás Kenderesi, who instantly became a star with his wisecracks, said that he is not planning to visit the swimming pool for a while, unlike Katinka Hosszú, who already continued training in Rio. “I am not that bullet-headed, sorry” said Tamás signalling towards Katinka. He added that his parents surprised him with the biggest gift, as his third brother is on the way.

He was followed by the men’s epee fencing team (Gábor Boczkó, András Rédli, Péter Somfai), led by silver and bronze medallist Géza Imre. “This was truly a happy bronze, you could tell that I was overjoyed on the podium. (…) And yes, I can say that I’m happy for this silver medal as well!” said the fencer.

László Cseh said that he received a lot of encouragement and support after the 200 m butterfly, which didn’t go the way he had planned, and those helped him to stand up again and swim for that mighty medal in 100 m butterfly. “Even though I would’ve loved to win a gold medal, I’ll never forget the moment of me standing on the podium with Michel Phelps and Chad Le Clos.”

Then came our first gold medallist, Emese Szász, who stayed in Rio until the last day and cheered for her fellow athletes at the Olympic Games. “I’ve already watched back my fencing-bouts, but not with my coach, as I didn’t want to hear what I had done wrong. However, I think I can tell that his eyes were also filled with tears at the end.” 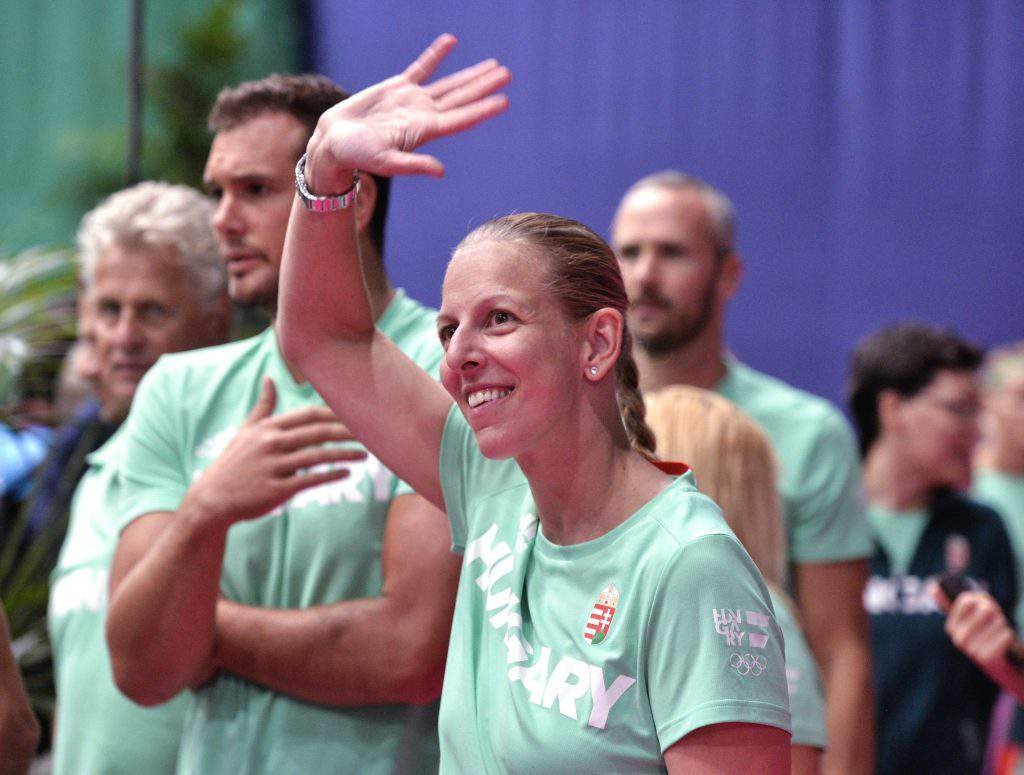 Áron Szilágyi said that, for now, he just wants to celebrate his Olympic title and spend the next weeks with relaxation. “There are going to be bigger world events until Tokyo and I want to concentrate on those, I’m thinking in smaller steps for the time being.”

We could see four very happy kayakers on the stage: Danuta Kozák, Gabriella Szabó, Tamara Csipes and Krisztina Fazekas-Zur. They said that the biggest difference between London and Rio was that their event was almost the last in Rio, which made it a bit harder. When asked about the utterly close finish of K-2500 m, Gabriella Szabó said: “I had to convince Danuta for five minutes that we really did win!”

The last Olympian called on stage was no other than Katinka Hosszú, who is the proud owner of three Olympic gold and one silver medals. She was first asked about the final of 200 m backstroke and her silver medal, about which she said that she was fighting for her life in the end. “Shane had an idea in 2012 that I should try backstroke. I thought that he was mad as why would I try a new event four years before the Olympics.” 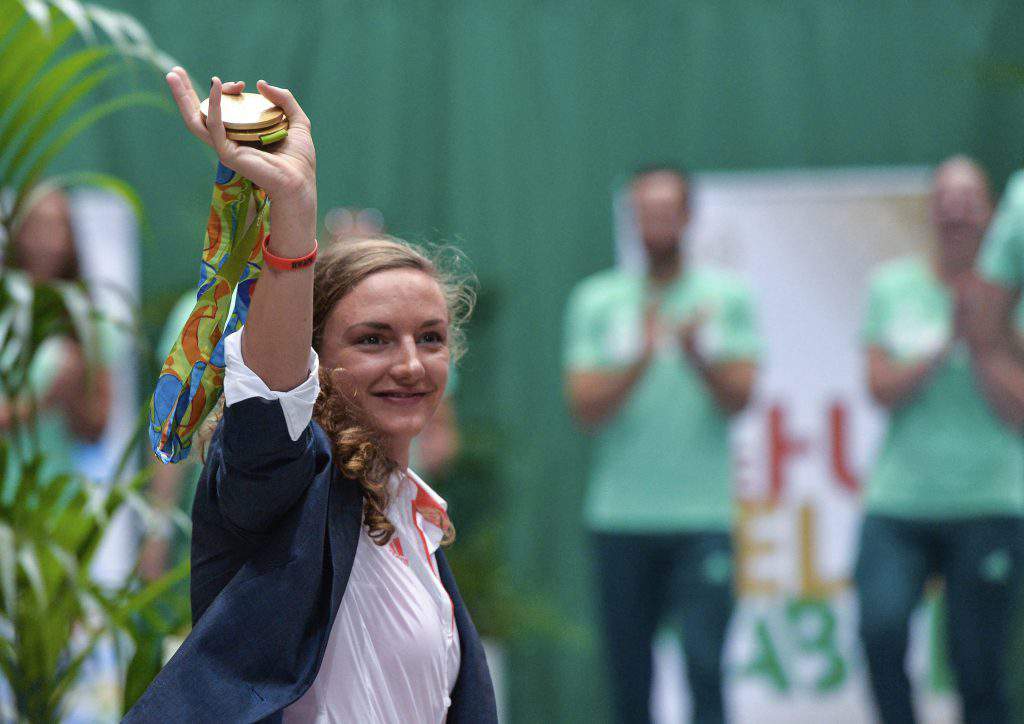 When asked about her three gold medals, Katinka said that she tried to forget her first win so that she could sleep and prepare for the following events. “This was my first Olympic gold medal, I didn’t even have medals before that, but I tried to forget about it and go to sleep before the next final.”

The Hungarian Olympic Team came home from Rio with 8 gold, 3 silver and 4 bronze medals. Congratulations to all Olympians! 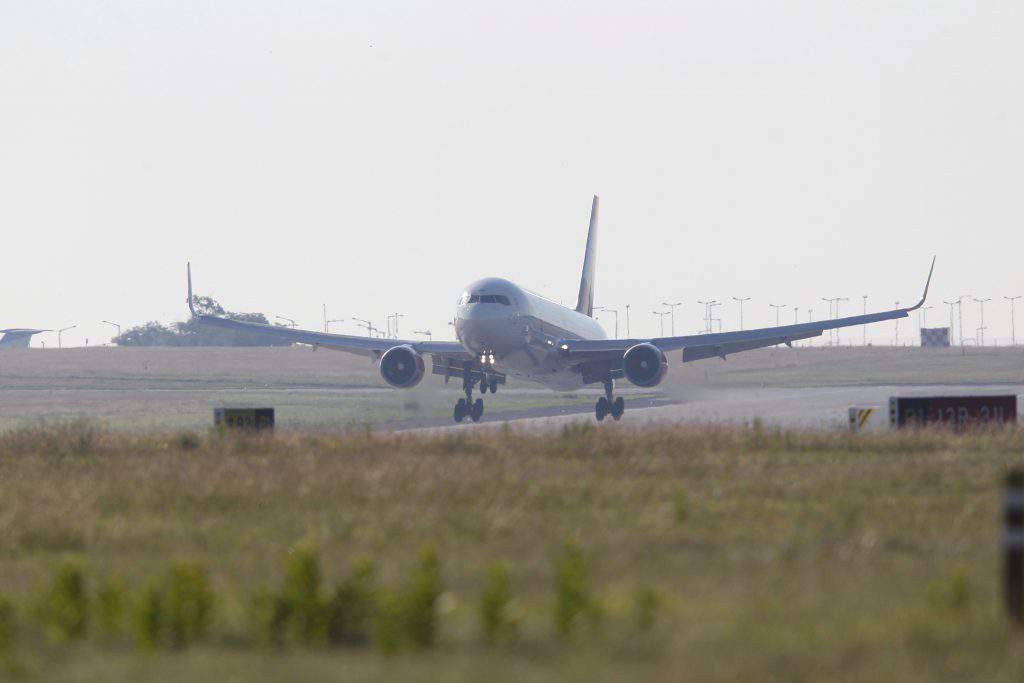 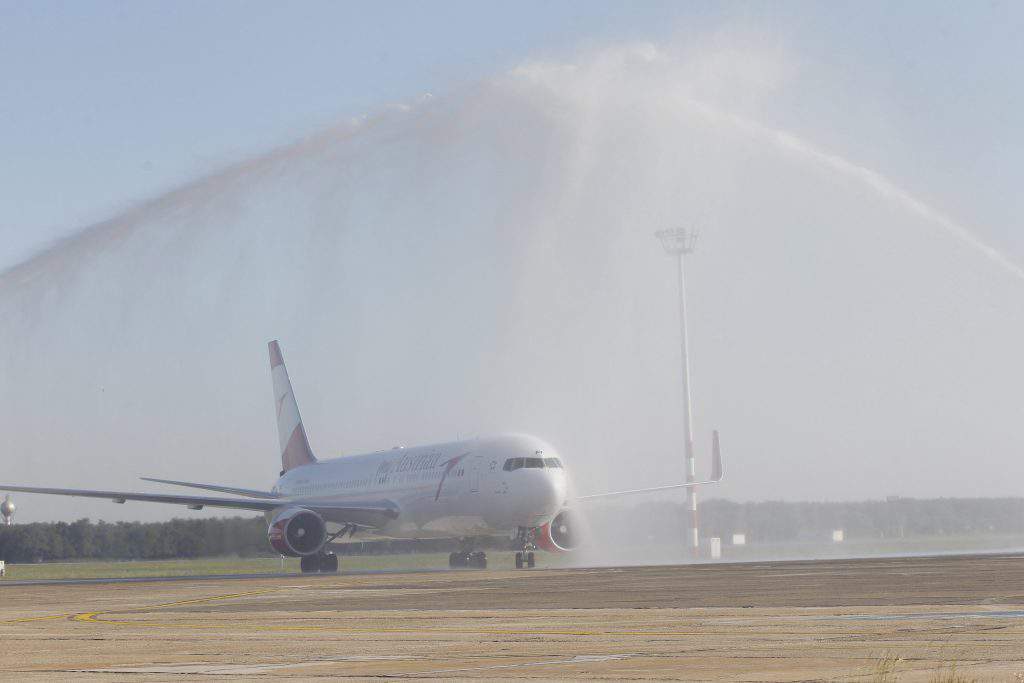 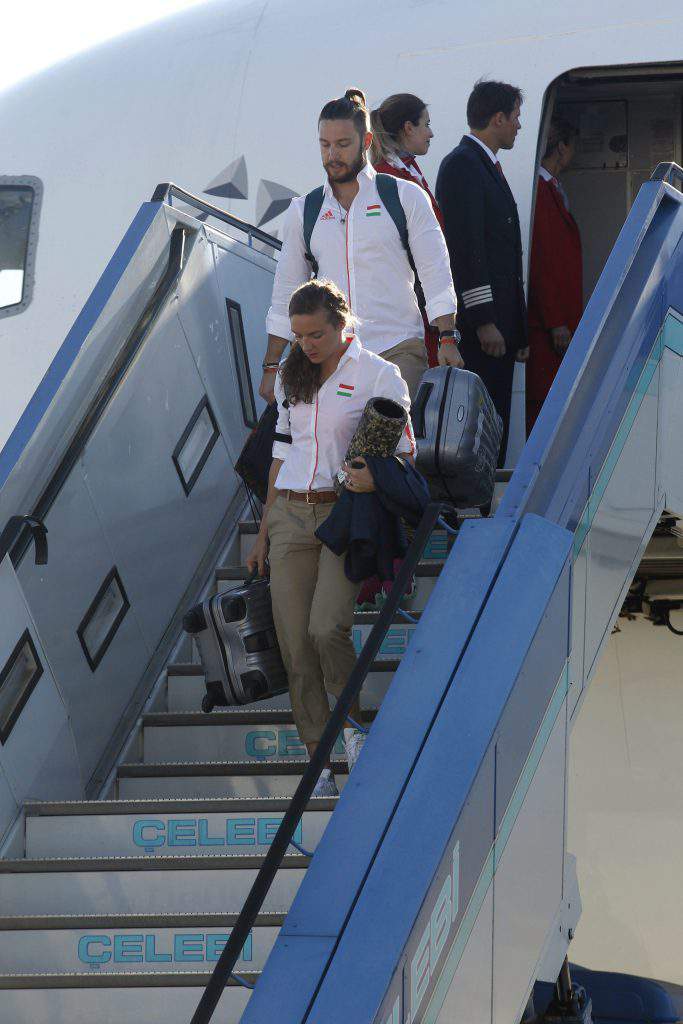 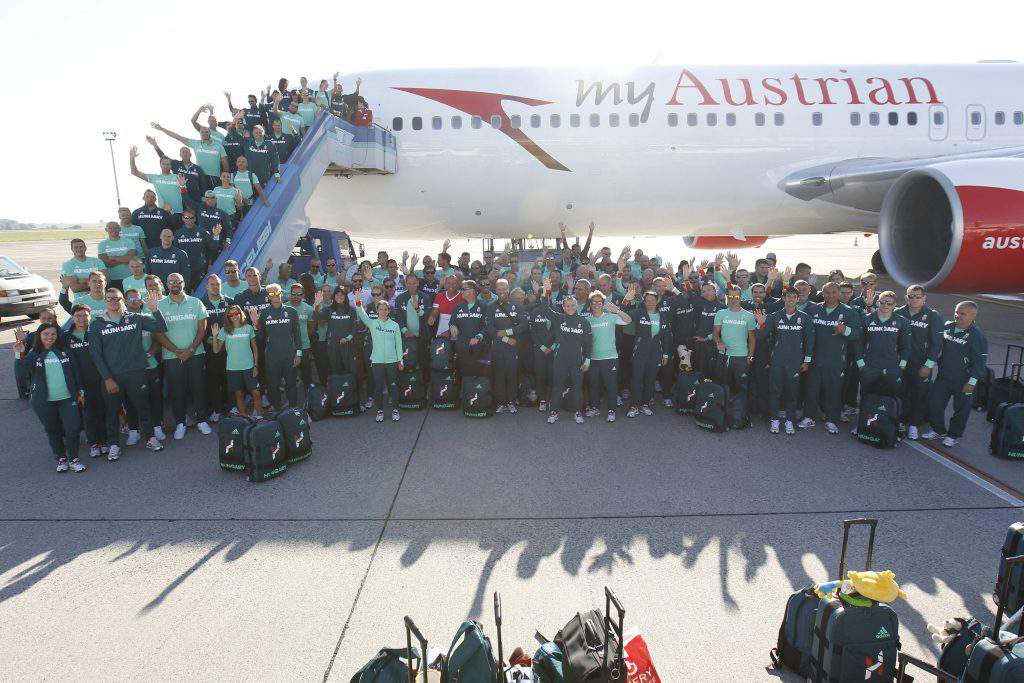 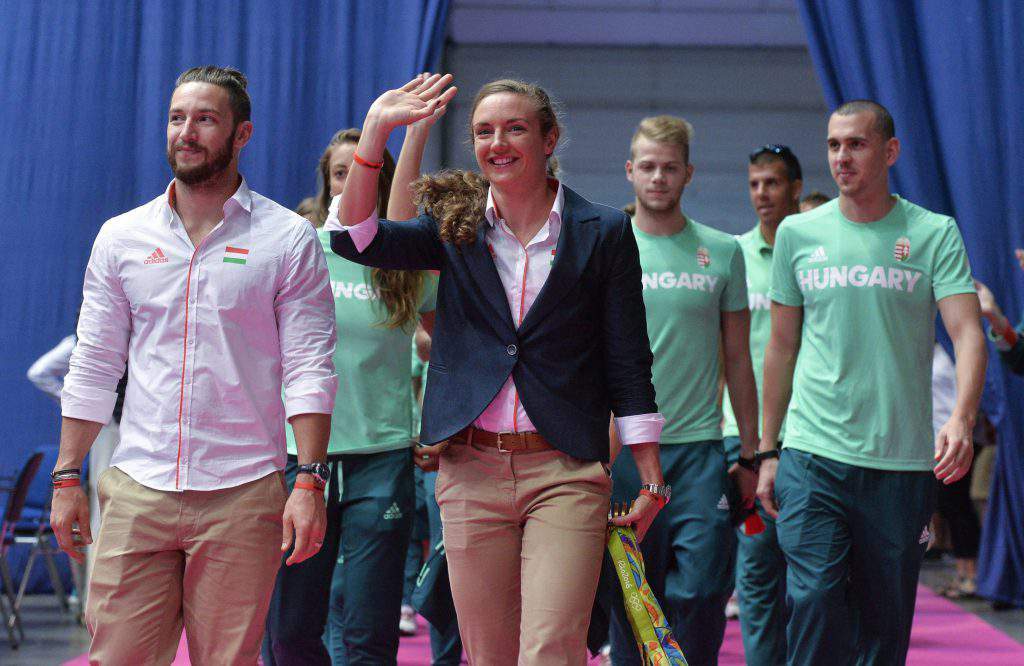 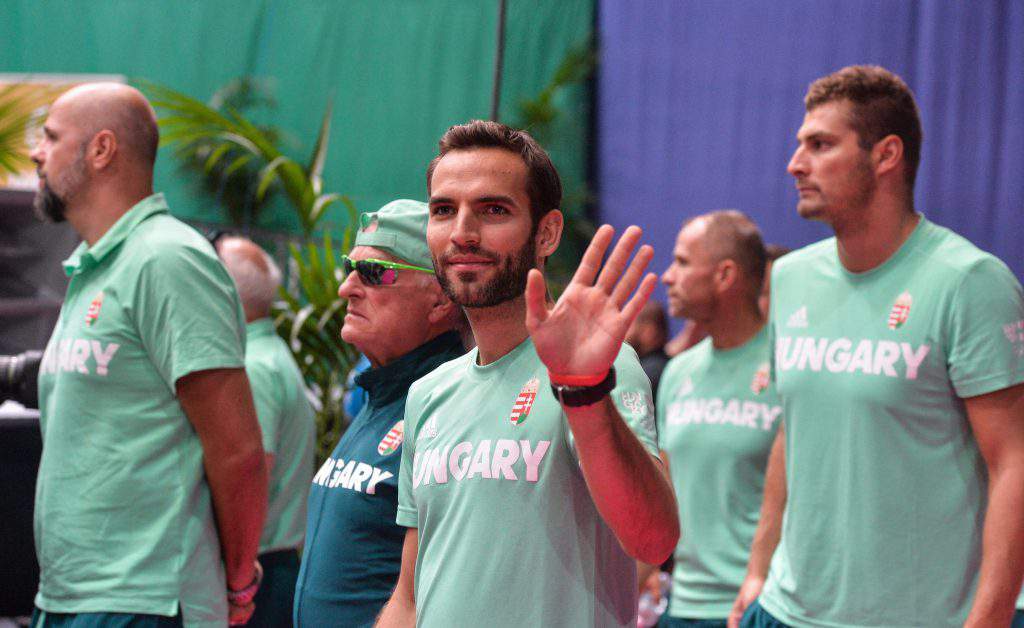 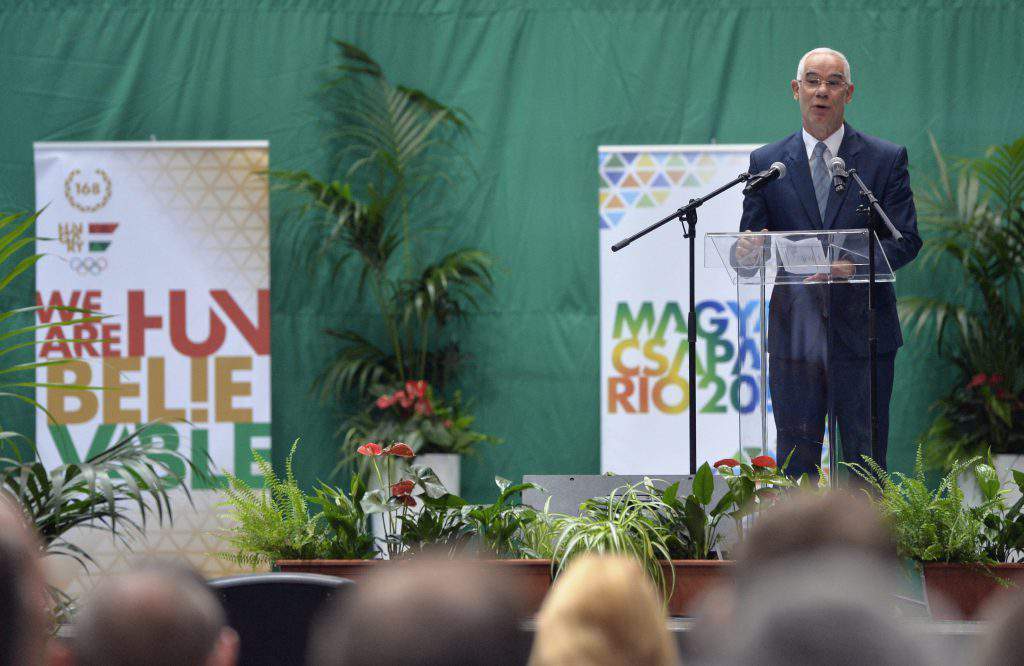 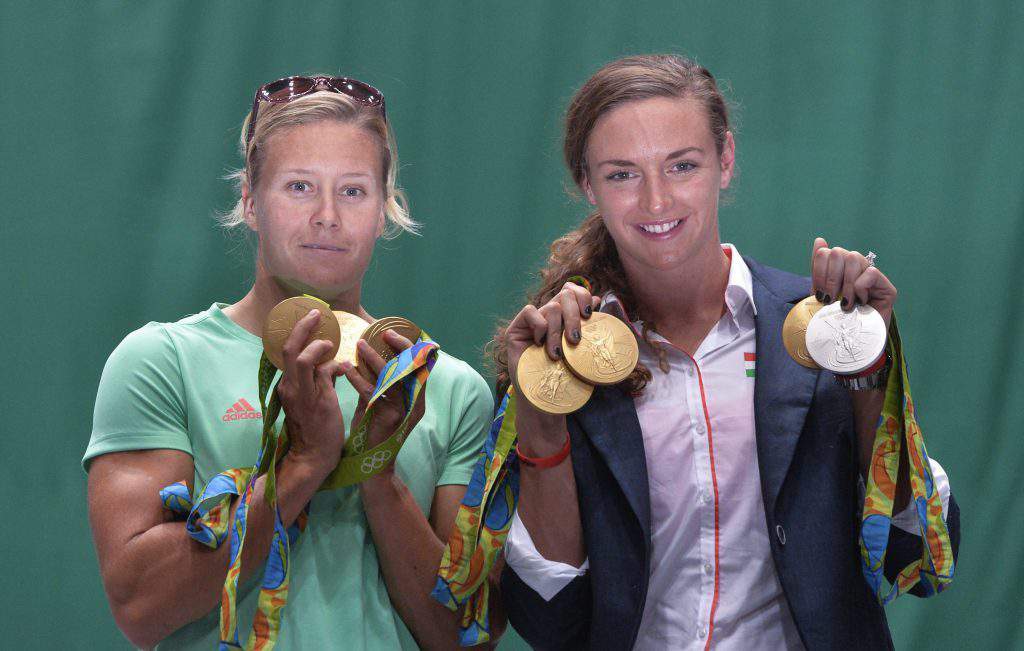 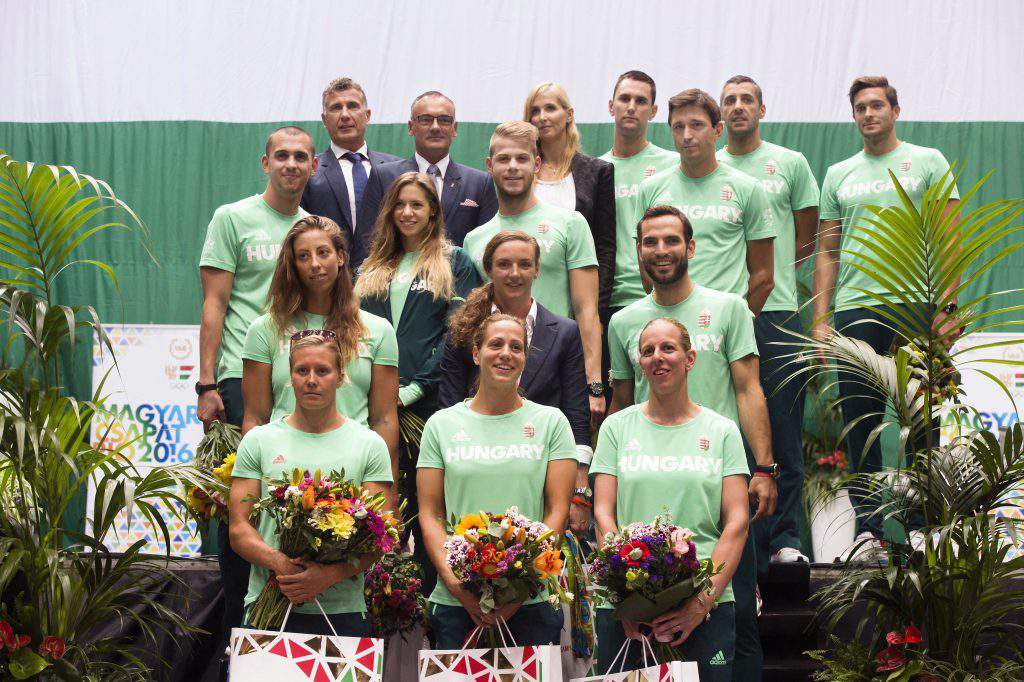