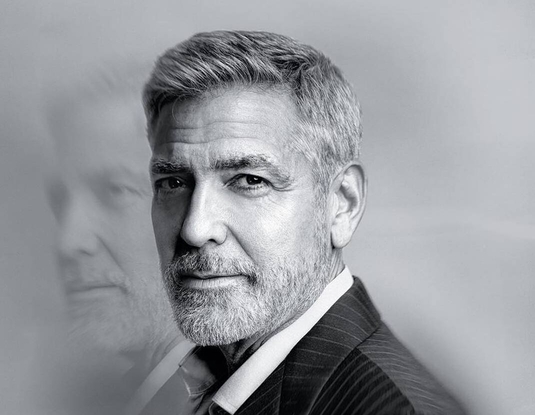 George Clooney seems to draw inspiration for his films from political news, at least that is what he alluded to in an interview when he talked about his latest film. In an interview with GQ magazine’s YouTube channel, the actor and director talks about the most memorable roles of his career, and at the end, he mentions the film The Midnight Sky, of which he is also the director and the protagonist. This is where Viktor Orbán and Bolsonaro came into the picture.

The video was discovered by 444 in the Hungarian press. The film, which will in principle be released on Netflix in late December, is a somewhat post-apocalyptic sci-fi starring George Clooney, a scientist alone in the North Pole, who has to warn a team of astronauts about something very catastrophic. All of this will take place in the not-so-distant future, in the year 2049. Towards the end of the 35-minute interview (after 30 minutes), Clooney talks about how

the mood of the film was determined by how much anger and hatred everyone experienced around the world. “We weren’t in the middle of a pandemic when it happened, but there were still all these other elements, these elements of how much hate and anger were sort of all of us experiencing at this moment in our history, all over the world. Go to Bolsonaro in Brazil, or Orban in Hungary, or look around, lots of anger and hate…”

According to him, if this characterises our world now, in 30 years, it could easily lead to a world in which the film takes place (this world is not so much known because the film has not yet been released, but it is not good, for sure).

Clooney and his wife, human rights lawyer Amal Clooney, often express themselves in political matters and speak out for what can be said to be liberal. The actor had previously launched a campaign to find out who was getting rich from armed conflicts in Africa. With his wife, they welcomed refugees from Iraq to their house and provided more support for 2018 United State protests demanding tightening arms control.

In addition to George Clooney, his wife Amal Clooney also has a negative opinion about Hungary. Two years ago, when she criticised Donald Trump for his harmful rhetoric, she likened the President of the United States to autocratic regimes like North Korea or Hungary.

In this video, he also talks about his previous famous, successful films, and the iconic characters he brought to life in the films. He talks about Out of Sight; O Brother, Where Art Thou?; the Ocean’s Trilogy; Good Night, and Good Luck; Michael Clayton; The Descendants; and finally, The Midnight Sky. The interview was about GQ magazine nominating him as the 2020 Icon of the Year.