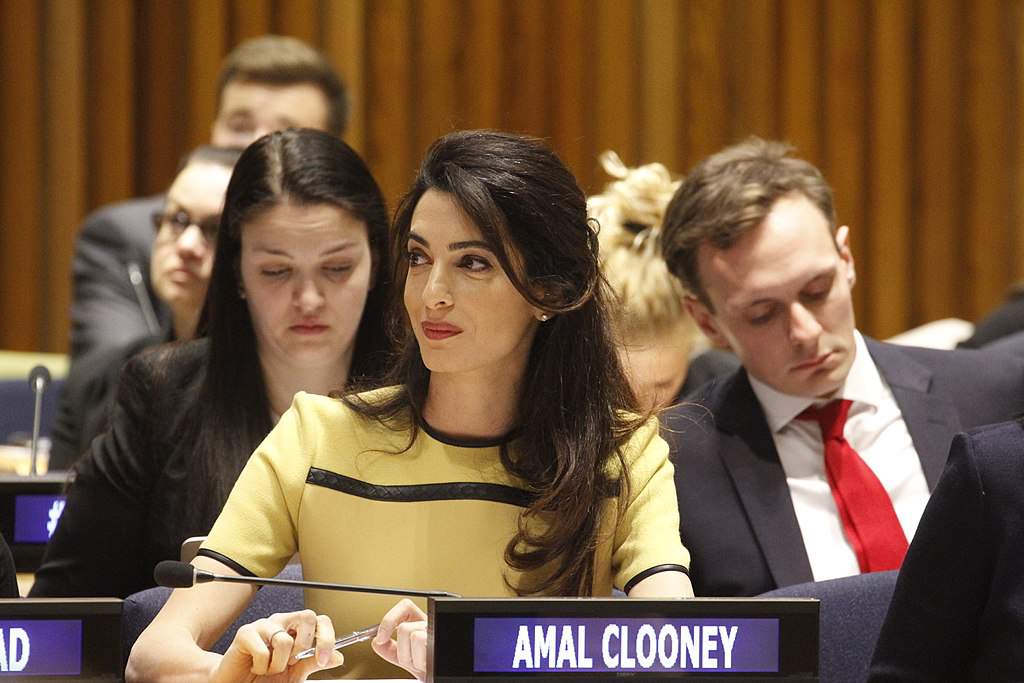 Amal Clooney criticised Donald Trump for labelling the press “enemy of the people” and pointed out the harmful effects his rhetoric has had in autocratic regimes such as North Korea or Hungary.

The Telegraph reports about the United Nations Correspondents Association Awards recently held in New York where Clooney, a human rights barrister, called out President Trump for giving the ‘green light’ for “autocratic regimes from North Korea to the Philippines, to Hungary, Turkey and Brazil” to make out the press as the enemy. She also attributed the rise of populism all over the world to his rhetoric.

“The US president has given such regimes a green light and labelled the press in this country the enemy of the people.”

In her speech, Amal Clooney talked about the growing threat that affects journalists today, talking about two Reuters journalists who went to Myanmar to cover the murders of the Rohingya religious minority. Both Wa Lone and Kyaw Soe Oo had to go to jail for seven years after this. She also mentioned the murder of Jamal Khashoggi that made the news a few months back.

“And you, the press, are under attack like never before. You are being jailed at a higher rate than ever. You are dying while covering wars, not just because you walk unarmed on the most dangerous places on earth but because you are being targeted for exposing crimes committed, for speaking the truth that perpetrators find the most difficult to hear.”

She also said that

“In many of the cases that I have worked on too, I have seen journalists and opposition figures ruthlessly targeted so that they can no longer criticise leaders.”

Two months ago, Khashoggi was brutally tortured, murdered and then dismembered in a pre-calculated attack. The crime took place in the Saudi Arabian consulate in Istanbul, and Saudi Arabia admitted to having committed it. Even though Ryadh admitted to the crime, the involvement of the Crown Prince Mohammad bin Salman was denied.

Since the Crown Prince is a key ally in the Middle East and is one of the major customers for US arms and weaponry, no blame was put on him by the Trump administration. Clooney commented that the president is overly cautious about criticising Saudi Arabia, though 17 Saudi nationals were sanctioned by the US government.