Why do Hungarians celebrate March 15 so vehemently? 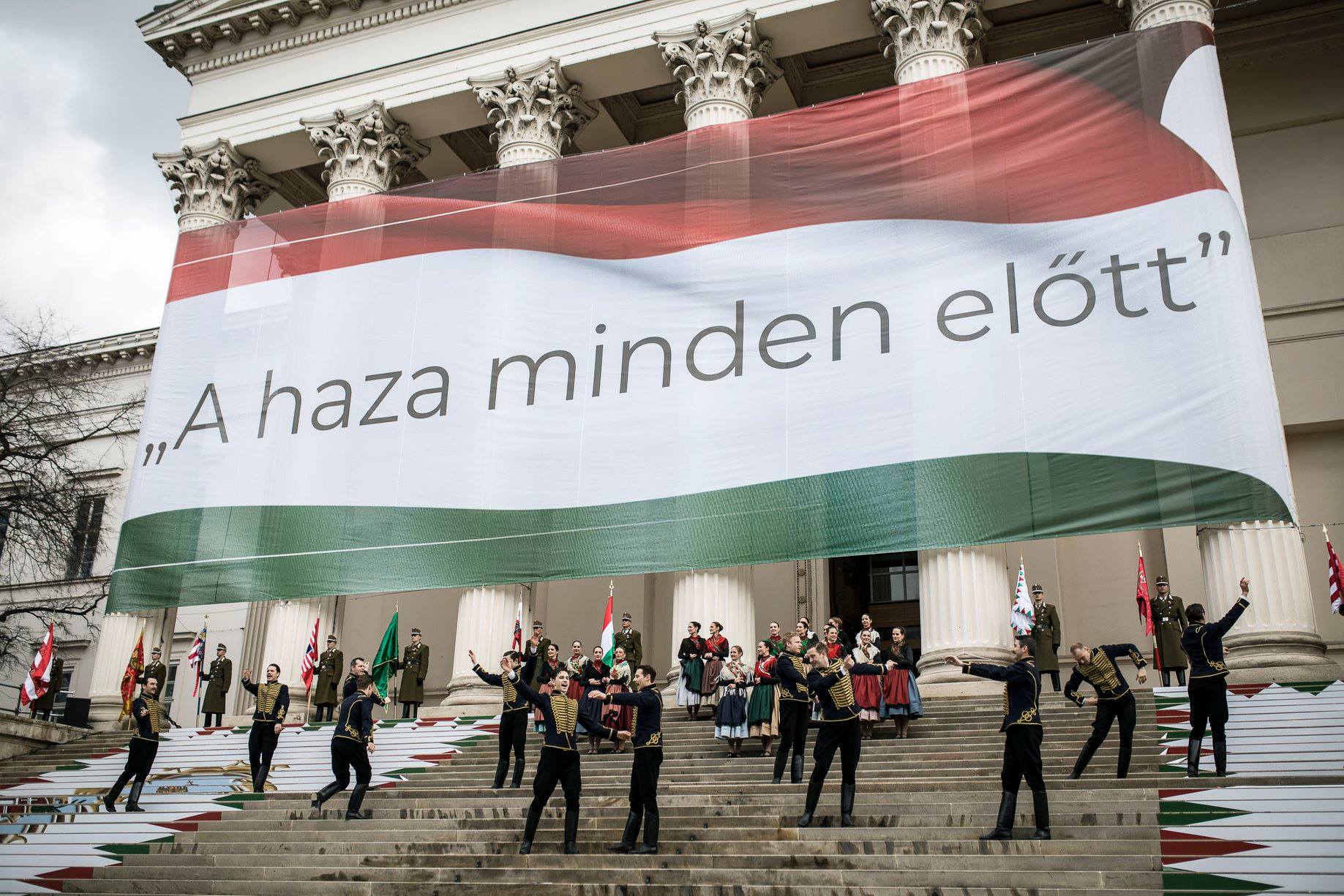 In 1848, there were revolutions and even fights for freedom in many parts of Europe, for example, in France, in Italy, in Germany or Austria. However, in Hungary, March 15, 1848, is so deeply ingrained in the people’s minds like nowhere else in the continent. Apart from August 20 (founding of the state) and October 23 (anti-Communist revolution of 1956) March 15 is the third important Hungarian National Day. And during this day, nobody is sad. Why?

At the beginning of the 19th century, Hungary looked like 50 or 100 years before. It seemed that nothing will ever change although many knew that the economic, political, cultural and social development was accelerating in Western-Europe because of the industrial revolution. However, only a handful of people realised that if the process continues unchanged

and it will inevitably become the servant of their economies.

The rulers of the Habsburg Monarchy already divided their empire into two parts in the 18th century. They said then that the Austrian and the Czech territories should develop their industry while Hungary remains and agriculture-focused land serving the needs of the Western parts of the empire.

Many Hungarian nobles and intellectuals (the two categories were in most cases the same) became aware of the fact that their country is very underdeveloped only after they returned home from their peregrination. Fortunately, some decided to give a different future to Hungary than the one the famous German thinker and philosopher

Johann Gottfried Herder foretold about the disappearance of the Hungarian people.

Furthermore, even though the representatives of the feudal diets were

almost all nobles (enjoying the comforts of the feudal system) they accepted initiatives destroying the feudal framework.

In many parts of the world (mostly in England, France or Germany), nobles were the most conservative part of the society doing everything to prevent reforms. In Hungary, they were the leaders of the reform era. This could not have happened without the work of Count Széchenyi (“the greatest Hungarian) or Lajos Kossuth (“the Moses of the Hungarians”) who concentrated on highlighting the common benefits of the reforms.

The peak of this reform era came on March 15, 1848, when the whole Hungarian nation (regardless of political programs and sympathies) stood up united and was successful. As a result, the first Hungarian government responsible for the parliament instead of the monarch could be formed representing not only conservatives and liberals but also aristocrats and smallholder nobles.

March 15 became the day of victory

over the feudal system and the starting point of the modern Hungarian state based on the rule of law, developing economy and social reforms. This is why March 15 is so important in Hungary, and that is why most people are celebrating in the country today.

Minister: it would be a mistake to shut down nuclear power plants