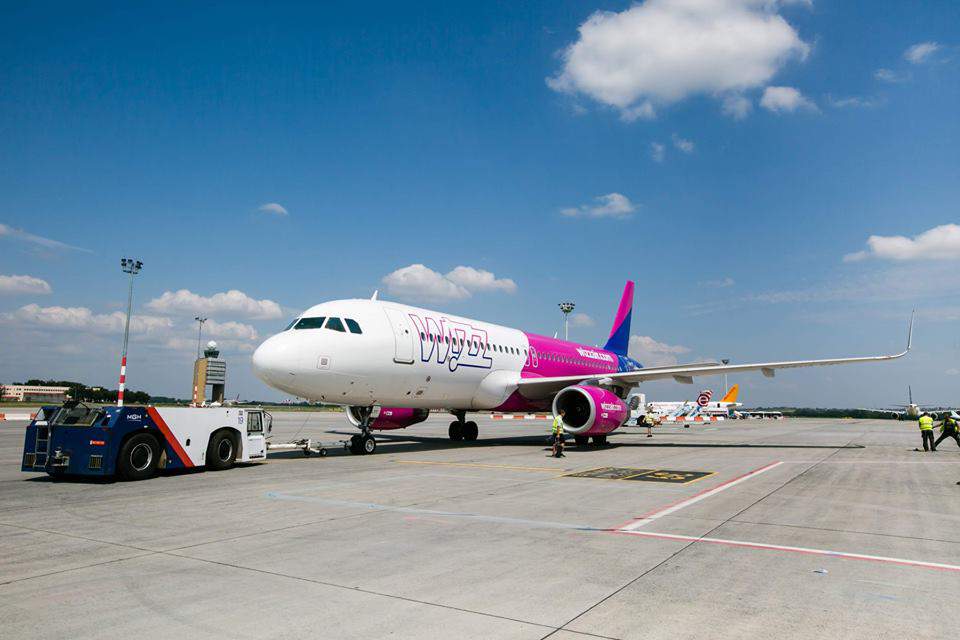 Wizz Air, one of the fastest growing airlines in Europe and the largest airline in Romania, today announced further expansion of its Tirgu Mures/Marosváráshely network. Starting from 27 October, flights to Budapest will be operated daily.

The first WIZZ flight took off from Tirgu Mures/Marosváráshely to London Luton in 2006, which was, in fact, the first Wizz Air flight from Romania. Currently, the WIZZ Tirgu Mures network consists of four routes to three countries and the number of passengers carried since 2006 until now is 2.2 million. The increased frequency of the service brings a 40% growth year on year on the total seat capacity to and from Tirgu Mures which in 2020 represents 265,000 seats.

In 2018, WIZZ carried more than 8.3 million passengers on its low fare routes to and from Romania, which represents a 14% growth year on year, while in the first 6 months of 2019 a total of 4.4 million passengers travelled with WIZZ to and from Romania, which is 15% more than last year. Throughout the country, Wizz Air’s operations this year will support more than 6,000 jobs** in associated industries. WIZZ now offers 145 routes to 20 countries from 10 airports in Romania.

Hungarian low-cost carrier Wizz Air has won a state tender to operate a direct flight between Budapest and the Russian city of Kazan.

The launch of daily service between the destinations from October would raise the number of seats on the flights from an annual 38,000 to 132,000, he said.

Tirgu Mures has a special significance for Wizz Air because it is the first Romanian city from where we operated. in the past 13 years we carried more than two million passengers on our low-fare routes, while bringing countless opportunities through affordable travel to Transylvania.

As Romania’s largest airline, we remain committed to our Tirgu Mures Transylvanian customers, who will soon be able to enjoy our excellent onboard service on a daily service to Budapest or one of the other three routes. Our crew looks forward to welcoming each WIZZ passenger with a smile on board our aircraft.”

As we wrote on June, Wizz Air has announced that it will increase the number of direct flights from Budapest to Dubai in the 2019/20 winter season. Starting from the 27th of October, you can catch a plane to the United Arab Emirates 7 times a week. More details HERE.

Korean Air to fly between Seoul and Budapest!