WOW! Gábor Rakonczay is set to be the first in the world to cross the Atlantic Ocean on a SUP

Gábor Rakonczay has begun his seventh transatlantic expedition from Gran Canaria, Canary Islands today. With this new record, he will be the first person in the world to paddle across the Atlantic Ocean on a self-designed and built SUP without a cabin. It is estimated that it will take 60-65 days to cover the 5,200-kilometer distance. The main sponsor of the extreme challenge is Hungarian-owned WHC Group; the athlete and the company aim to draw attention to health preservation and basic health education among young people.

The most optimal period of the east-west ocean cross-rowing season is from December to the end of March.

In the last 100 years, the transatlantic route has been accomplished less than 200 times individually.

Extreme athlete Gábor Rakonczay travelled to Gran Canaria, Canary Islands in mid-December, where he was deliberately preparing himself to set a new world record.

The final technical touches on his custom-designed Stand Up Paddle and the preparation of the equipment for the expedition also had to be taken care of. Due to unpredictable weather conditions, the departure shifted a few days from the original date, which gave Gábor enough time to brace himself for the challenge, both mentally and physically.

Ultimately, he started his 60-65-day transatlantic journey today, on 10th January. He is set to accomplish the 5,200-kilometer distance all by himself:

the first 1,000 – 1,500 kilometers heading southwest, and then changing his direction to reach Antigua. Rakonczay’s self-designed and built SUP, which is only 5 meters long and one and a half meters wide, provides only the most necessary equipment. This means, among other things, that Rakonczay spends the entire journey under the open sky.

Such a large-scale and unprecedented journey requires well-founded support and serious security measures.

The timely position of the extreme athlete will be indicated by, among other devices, AIS and GPS trackers; of the latter, three have been placed in the SUP, which will send publicly detectable signals with different frequencies.

This allows anyone to follow the progress of the two-month trip.

The athlete also carries two satellite phones, one of which provides him with wifi connection, so it will be worth following his Facebook profile in the upcoming weeks. In his recent post, he has revealed that he started his 51-day doubles rowing journey between Gran Canaria and Antigua on 9 January, 14 years ago: “I’m starting my adventure from the same place, with another self-built vehicle, and again, I’m about to do something no one else has ever done before” – noted Rakonczay in his social media entry.

WHC Group, which is active in five countries and specialized in full-scale HR services, such as temporary agency employment and HR outsourcing.

“Gábor’s adventure is more than just extreme sport: it serves as a proof of commitment and persistence, from which we can all draw strength in our everyday lives. That’s why the WHC team is very proud to support this challenging journey with all our capacities. In recent years, Gábor has carried out numerous water and land expeditions, with which he always aimed to draw attention to important and relevant social issues”- says Viktor Göltl, CEO of WHC Group.

Efforts for the next generations: education and health preservation

The extensive sponsoration from WHC has enabled Rakonczay to give lectures to thousands of Hungarian students over the past few years. He aims to motivate them to achieve their goals and give them the strength to work tirelessly for their dreams. In addition to education, health preservation has also been identified as another key value, so the 39-year-old extreme athlete, together with WHC, has also promotes the importance of basic health education. They are currently associated with six educational institutions with secondary health and/or social vocational training in the North-Eastern region of Hungary. 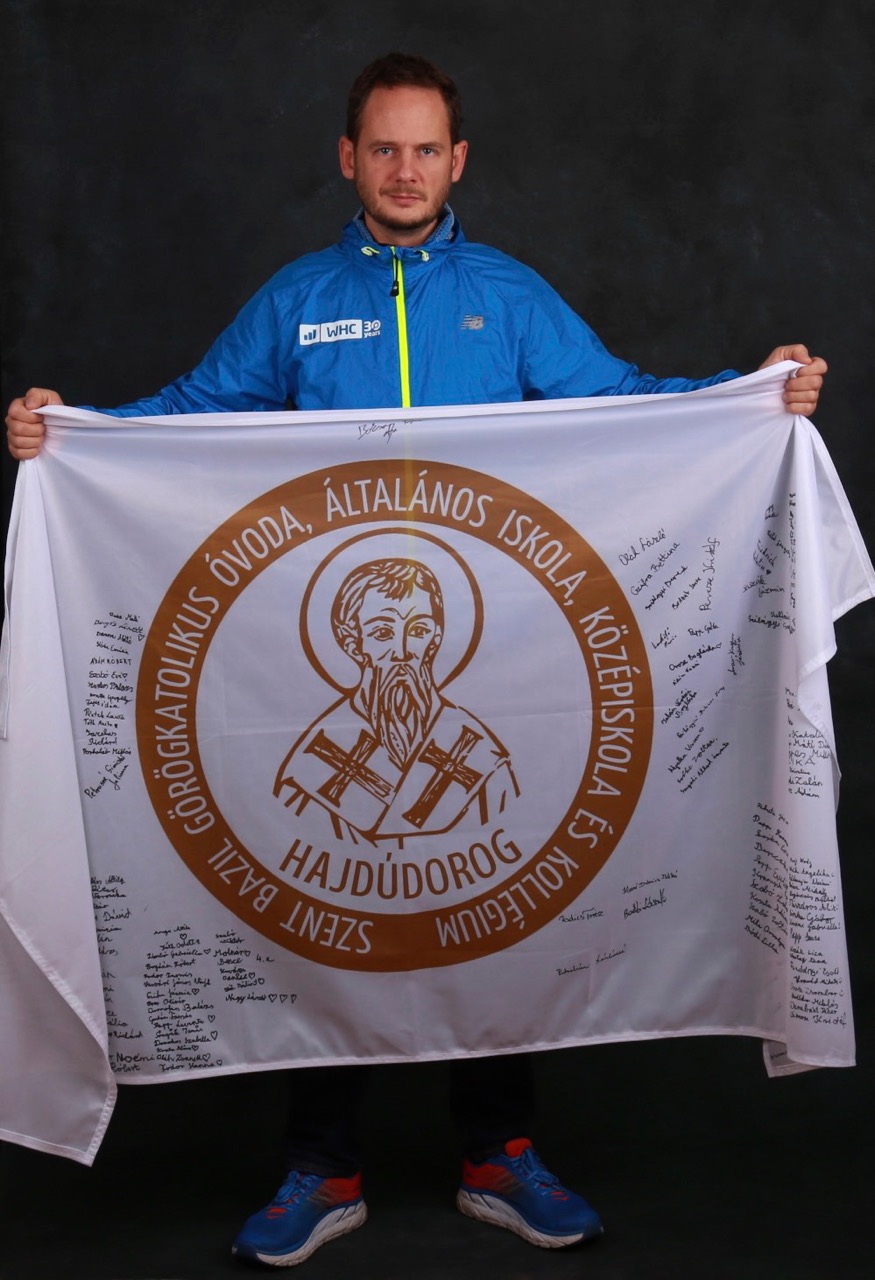 “It is very important for us to stand by initiatives that focus on noble goals and human achievements.

The pandemic situation has highlighted even more so, that the promotion of conscious health preservation and the training of the new generation of health professionals are particularly relevant

these days. Grateful students from the six health-specialized schools gifted Gábor with individually signed, beautiful flags, which will of course travel with him across the Atlantic Ocean”- said Viktor Göltl.