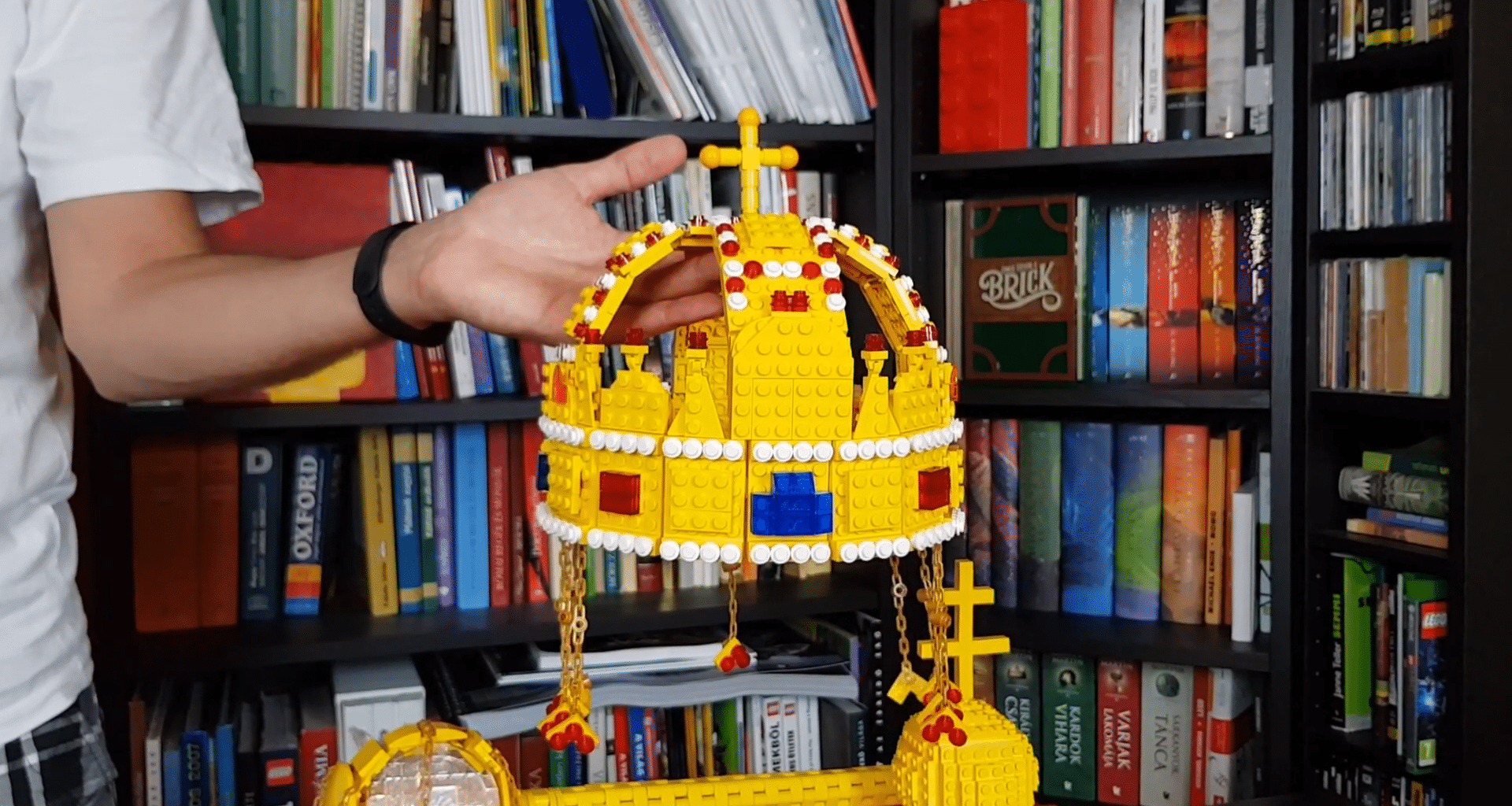 Ferenc Szőke, a member of the Kockafeszt Fan Club, decided to build the legendary Hungarian crown jewels out of Legos and he eventually did. It is no doubt that the result is impressive.

According to kockafeszt.blog.hu, the Hungarian man used 4,500 Lego pieces to build the Holy Crown of Hungary, the Sceptre and the Globus Cruciger. The red pillow which holds the jewels cannot miss from the concept either.

All of these Hungarian crown jewels are special because they represent the actual size of the pieces in the Parliament building.

The concept features many unique and special strategy and technique, and ordinary Lego-player is unfamiliar with. According to Ferenc, the digital plans for the idea were ready in 2013. It took six years, to wait for missing elements and digital innovations to make the Lego crown jewels happen. As Lego does not have golden-coloured pieces, the creator decided on using yellow coloured ones to build the crown jewels.

“It was difficult, but it is ready”. – said Ferenc.

The concept will be exhibited as part of the upcoming August 20 celebrations in Hungary.

Coffee is a part of everybody’s morning ritual. It is as essential as showering or…
We and our partners use technologies, such as cookies, and collect browsing data to give you the best online experience and to personalise the content and advertising shown to you. I accept
Privacy & Cookies Policy