For all of you sweet-tooths out there, if you want to improve your kitchen-skills by learning some culinary delicacies, look no further. Gerbeaud cake, or ’zserbó’, as it is called in Hungary, is a Hungarian dessert that is not only famous in its originating country but has since conquered many kitchens and confectioneries around the world. It is a heavenly dessert that can be made in many ways.

Today, thanks to Magyarországom, you can try out a classic recipe that many a Hungarian grandmother and great-grandmother have baked over the years. Beware that this recipe uses lard instead of butter, but if you are not comfortable using lard, feel free to use butter instead.

This delicious dessert was named after Emil Gerbeaud, a French confectioner. However, the story goes back a little more. It all started with Henik Kugler, a famous Hungarian confectioner, who had a workshop in Budapest. Because Kugler had no successor to pass his confectionery onto, he invited Gerbeaud to Hungary in 1882. Two years later, Gerbeaud became the owner of the workshop, expanded the selection of desserts, and also invented the recipe of the ‘zserbó’ or Gerbaud cake. Since then, Café Gerbeaud has become one of Europe’s finest coffee houses and pastry shops. 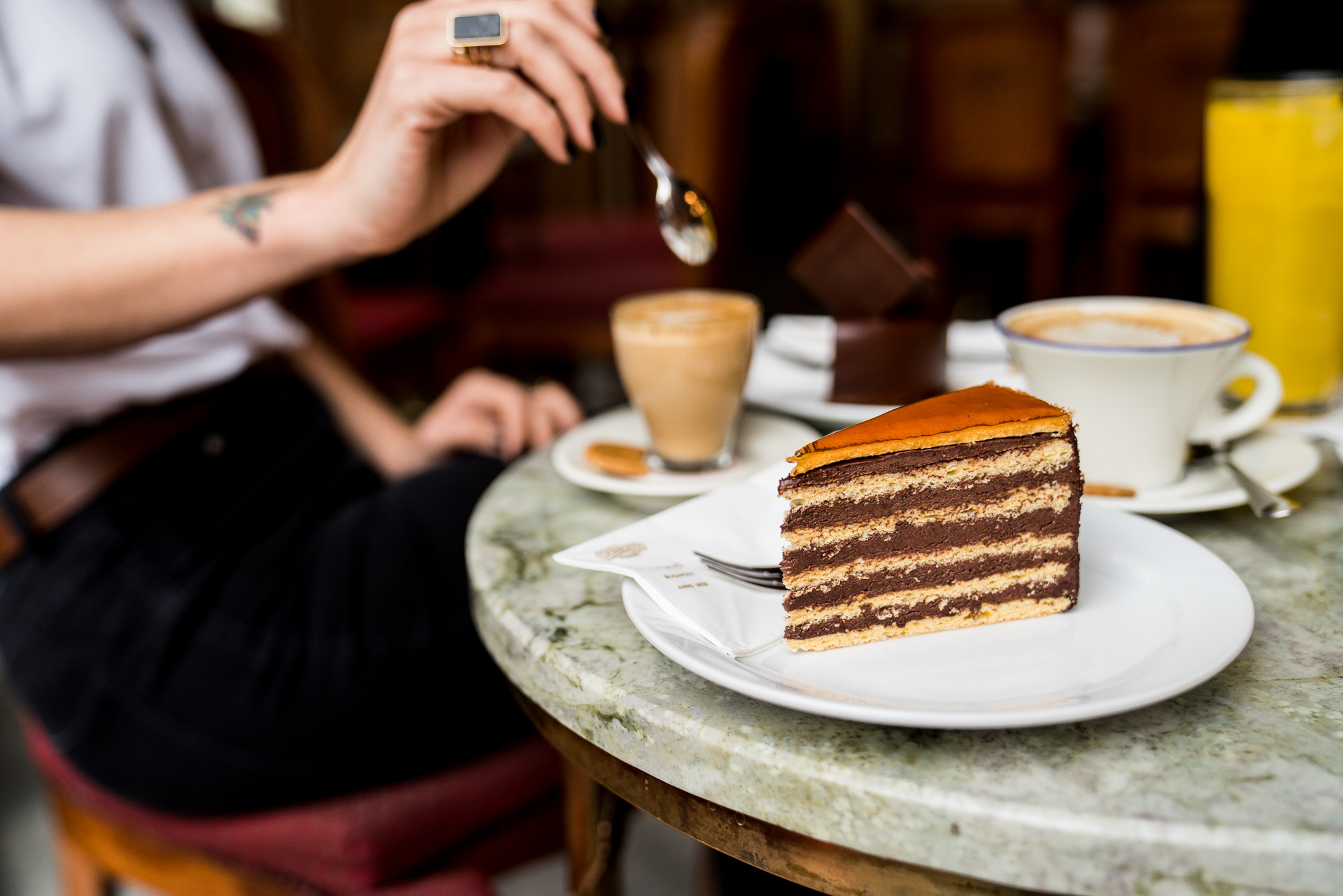 Some tips and tricks

There are several ways you can make ‘zserbó’; there are recipes on the internet that use no sugar, are gluten or milk-free, or dietetic. But if you want to make this classic recipe, there are some tips you need to know.

The filling: The filling is key. You should never skimp on the filling, ever. Especially if you are making ‘zserbó’. If you do not use enough, it might become too dry and flaky. It is best to use homemade apricot preserves or apricot jam. If you are the master of your kitchen, however, you can reinvent the recipe by changing the filling.

The crumbling dough: What is the secret of the best ‘zserbó’ dough? Many say it is lard. You can try experimenting with margarine or butter, but many people swear on lard. There are some recipes that use baking powder, but back in the old days, our great-grandmothers probably could not get a hold on baking powder, so they most likely used yeast.

Dissolve the yeast with a little salt in the warm milk. In a bowl, mix the lard and the flour together thoroughly, then add 50g of powdered sugar, a pinch of salt, the eggs, and the dissolved yeast, then knead all of this together until you can roll it out. If the dough is too dry or hard, you can add a little warm milk to make it more pliable. If done, divide the dough into three pieces and let it sit. After you have waited for a bit, you can roll out the dough into three identical pieces to fit the pan you use. Mix the ground walnut with the rest of the sugar. Put one of the layers of dough into the greased pan, then spread half of the apricot jam or preserve onto the first layer. Cover it with the walnut-sugar mixture and poke some gentle holes into the dough with a fork. Repeat this step for the second layer using the remaining jam and walnut, then place the third layer on top and make some holes in it with a fork as well. If this is done, you should let it sit for about half an hour. Preheat the oven to 180 °C and bake for about 40-45 minutes, until it gets golden brown. It is important not to use the forced-convection or fan mode on your oven. After baking, let it cool down, then spread butter-melted chocolate on top. It is best if the chocolate is just warm but not hot. If you fancy, you can even put another layer of jam right underneath the chocolate topping.