100-year anniversary: the loss of Transylvania

Hungary lost Transylvania a hundred years ago: on December 1st, 1918, the Assembly at Gyulafehérvár (Alba Iulia) declared that Transylvania would belong to the Romanian Kingdom from then on. The “great unification” has been one of the most important national celebrations for Romanians since 1990; however, it has a completely different meaning to Hungarians. So, it is both a day of celebration and a day of mourning.

Events leading up to the 1918 decision

It is common knowledge that the real reason behind losing Transylvania is not the 1918 Assembly – reports Index. One of the main events leading to this was that the Central Powers were losing the first world war. Romania was part of the Allied Powers, thus came out a winner of WWI. Well, in some ways. Barely six months before the win, the Romanian Kingdom came under occupation, lost some territories and had to agree to a humiliating peace treaty. However, as the Allied Powers declared victory, the situation changed.

This brought along the opportunity to realise the Great Romania ideal – the real reason behind the country’s decision to join the world war.

Romania was neutral for the first two years of the war until a secret clause in 1916 promised them Transylvania if they join in.

The Assembly called together on the 1st of December in 1918 was meant to ratify this. The 1228 delegates expressed their wish to have Transylvania, the territory of Bánát and Máramaros, the Kőrős area as well as 26 counties in Eastern Hungary join the Romanian Kingdom. This seemed to comply with the Wilson’ principles; in reality, however, it was a one-sided decision made in Bukarest.

By the time the decision was made, the military occupation of Transylvania was already taking place.

It is true that Romanians are the majority in Transylvania; still, about 1.5 million Hungarians ended up under Romanian rule. Neither Transylvanian Hungarians nor Transylvanian-Saxons were asked about this decision. The Saxons accepted the decision in the end; however, both Hungarians of Cluj Napoca and the Szeklers declared that they do not wish to belong to Romania. Nevertheless, the Paris peace agreements recognised the borders that are in place today.

The significance of the event

In Hungary, the most symbolic date has become 1920 and the Trianon decision, sort of forgetting about the fact that Transylvania was lost already in 1918. On the other hand, from a Romanian perspective, December 1st of 1918 and Gyulafehérvár became symbolic, as the moment of the “great unification”. However, there are two sides to the story on the Romanian part as well. According to the more liberal side, Transylvania cost the lives of hundreds of thousands of Romanian soldiers, so this unification was more of an occupation. As opposed to this, the people’s party regards 1918 as the date of a new country’s birth – explains Nándor Bárdi historian.

From the Romanian side, it was brought up numerous sides why the Hungarians do not celebrate the 1st of December. In answer to this, it has to be mentioned that József Willer expressed the standpoint of minorities in 1932:

they expect loyalty from Hungarians but not the celebration of the loss of Transylvania.

Over time, this turned into an opinion on the government’s side that minorities do not exist, that there are no Hungarians, only “Romanian workers speaking Hungarian”. This was paired with a renewed significance to the “great unification”, implying that it restored historic continuum.

When it comes to Transylvanian Hungarian politics, the original 1918 decision of Gyulafehérvár is crucial, as it serves as a reference point to all the unkept promises towards minorities. The decision included a number of clauses that protected democratic and minority rights.

One example is the 3rd article that promises complete national freedom for nations living together. It declares the right to govern in their own language, with their own administration and their own elected leaders. 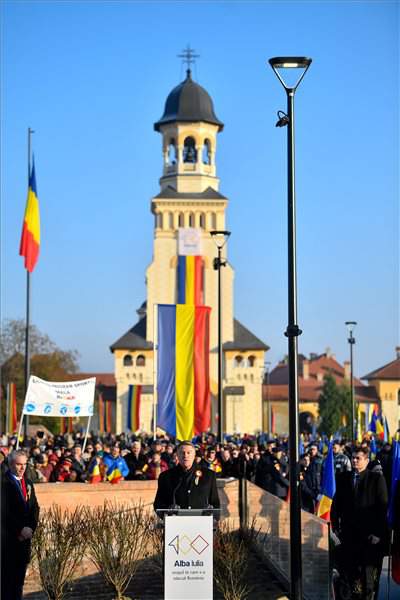 Although these days, it might seem like Hungarians kept a safe distance from the celebration of Great Romania, as it would have caused indignation; if truth be told,

in 1988, Viktor Orbán himself saluted the correlation of the national celebration.

As opposed to this, in 2016, the Hungarian foreign secretary banned Hungarian diplomats from attending Romanian celebrations on this day, causing outrage in Romania. The common provocations from both the Hungarian and the Romanian far-right only add to the delicacy of the situation.

When asked about December 1st and the “Hungarian question”, Nándor Bárdi emphasised that, even if the unity of Romania is the main  topic of discussion, it is still clear that the connection to Szeklerland and the national symbolic celebration are proof on their own that

there is, and remains, a need for the existence of parallel minority societies.

For more news, check out the second part of our ‘You know you’re Hungarian when…’ series.