The protesters used referee whistles, horns and rattlers to express their disapproval of the government and got louder when Prime Minister Viktor Orbán went up on stage to deliver his speech. 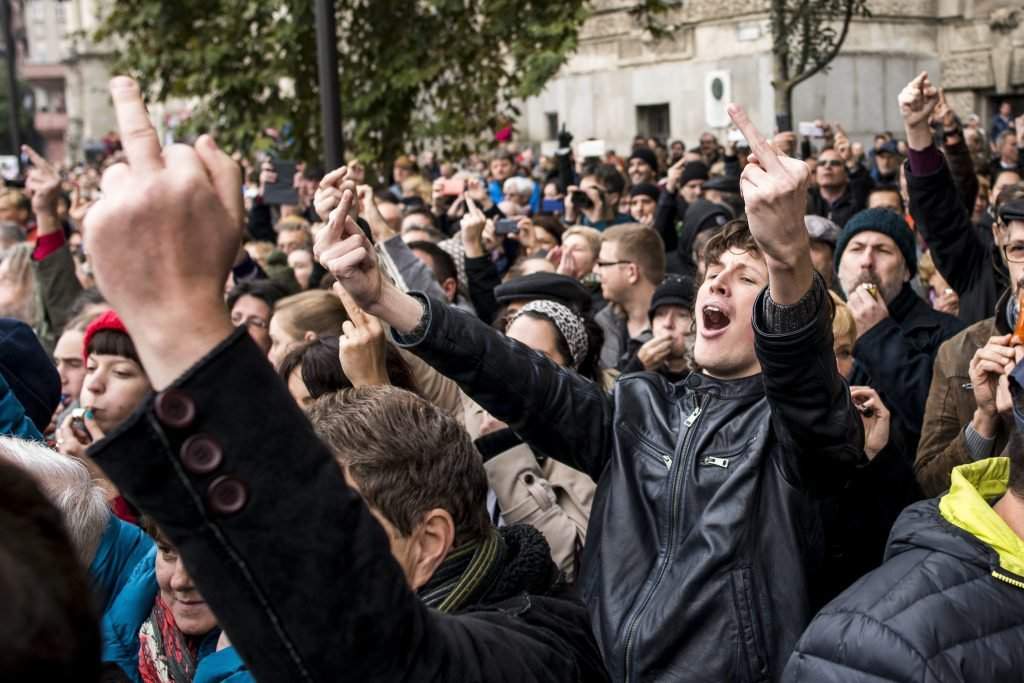 The protesters mainly consisted of supporters of the opposition Együtt party and members of the Civil Opposition Roundtable and the Democratic Resistance civil groups.

Several scuffles broke out between demonstrators and those who were there for the celebrations.

Related article: TODAY – THE 60TH ANNIVERSARY OF THE 1956 HUNGARIAN REVOLUTION 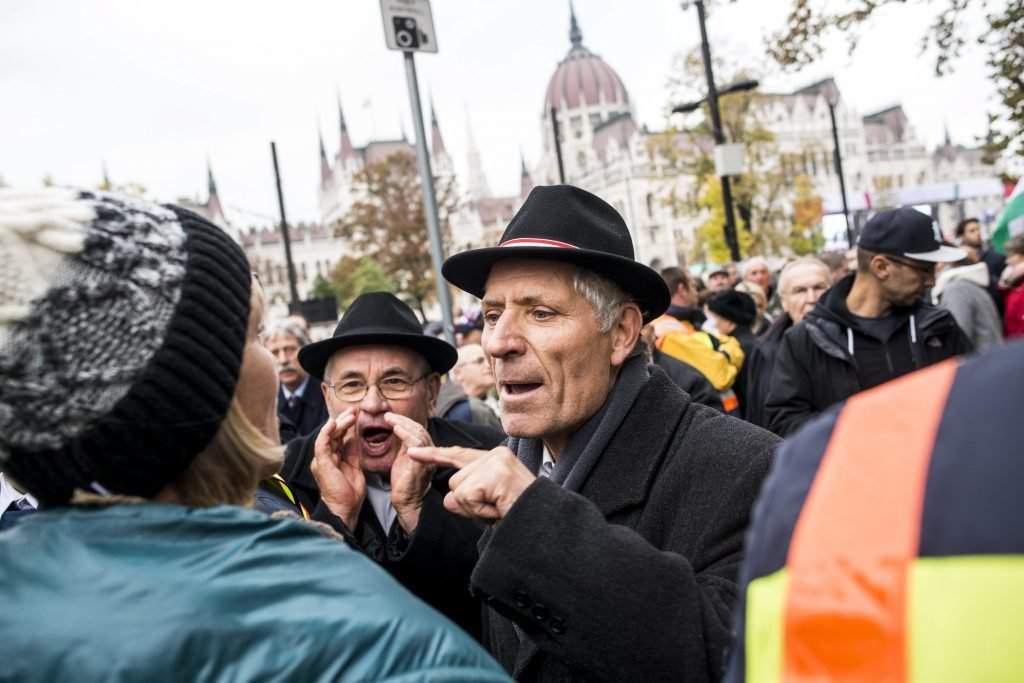 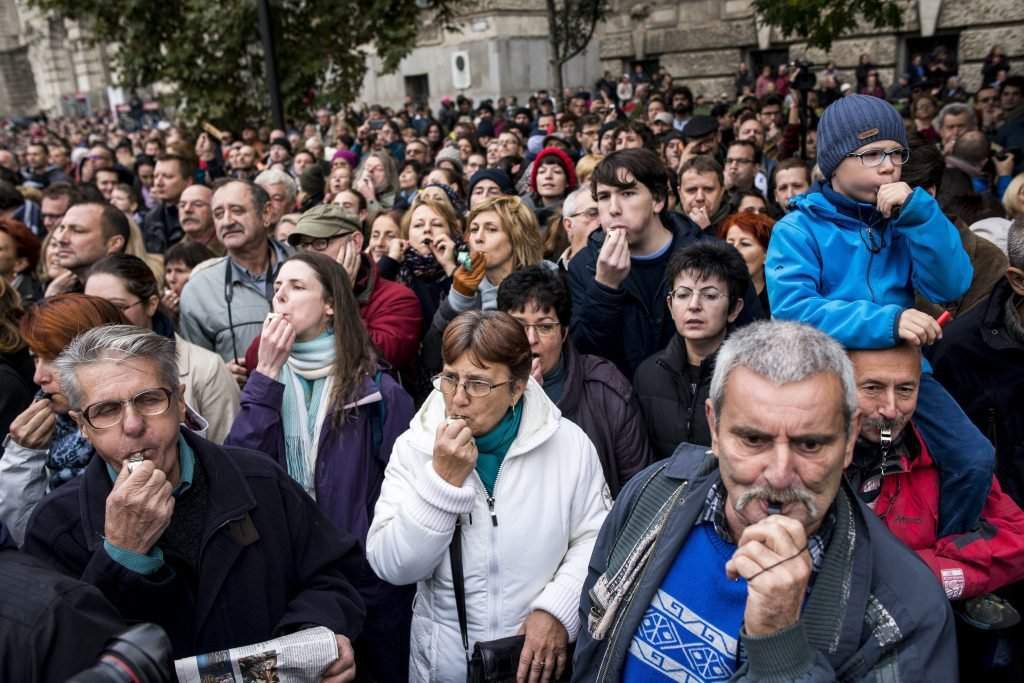 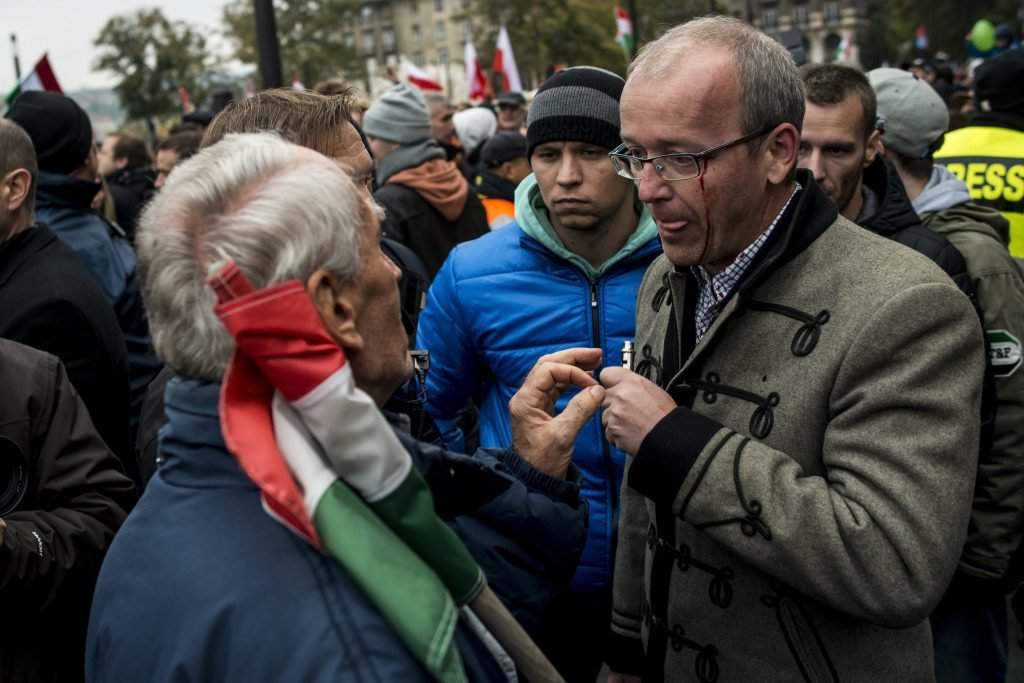 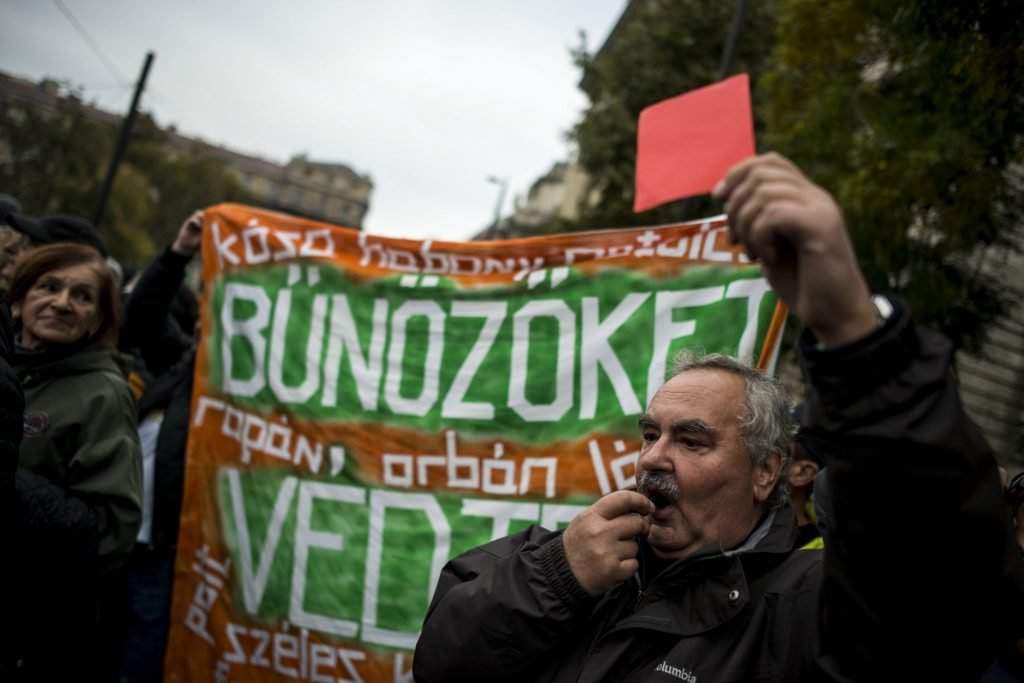 Budapest economy European Union Fidesz Government History Hungary migration Ministry of Foreign Affairs tourism Viktor Orbán
The government and the Mayor of Budapest seem to be joining forces and are planning to…
The Budapest Municipal Court on Tuesday held another hearing in the case of Hassan…
Banksy, a British street artist is bringing his creations to Hungarian audiences. His…
Hungary's economy performed well in recent years. The employment raised significantly…
We and our partners use technologies, such as cookies, and collect browsing data to give you the best online experience and to personalise the content and advertising shown to you. I accept
Privacy & Cookies Policy