25th of March – The birthday of Béla Bartók, the world-famous Hungarian composer

Béla Bartók is considered to be one of the greatest composers of the 20th century. He was an exceptional pianist, ethnomusicologist, the great researcher of Middle European folk music and a teacher at the Academy of Music. With his collection and analytical study of folk music he was one of the founders of ethnomusicology. His art and scientific achievement is of epochal importance, not only in the Hungarian and European music history, but also in universal culture.

Thomas Mann once said that the importance of Bartók’s art was reflected in his eyes. He was soft-spoken but his music spoke instead of him. His painful, troubled works preceded the power of terror, the phantom of WWII from which he had to flee. Bartók’s relentless, strong and strict humanity can be an example for anyone. He confronted any type of dictatorship and could not stand servilism, subservience, self-denial and arrogant foolishness.

According to turul.info, German classicism and romanticism, especially the art of Brahms played important roles in the evolvement of Bartók’s style. With the support of Zoltán Kodály he was intimately concerned with Hungarian folk music and the folk music of neighbouring nations for the purpose of comparison. His composing style slowly changed and leaned on the features of folk music as he came to know peasant music on his journeys. The fulfillment of this change is his opera, Bluebeard’s Castle, which he composed to Béla Balázs’ mystery-play.

Béla Bartók was born on the 25th of March, 1881 in Nagyszentmiklós (today Sinnicolau Mare, Romania). He grew up in a music lover family; both of his parents were very musical and played the piano very well. He took his first piano lessons from his mother; however his first music teacher was László Erkel, the son of Ferenc Erkel. He studied at the Academy of Music from 1899, where he later returned as a piano teacher. He already amazed music lovers and was also a real patriot at a young age. He prohibited his friends and family to write him letters in German despite the fact that he spoke German as a mother tongue. 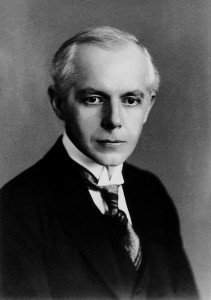 “I will serve only one purpose in my whole life, at every stage, at all times, in every way: the best of the Hungarian nation and Hungarian homeland.”

He is probably most known for his work with Zoltán Kodály in the field of folk music. They traveled throughout the country for ten years to collect folk songs. They taped the songs with a rudimentary phonograph frequently in very hard conditions, not to mention the endless energy they needed to convince rural men to sing.

Turul.info writes that Bartók toured around the world in the 1920s and started the scientific elaboration of their folk music collection. In 1923 he composed Dance Suite for the 50th anniversary of the birth of Budapest. This is his first work in which he expresses the concept of the nations’ becoming one.

He became world famous with his European and American concert tours. His composer work is unique in the western history of music. The ancient Hungarian music appears as higher work of art music in his new melodies. Naturally, his rhythms are much different from the rhythm of classical music; this is why some people found his music to be unmusical.

After a long struggle, he decided to leave Europe in 1940 after he lost his mother and saw the expansion of war and fascism. He immigrated to the United States, where he never felt at home, but continued his work and held lectures about the matters of Hungarian music at Harvard University. He composed his most famous orchestral work, Concerto, at the request of the Boston Symphony Orchestra.

He couldn’t return from his voluntary exile due to an illness. He died on the 26th of September, 1945 because of leukemia, in New York. Only a few people attended his funeral. “But… I want to go back home once and for all” wrote Bartók in one of his last letters in 1945. His desire only came true long after his death. His cremains were finally delivered to Hungary in the summer of 1988, 25 years after this idea was first born.