6th of April – The birthday of Mikós Ybl, the famous Hungarian architect

Miklós Ybl is one of the greatest Hungarian architects, one of the greatest masters of the 19th century, an outstanding representative of historicism, who established the neo-renaissance style in Hungary. Among others he was the designer of the Hungarian State Opera House and Saint Stephen’s Basilica.

He was born into a wealthy citizen family on the 6th of April, 1814 in Székesfehérvár. He was only 11 years old when he started attending the polytechnic school of Vienna, where he became an excellent student. Master training was in the bounds of guilds in Hungary at the time, so after returning from Vienna he joined Mihály Pollack’s workshop in 1830. He was able to start working on the plans of the National Museum and Ludoviceum as a sketcher.

His skills and diligence were already shown at a very young age; his masters released him with excellent certifications and warm-hearted recommendations. Besides architecture he was also interested in art. In 1840, he studied at the Munich Art School, whilst Mihály Pollack entrusted him with the design of the Hungarian National Museum’s frescos and the renovation of the German Theatre in Pest.

The Castle Garden Bazaar then…

The next traditional step of becoming a master architect was a study trip in the world, so he went to North Italy in 1841. After returning to Hungary he wanted to get a civil building right but his request was denied, so he founded the Architectural Institution with Ágoston Pollack; however, they only worked together for a few years. In those few years they designed the renovation plans of the Calvinist Church in Debrecen and the Batthyany Castle in Ikervár.

According to turul.info, he was the personal architect of Count István Károlyi until 1851. During that time he lived in Fót and designed his first masterwork, the romanticist style church of Fót. His first work in Pest was the Unger House, also romanticist just like the National Riding-hall and the church of the Széchenyi family in Nagycenk. 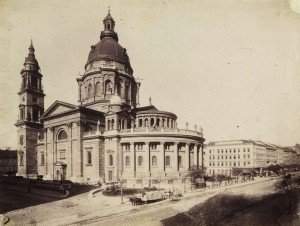 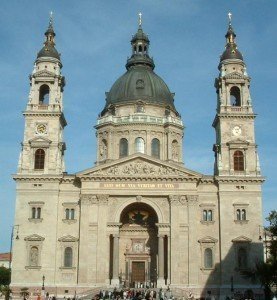 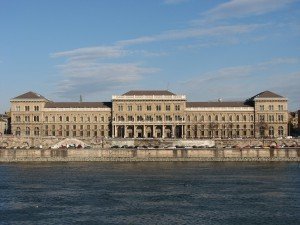 His most brilliant work is probably the Hungarian State Opera House, which is one of the most beautiful theatre buildings in Europe. The neo-renaissance opera house is located on the imposing Adrássy Avenue. It opened its gates to the public on the 27th of September, 1887 with the famous opera, Bánk bán.

The Hungarian State Opera House then… 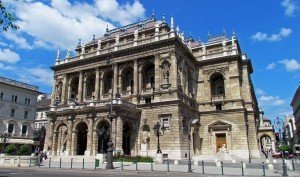 RELATED ARTICLE: 5 surprising secrets that you didn’t know about the Hungarian State Opera

Miklós Ybl, Hungary’s most influential architect died in 1891. The annual architectural prize founded in 1953 was named after him in his honour.