9 things you might want to know about the Buda Castle

Budapest is well-known for its secrets and beautiful historical sites, but there is one that stands out high among the others, the Buda Castle and the Castle District. This architectural wonder is one of the oldest jewels of the city which has lived through almost all the major historical events that happened in Hungary. We have collected some interesting facts about the Castle to help you get to know the nation’s history through it.

1. A classy cavalcade of styles

The castle was built originally in Gothic style, but bore traces of the Renaissance as well. The Renaissance style was first used outside its ‘home’ in Italy in Hungary, thanks to King Matthias Corvinus, who

introduced this style not just through renovation, but also through inviting artists and scientists from Italy.

When the Turks took the castle in 1541, they started to re-design the buildings and interior in Muslim style. However, their residence did not last long, as the Habsburg forces retook the castle in the 1680s. The sieges laid serious waste to the building, so it was agreed to demolish the ruins and build a smaller palace in its place. This took place between 1714 and 1723.

In 1896 it was renovated again, this time by Miklós Ybl, who is known for the designs of the Hungarian Parliament and by Alajos Hauszmann. The following photos were taken by Hauszmann: 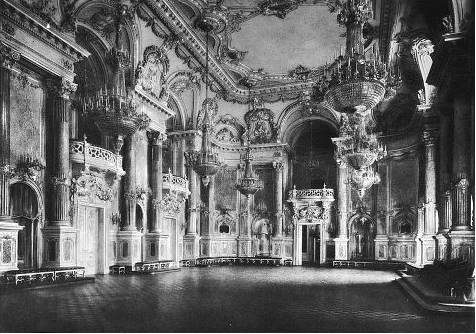 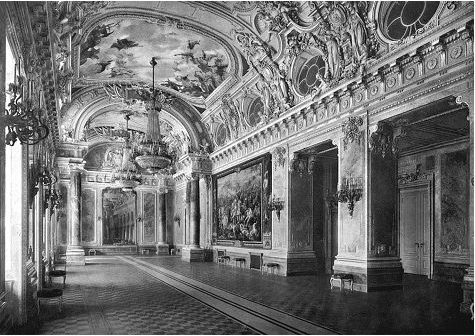 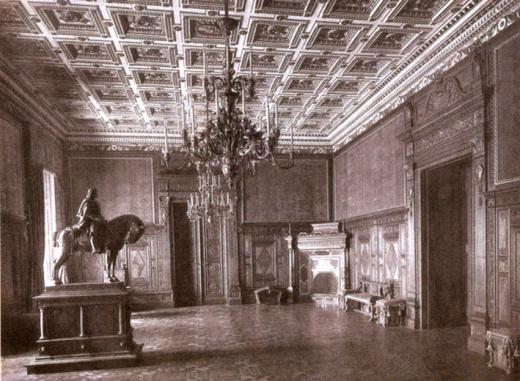 The Second World War seems to be the biggest tragedy in the history of the Castle, as only one hall was left intact after the sieges and bombings out of the 900, the Nádor crypt. However, several rooms were saved and renovated and today are part of the Budapest History Museum in building E.

When Sigismund became the head of the Holy Roman Empire, Buda became Europe’s political centre and capital city. Since the king resided in the castle, his residence itself was declared a jewel of Europe too. Travellers in the middle ages used to say that Europe had three crown jewels:

Venice on the waters, Florence on the plains and Buda on the hills.

3. Part of the world heritage

The Buda Castle is worth a visit not just because the wonderful and artistic architecture and because of its historical value or the view of Pest that you get from here, but also because of the various ways in which culture flows through it. The castle itself gives the home to the National Széchényi Library, the Hungarian National Gallery and the Budapest History Museum. Aside from these institutions, the Budapest Wine Festival (September 6-9 this year) and the Festival of Folk Arts (August 17-20) are both organised here.

5. A whole city underneath the Castle District

many agree that the intricate system is of 10000 metres in length.

However, some historians argue that the tunnels inside the Buda hill were not man-made originally, but nature formed them thousands of years ago. The people living there long before the ancient Hungarians arrived here usually hid in these caves and tunnels from predators.

Later, during the Turkish raids, the Hungarians hid their provisions and weapons in the catacombs. The Turkish used the catacombs when they finally occupied the Castle for storing food and there were even a couple of ice-chambers. When Charles, Duke of Lorraine began to retake the Castle from the Turks in 1698, the Turks expanded the tunnels and hid there.

The catacombs served as a makeshift hospital during the Second World War for the German forces.

The tunnel system was built in such a style that it can be accessed from several residential homes.

The myths surrounding the catacombs and tunnel system underneath the castle and the castle district were cooked up mainly during the 1800s. Word said that if the pashas residing here during the Turkish occupation got bored of one of their odalisques, they had these poor women built into the walls of the cellars and tunnels.

There are other stories built on the ideas of ghosts and vampires residing there, but the scariest one was the one that involved the ‘Black Count’, the father and king of all blood-suckers, Dracula himself. There is not much truth to either of these stories, but it is known for sure that

convicts and criminals on the run often hid in these tunnels,

as the police could not find them there easily, thanks to the complicated, maze-like design of the system.

7. Cannot be accessed by car

Well, this is not entirely true, as the residents of the Castle District and buses can get inside the guarded ‘city’. If you want to access the district, you can either take a walk or

Locals say that when the famous and beloved Empress Elisabeth of Austria lived in the Buda Castle with her husband, Franz Joseph I of Austria, she had a favourite confectionery, the Ruszwurm. Her favourite treats from there were the spearmint candies and the iced coffee.

The confectionery is still operating, if you are interested in why Sisi loved it so much.

9. Does Viktor Orbán live there?

No, contrary to popular belief, he does not, but the President of Hungary, János Áder does, in the Sándor palace to be more precise, where his office is found too.