Almost 10.000 immigrants has undergone medical screening, 262 of them had infectious diseases 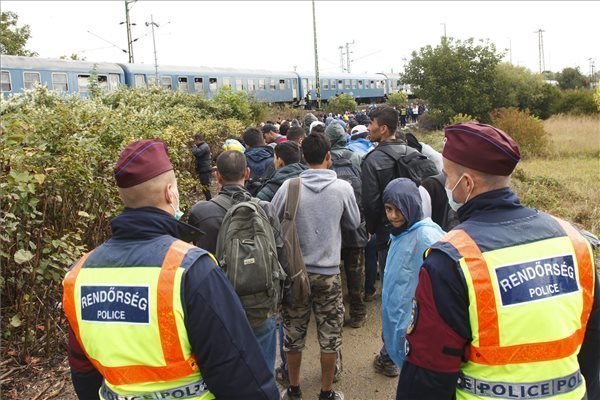 The government is ready to propose a new law to the Parliament which would make it mandatory for immigrants to undergo medical screening. In 2015, 9705 immigrants had such a screening, and 2.7% of the results were positive.

János Lázár said that immigrants refuse to undergo medical screening, which would be helpful in order to determine if they have hepatitis B, hepatitis C, syphilis, HIV, or other diseases, because some of the examined immigrants had. It would be good to know if they are healthy or not, both for their sake and for the country’s as well.

Index.hu was informed by the State Secretariat for Healthcare’s PR Department that in 2015 9705 immigrants has undergone medical screening so far, and the results were positive in 262 cases. Among others there were 11 people diagnosed with HIV, 72 with Hepatitis B, 18 with Hepatitis C, and 33 with syphilis. There’s no record of tuberculosis yet.

Based on the data 2.7% of the immigrants had some kind of a disease, while 97.3% was completely healthy. However, it is reckless to try and apply the results to the immigrants as a whole, because people who were screened all volunteered. It is unknown if the volunteers were willing to undergo the screening because they presumed that they are ill, so the results are higher than they actually should be, or people avoided the screening because they were afraid of the positive results. In this case, the result is lower than it actually is.

No one can be forced to undergo the screening, except if the State Secretariat for Healthcare declares that an epidemic has erupted, which is not the case currently. If this was the case, the medical stuff could force the immigrants to participate in the screening.

The proposal also states, that the status of the public health is stable, but emphasises that the current situation requires the screening of the masses, as more and more immigrants pass the border every day. The proposal would also require migrants to have a certificate of the screening before leaving the transit zones and enter Hungary.

Bence Rétvári, the Ministry of Human Capacities’ secretary of state said that according to the data of the Office of Immigration and Nationality, 27.435 immigrants have applied for medical care (including those who were screened) up to 31 August 2015. For the Office of Immigration and Nationality, for the Hungarian National Ambulance Emergency Service, and for the National Health Insurance Fund of Hungary, the immigration related expenses cost 200 million HUF up to 31 August 2015.

The National Public Health and Medical Officer Service emphasized that hepatitis B, hepatitis C, HIV, and syphilis “can only be transmitted through sexual intercourse, or blood (needles, blood transfusion etc.),” so there is very little chance for Hungarians to get infected by the immigrants.

based on an article of index.hu
translated by Adrienn Sain