Another Croatian earthquake was felt in several Hungarian cities

There was another earthquake in Croatia, this time with a strength of at least five, shortly after 6 PM yesterday evening. The epicenter of the quake was once again close to Petrinja and was detected at a depth of 10 kilometers.

According to Index, the epicenter of the 5.2 magnitude earthquake was not far from Petrinja, near the village of Strašnik. The tremor could be felt for about 10 seconds. Injuries or damage has not been reported on yet.

For the time being, only estimates are available regarding the extent of the damage.

Yesterday’s earthquake could also be felt in Hungary, a person from Székesfehérvár wrote that he felt the earthquake at 6.03 PM, while the Christmas tree and chandelier swung on the tenth floor.

Residents of Újpest also wrote that at 6.02 PM they felt an earthquake again. It was a shorter and milder movement compared to last week, but they definitely felt it.

In Pécs, three minutes after 6 PM, someone else felt that “everything started to shake again, no clatter, no damage, but you could definitely feel the it strong sitting at the table …”

The five-magnitude quake was later followed by two smaller aftershocks. The first was registered at 7:39 PM. It was 2.4 in strength, detected at a depth of 5 kilometres. The second was felt at 8:20 PM, with its epicenter at a depth of only one kilometer.

A reader from Keszthely felt another tremor at 8:25 PM. He put it this way: “the couch was buzzing under us, and the internet stopped for a few seconds. Also, our cats hid in the apartment…”

Darinko Dumbović, the mayor of Petrinja, said that once again debris had covered the streets, and at the same time called on the locals not to go near the damaged buildings.

According to EMSC-CSEM, there has was also a small aftershock of magnitude 1.2 in Croatia. 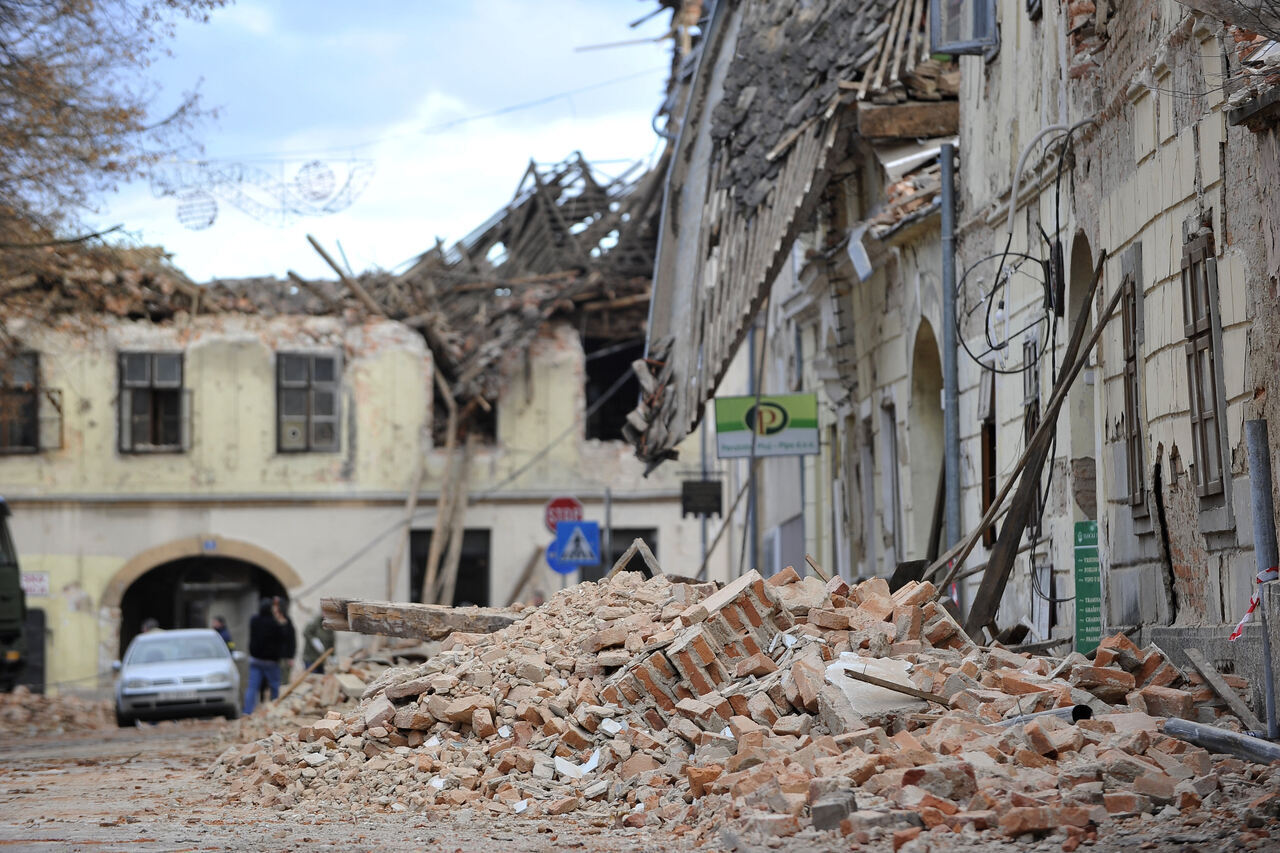