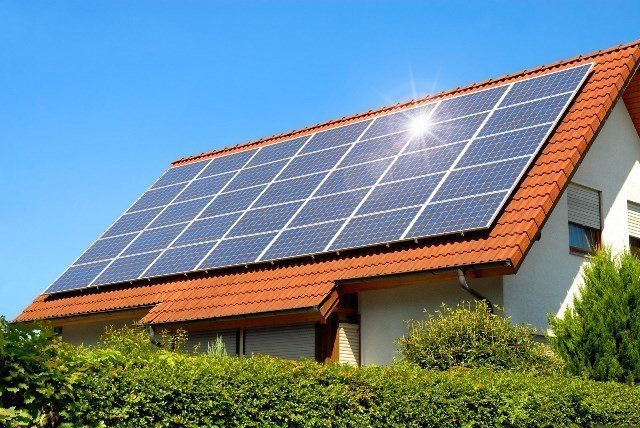 Although the solar panels are fully recyclable, the government imposed environmental pollution tribute on them. It is twice as much as on the batteries. In addition, product charges are also must be paid for the generator and the control unit of the wind power generators – though we do not even build them. Is the Paks nuclear lobby pushing or is it just a blind recovering of money? – Greenfo.hu asks

Product charges must be paid for solar panels producing environmentally friendly electricity from January, Hungarian Solar Collector Association spotted. The new, internationally unprecedented tax can only be explained by recovering money because used solar cell is non-hazardous waste and can be recycled by 100%. With tiny tax amendment, the Orban-government will probably win the attention of the world: environmental levies (in principle, a green tax which offsets the environmental impact of the given product) must be paid after the solar cells per kilogram.

Greenfo.hu has not found any similar initiatives neither by searching on the Internet nor by consulting with professional organizations: installation of solar panels, which are generating electricity without environmental emission – is encouraged by tax incentives and subsidies everywhere. However, in Hungary, the proportion of the electricity produced by solar energy is the lowest in the whole of the EU and because of the state withdrawal; solar panels will become much more expensive.

Would it be more dangerous than batteries?

The rate of the new tax, which seems contrary to the original purposes of the product fee law, is astounding: HUF 114 per kilogram must be paid for aluminum, silicon- assembled, fully recyclable solar panels, while the product charge of the acid and toxic heavy metal- containing batteries is only HUF 57, so the government considers the solar panels twice as dangerous as the batteries.

The average life span of the solar cells is 35-40 years, they are completely recyclable since they made of silicon i.e. the fifth most common element in the earth and their frame is made of aluminum. During the operation, solar cells are reducing CO2 emission as they producing electricity from the energy of the sun, a renewable energy, thereby replacing the traditional fossil and nuclear power so it can be in no way called polluter.

Even so – the solar panel is the best investment

Solar panel is still the best investment because annual yield of photovoltaic systems is 10%, despite the fact that solar panels and electricity are charged by the highest rate of VAT in the EU and the tariff of electricity is still the lowest. The drastic environmental fees are applied to the HUF 35000-55000 + VAT solar modules and it worsens the time of return which is still the longest in our country. Nowadays, thousands of workers of approximately 700 companies produce solar panels, installs and operates solar systems. Businesses are deploying systems for HUF 5000-10000 labor fee per panel so the prize of the systems significantly rises.

Because of this new product fee and the outstanding VAT, foreign enterprises have positional advantage because product fee is only the responsibility and VAT is significantly lower in every surrounding country. Slovak firms are increasingly installing solar systems in our country with more and more extra profit, Greenfo.hu says.

To the question of nol.hu, Erno Kiss, president of the Association of the Hungarian Solar Cell and Solar System confirmed that the amended law from January contains product counterfeiting charges of solar cells which is clarified next to the name in the text of the law the heading, too.

Previously, tax relief also existed in Hungary – in the form of special VAT rate – but this has now been abolished and instead of it, the Hungarian sun cell customers have to pay the highest VAT of the world and the product fee. Moreover, a new cost must be accounted from March: the so-called remote-controlled fire power switch will be mandatory. This is designed to disconnect the solar panel from the electrical system in case of fire, preventing firefighters to suffer electrical shock because of the solar-electricity. Greenfo.hu knows that this switch is also mandatory in Germany, although in most EU countries, firefighters foam the solar cells in order to prevent electricity-production for the time of the firefighting.

The two changes, the product fee and the fire protection device together could make even with 40% more expensive the solar panel investment. From March, one has to pay HUF 400000 more for an investment which cost HUF 1-1.2 million last year. Another interesting feature is that among from the main parts of the wind turbines, the generator and the control unit also have product fees – albeit the government has not issued new wind power plant construction permit for years, it is only a conceptual barrier yet, Greenfo.hu says.

According to the data from 2014, only a negligible fraction of the 4 million Hungarian households, approximately 15- 20000 units have solar panels. This number will not increase in the near future because the rate of investment was around ten year even before this dramatic increase.

According to Greenfo.hu, LMP thinks it is unacceptable that the Orban government wants to make more expensive with taxes the environmentally friendly solar panels. The party will provide a proposal for amending the law and they ask the President to prevent the taxation of the solar panels. Another party, the PM will make a written question to the Minister concerned to know what the reason is the taxation and what would they do in order to correct the clearly flawed legislation.

based on the article of Greenfo.hu
translated by BA