The cars were renovated in Russia, and there are altogether six of them in one unit. Ambassador of Hungary to 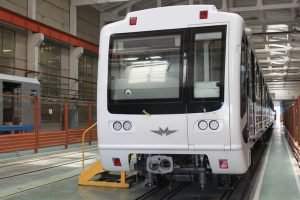 Russia János Balla also attended the ceremony. At first sight there’s nothing wrong with the cars, but judging from the pictures, apart from the front, they look exactly the same as the current ones (the age of the “new” cars is 30 on average).

Index.hu writes that the cabins are modernized, the front of the driver’s cabin is completely new, the security system was updated, and there are cameras on board. The cars’ lifespan is estimated to be 30 years.

Based on the pictures, magyarnarancs.hu writes that the renovated cars were designed in 1992 in Budapest and would have been mass produced if the city had enough money, so nothing is new at all. The question is whether these cars can really be used for thirty more years.