The baths of Budapest like you’ve never seen them before

Milán Radisics took some truly jaw-dropping photos from a bird’s eye-view of the baths of Budapest. Some of these interesting shapes and views were collected by termalfurdo.hu.

The Budapest-based, Yugoslavian born artist, Milán Radisics, is the founder of the award winning Hungarian Zoom Magazine and socialdaily.com. Milán is a hobby photographer, whose works have been featured several times in the Hungarian, Russian and Serbian National Geographic magazines. From his Facebook bio, we find out that he draws inspiration from nature and the human impact on it.

The pools of Széchenyi bath, the wave pool of the Art Nouveau Gellért bath, the roof pool of Rudas bath, and the domes of Király bath are spectacular from above as well, not just from the ground level. In the following pictures, you will get a glimpse of Lukács bath, Dandár, Palatinus, Pünkösdfürdő and the beach of Csillaghegy as well.

The Gellért bath’s current form was finished in 1918, even though the springs of the bath were used already in the 15th century. It is the most prominent representative of the Budapest Art Nouveau. You can enjoy wellness services there, massages, lavender treatments and spas.

The Rudas bath was built over 450 years ago, during the Turkish invasion. As all of the baths in Budapest do, Rudas has an outdoor pool as well, which is the most exciting programme here. This is the panorama rooftop pool, from where the view of the sky and the Pest side is very pleasant. 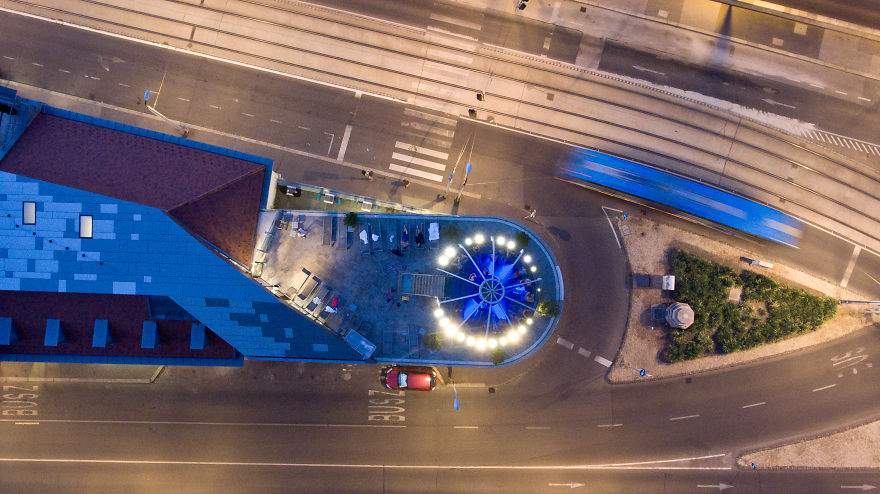 What is interesting about the Turkish Király Bath is that its water is supported by Lukács Bath. The Turks were smart by not connecting it to a direct spring: they could enjoy the bath in the case of a siege. Its construction began in the 16th century, and today you can enjoy not just steam baths and wellness services, but also a fitness room.

This is Budapest’s youngest bath, established at the end of the 1980’s. Paskál Beach is perfect if you’re visiting with your children, as the pools and the playgrounds have been renovated recently. Hungary’s first geothermal sauna was built here.

You will find Palatinus Beach at Margaret Island, and was established early in the 20th century. This was the first open-air bath in Budapest ever, but a year after its establishment it was closed because of the expansion works. In the 1930’s it was expanded with yet another pool, the wave-pool. 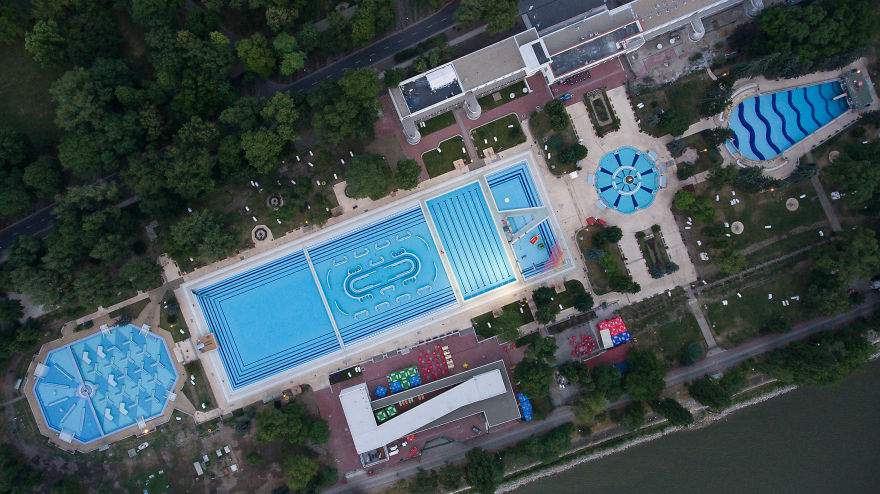 The Lukács Bath was built in the 12th century by knights of the order of Rhodes and Malta, and was later used by the Ottomans. However, the Ottomans exploited not the healing powers of the spring, but it was rather used for grain milling and for manufacturing gunpowder. The bath used to be the favourite relaxing spot for high-society members.

This beach is somewhat under construction, as a new bathing complex is being developed and a lot of the green space has been sacrificed for this purpose. Despite of this, the pools are still open and you can enjoy an affordable water experience. 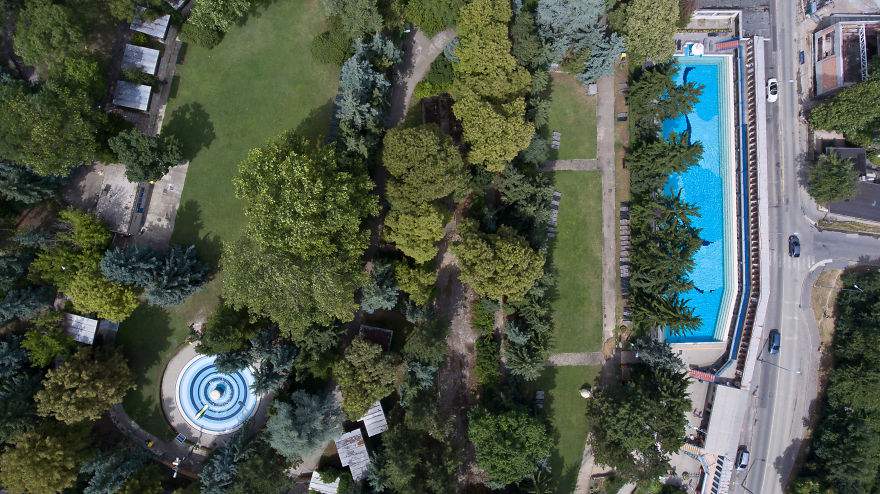 There is a nice green area and three swimming pools at Pünkösdfürdő Beach, which was built on the bank of the Danube. It was designed by Alfréd Hajós, after whom a swimming stadium was named recently.

Dandár Bath was renovated recently and now awaits visitors with two outdoor pools, a sauna world and a restored thermal department. Another plus is the healing water, which you can also drink, as there is a drinking fountain too.

Being the biggest bath complex in Europe, it is no wonder that the Széchényi Bath is the top one in Budapest. The bath was built in 1913, but it already had a predecessor from 1881, which was not able to meet the current needs. Fun fact: as it is close to the Budapest Zoo, the pool of the hippos is filled with the same water as the pools there. Owing to this, the hippos are very fertile, thus the majority of the hippos in the European Zoos have Hungarian roots.