The best Hungarian photos of 2017

Szeretlekmagyarorszag.hu reports that the jury of Sony World Photography Awards has announced that Edina Csoboth’s work, titled Oliver, is the winner of the Hungarian National Award this year.

The National Award is the world’s greatest photography competition. The Sony World Photography Award’s global programme is open to all photographers, without respect to how professional the photographer is. Its aim is to pick the best work done by photographers of the 65 participating countries.

Edina Csoboth summarised the story of her winning photo, Oliver, in a few sentences: “I wanted to make a pure and suggestive portrait of Oliver, whose unique characteristics I highlighted with natural lights and analogue technology. I needed an outdoor location and a medium format camera for the perfect atmosphere.” 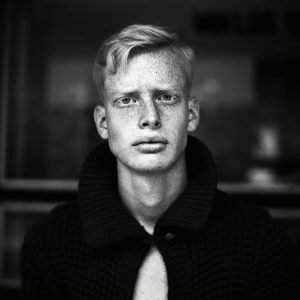 Edina got involved with photography in 2006, her talent was discovered quite early on. She’s always been most attracted to portraits, but she also took part in fashion photography, which gave her a good base, so that she could later follow her own concepts. Her work Punk City won in the fashion category at the 2011 Sony World Photography Award.

“Being the first among Hungarians at such an illustrious competition is a great honour and makes me really happy. I wouldn’t have thought that I could repeat my 2011 win” said the photographer.

The national winners of the competition will all be exhibited at the Sony World Photography Awards’s exposition (Featuring also Martin Parr’s oeuvre) in London from the 21st of April till the 7th of May.

You can check out all of the awarded photos here.