Beyond Budapest: 5 Hungarian cities to visit

Budapest In recent years,has become one of the most visited European cities. Its hundreds of historical monuments, its culture and unequaled beauty have made it one of the favorite destinations of those tourists who want to continue to be amazed with each trip. However, Budapest is not the only city in Hungary worth visiting.

The Danube country hides iconic places outside its capital: from the medieval structures of the 14th century to the neoclassical influences of the 19th century. Hungarian cities are full of life, majestic castles, history and art. Any city in Hungary hides among its streets an endless number of restaurants and leisure options that will show you the current Hungarian culture.

So, if Budapest is on your list of upcoming trips, we recommend that you try to extend your vacation days to also visit some of these cities in Hungary that have so much to show. And so that your trip does not lack detail, in ugyfelszolgalat-telefonszam.com you will always have at your disposal the phone you need at any time and anywhere in the world. This way you will not have to worry about keeping track of the number of taxis, that of the hotel or that of the airline. You will have everything ready in the palm of your hand so that your only concern is to enjoy your trip to Hungary.

The 5 best cities in Hungary to visit

First of all, you could not miss the country’s capital, Budapest. The vibrant city is becoming a more popular destination among international tourism. A city where past and present meet in the same space. With hundreds of historical monuments, the magical city of the Danube offers equal parts history, relaxation and nightlife.

It is another of the great acquaintances of Hungary. With a long history of more than 2,000 years, it is a city that currently preserves important archaeological sites such as the 11th century Cathedral of Saint Peter and Saint Paul or the Pasha Qasim Mosque. In addition, it is a university city where young people and natural wines will not be lacking.

Its name perhaps sounds to you for being the second largest city in the country. However, Debrecen is much more than that. Located on the great plain of Hungary, the old capital of the country hides endless interesting places, museums and cathedrals. In addition, in this city there is also never a nightlife surrounded by bars and university clubs.

This charming city located on the shores of Lake Balaton is another of the most popular destinations for both local and foreign tourists. And it is that the waters of the lake are a great claim to spend a pleasant day with family or friends. Despite the fact that historical monuments do not predominate in this city, its greatest claim falls on the nature and leisure options offered by Lake Balaton. Siófok is, without a doubt, a very good stop on your trip through Hungary.

Located on the border with the neighboring country and just over an hour from Vienna, Sopron is an interesting mix of cultures and languages. It has an interesting combination of citizens who speak Hungarian and German as a result of having been a city that was part of the Austro-Hungarian Empire. 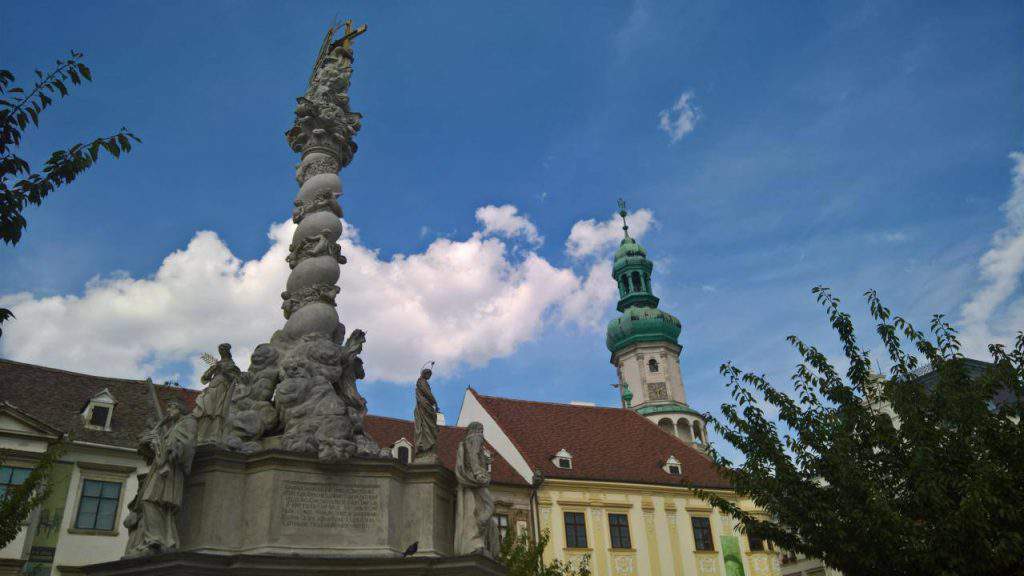 Thus, the history of the city can also be reflected in the styles of its architecture, with Fire Tower being the main attraction of the city.

As you can see, Hungary has places full of history and beauty that are worth visiting, so on your next visit to Budapest, how about including any of these cities on your vacation route? We assure you that you will not be disappointed!