The biggest Hungarian battles of history

Here are some notable battles throughout Hungarian history, some of which ended in victories while others ended in serious losses.

The Battle of Pressburg – also known as the Battle of Pozsony or Bratislava – was fought for three days between July 4-6, 907, ending in Hungarian victory. The Hungarian forces went up against the East Francian Army.

Despite being called the Battle of Pressburg (Bratislava), it is not known if it actually took place there; some people claim the battle was fought at “Brezalauspurc” – wherever that may be – or somewhere near Zalavár.

Because of the Battle of Pressburg, the Kingdom of Hungary was established, lands the Hungarians conquered in the Carpathian Basin were secured, and no one tried to invade the Kingdom in the coming 120 years. Another notable outcome of the battle was that the Kingdom of East Francia lost control over the Carolingian March of Pannonia.

The Hungarian casualties were deemed not significant, but the East Francian army was nearly annihilated. From their four commanders, three – Luitpold, Margrave of Bavaria, Dietmar I, Archbishop of Salzburg, and Prince Sieghard – died, and only Louis the Child remained. Two other bishops, three abbots, and 19 counts, among many others, were lost as well.

This battle is clearly one of the most significant ones, as it allowed the Kingdom of Hungary to be established and ended the Hungarian conquest. You can read more about the battle HERE.

The battle that ended with huge Hungarian losses took place on August 10, 955, where German forces defeated the Hungarians near Augsburg.

A year prior to the battle, the son of Otto I, or Otto the Great, Liudolf, conspired against his father, along with his brother-in-law, and they requested help from the Hungarians. Otto I, however, stopped their rebellion before the Hungarians even passed the border. The next year, the Hungarians thought it was time for a new looting campaign, and they sent messengers to Otto I, telling him to pay them taxes, but he only sent presents in return, wrote Dívány.

The Hungarians stumbled into Bavaria in late July and decided to loot and capture Augsburg. The Hungarian forces had fewer than 25,000 people, and Otto I greatly overestimated it, thinking the Hungarian troops consisted of hundreds of thousands of people.

On August 8, the Hungarians started their siege of Augsburg, and the protectors of Augsburg managed to fight them off for three days, when Otto I finally got there, with eight thousand people, divided into eight legions.

When the Hungarians heard the king was on his way, they stopped the siege and went to the other side of the River Lech during the night.

Otto I had figured out the strengths and weaknesses of the Hungarians before they got to the field, and he knew they were not great at close-combat and that they were used to battles on prairies. The rain over the night also helped the Germans’ case, forcing the Hungarians to lower the nerves from their bows.

Although the Germans suffered serious casualties during the battle, it still ended with a decisive Hungarian loss. All three commanders of the Hungarian forces were captured and later executed in Regensburg.

Everyone has heard and learned about the Siege of Eger in school and from Géza Gárdonyi’s book, Egri csillagok. It is an emblem of patriotic heroism in Hungary.

The Siege happened during the Ottoman Wars in Europe, in 1552. Kara Ahmed Pasha led the Ottoman Empire to besiege the Castle of Eger, while István Dobó and the defenders of the castle heroically fought against them.

Before the Siege of Eger, two Christian forts fell in Temesvár and Szolnok, which were huge losses to the Hungarians, so when Ahmed and Ali joined their armies before going to Eger, many believed Eger to be a lost cause.

Eger played a key role in defending the remaining Hungarian land from the Turks. Next to Eger was Kassa, a city with important mines and silver and gold resources. Handing those resources over to the Turks would surely result in disaster, as it would allow them to alternate routes and logistics and expand even further west.

Despite the odds being stacked against them, the defenders repelled each and every attack the Ottoman army threw at them. Their storage tower exploded and resulted in significant structural damage to the fort, yet the enemy still could not infiltrate. The battle went on for 39 days, and the Ottomans eventually withdrew from the battle, humiliated.

The reason behind the siege of the fortress of Szigetvár was that it blocked Sultan Suleiman the Magnificent’s way from reaching Vienna. Sultan Suleiman led his Ottoman army against the forces of the Habsburg Monarchy, which was led by Miklós Zrínyi.

The Siege of Szigetvár lasted over a month, from August 5 to September 8, 1566. It was both Zrínyi and Suleiman’s last battle; Zrínyi died during the last charge while Suleiman passed away of natural causes.

Both sides suffered huge casualties. The Ottomans lost 20,000 people during the attacks, while almost all of Zrínyi’s 2,300 people were killed. The last 600 men still standing were almost all killed on the final day of battle.

The battle may have been a victory for the Ottomans, but it still stopped their attempts to advance towards Vienna.

Cardinal Richelieu, a French statesman and clergyman, called the collision “the battle that saved (Western) civilisation,” because of its significance.

Read more about the battle that “saved civilisation” HERE.

The Battle of Temesvár was part of the Hungarian Revolution of 1848 and took place on August 9, 1849. The Hungarian Revolutionary Army, with the help of some Polish and Italian volunteers and led by József Bem, fought against the Austrian Empire led by Julius Jacob con Haynau. The battle ended with an Austrian victory.

Despite the Hungarians having slightly more manpower, their people were inexperienced and did not have good equipment like the Austrians did. This Hungarian division was led by Henryk Dembiński, before he retreated to Szeged, just before Haynau’s arrival with his army. Dembiński was forced to step down as commander, and József Bem took over, arriving at the battlefield 11 hours after the battle had begun.

Haynau sent 12 cannons to attack the Hungarians, but Bem fought back with a cannon and six cavalry troops, forcing the Austrians to retreat. However, despite doing well and holding their ground at the beginning of the battle, the Hungarians used up munition quickly, and Bem was unaware that Dembiński had moved the munitions elsewhere. Haynau realised the Hungarians were out of munition and sent his army to attack, hoping reinforcements would arrive soon. Bem also fell from his horse at one point and got badly injured, and the Hungarians could not recover after that.

The battle ended in a victory for the Austrians, with many Hungarian losses and casualties, and Haynau captured around 6,000-7,000 men. It was clear after the Battle of Temesvár that the Hungarians could not win the revolution. 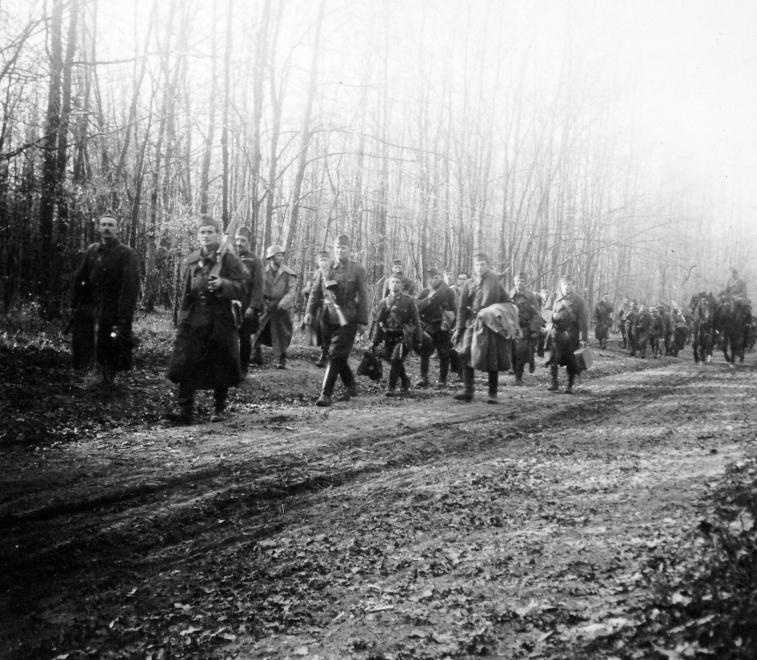