Válasz.hu has made an exclusive interview with Mayor Eric Fairbrother in which the mayor said the Hungarian government preparing to donate a memorial plaque of János Arany to the town of Montgomery, which would be exhibited in a befitting location.

The mayor remarked that unlike at the time of King Edward today, Wales has no separatist aspirations – the province is a proud member of the United Kingdom.

The mayor has also noted that a sister city agreement between Nagyszalonta and the town of Montgomery was under consideration; currently, the decision is in the hands of the city council, he added. 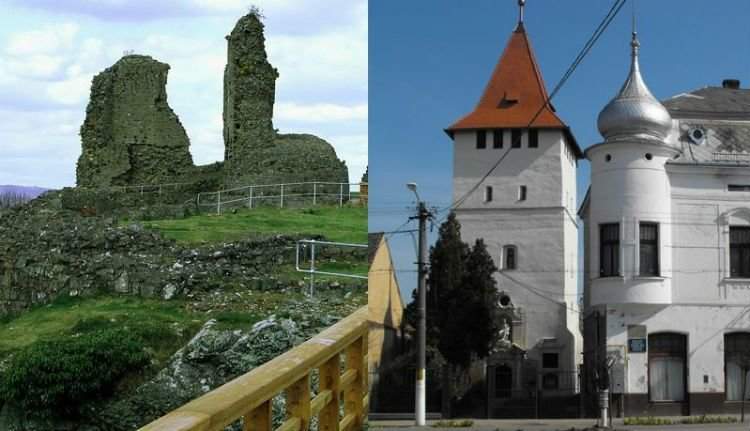 The Bards of Wales is written by Hungarian Poet János Arany after the crushing of the 1849 revolution and war of independence by the Habsburgs. The narrative of the poem is based on the story of Welsh bards who refused to praise King Edward who conquered their country; but apparently, most of the citizens of Wales have never heard of the story. The poem was translated into English by Peter Zollman.

The bards of Wales’

King Edward scales the hills of Wales
Upon his stallion.
“Hear my decree! I want to see
My new dominion.

“Show me the yield of every field,
The grain, the grass, the wood!
Is all the land now moist and rich
With red rebellious blood?

“And are the Welsh, God’s gift, the Welsh,
A peaceful, happy folk?
I want them pleased, just like the beast
They harness in the yoke.”

“Sire, this jewel in your crown,
Your Wales, is fair and good:
Rich is the yield of every field
The grassland and the wood.

“And, Sire, the Welsh, God’s gift, the Welsh,
So pleased they all behave!
Dark every hut, fearfully shut
And silent as the grave.”

King Edward scales the hills of Wales
Upon his stallion.
And where he rides dead silence hides
In his dominion.

With fish, the meat, and fruit so sweet,
To tease the tongue, the eyes,
A splendid spread for a king to be fed
A lordly enterprise.

The waiters file with the best this Isle
Can grow in drink and food,
And serve the fine Bordeaux and Rhine
In gracious plentitude.

“Now drink my health, you gentle sirs,
And you, my noble host! You Sirs…
Welsh Sirs… you filthy curs,
I want the loyal toast!

“The fish, the meat you served to eat
Was fine and ably done.
But deep inside it’s hate you hide:
You loathe me, every one!

“Well, then, you sirs, you filthy curs,
Who will now toast your king?
I want a bard to praise my deeds,
A bard of Wales to sing!”

They look askance with a furtive glance,
The noblemen of Wales;
Their cheeks turn white in deadly fright,
As crimson anger pales.

Deep silence falls upon the halls,
And lo, before their eyes
They see an old man, white as snow,
An ancient bard to rise:

“I shall recite your glorious deeds
Just as you bid me, Sire.”
And death rattles in grim battles
As he touches the lyre.

“Grim death rattles, the brave battles,
And blood bestains the sun,
Your deeds reek high, up to the sky:
You are the guilty one!

“Our dead are plenty as the corn
When harvest is begun,
And as we reap and glean, we weep:
You did this, guilty one!”

“Off to the stake!” the king commands,
“This was churlishly hard.
Sing us, you there, a softer air,
You, young and courtly bard!”

“A breeze so soft, does sweetly waft
Where Milford Haven lies,
With wailing woes of doomed widows
And mournful maidens’ cries.

“Maiden, don’t bear a slave! Mother,
Your babe must not be nursed!” …
A royal nod. He reached the stake
Together with the first.

But boldly and without a call
A third one takes the floor;
Without salute he strikes the lute,
His song begins to soar:

“Our brave were killed, just as you willed,
Or languish in our gaols:
To hail your name or sing your fame
You find no bard in Wales!

“He may gone,’ but his songs live on –
The toast is `King beware!’
You bear the curse – and even worse –
Of Welsh bards everywhere.”

“I’ll see to that!” thunders the King,
“You spiteful Welsh peasants!
The stake will toast your every bard
Who spurns my ordinance!”

His men went forth to search the North,
The West, the South, the East,
And so befell, the truth to tell,
In Wales the famous feast. –

King Edward fled, headlong he sped
Upon his stallion,
And in his wake a blazing stake:
The Welsh dominion.

Five hundred went singing to die,
Five hundred in the blaze,
But none would sing to cheer the king
The loyal toast to raise.

“My chamberlain, what is the din
In London’s streets so late?
The Lord Mayor answers with his head
If it does not abate!”

Gone is the din; without, within
They all silently creep:
“Who breaks the spell, goes straight to hell!
The King can’t fall asleep.”

“Let drum and fife now come to life
And let the trumpets roar,
To rise above that fatal curse
That haunts me evermore!”

But over drums and piercing fifes,
Beyond the soldiers’ hails,
They swell the song, five hundred strong,
Those martyred bards of Wales. (*)

(*)Although doubted by scholars, it is strongly held in the oral tradition that King Edward I of England had five hundred bards executed after his conquest of Wales in 1277, lest they incite the Welsh youth to rebellion by reminding them in their songs of their nation’s glorious past. János Arany.

Arany wrote this poem when the Austrian Emperor Franz Joseph first visited Hungary after he defeated it in its 1848-49 War of Independence. Originally he was asked to write a poem to praise the Emperor.

"Holocaust education is a mandatory part of Hungary's national curriculum," State…
Hungary is in talks on the issue of a three- to five-year "green bond" with investors…
The new ultramodern Sauska Winery, located a few kilometres from Mád, Tokaj, can be…
We and our partners use technologies, such as cookies, and collect browsing data to give you the best online experience and to personalise the content and advertising shown to you. I accept
Privacy & Cookies Policy