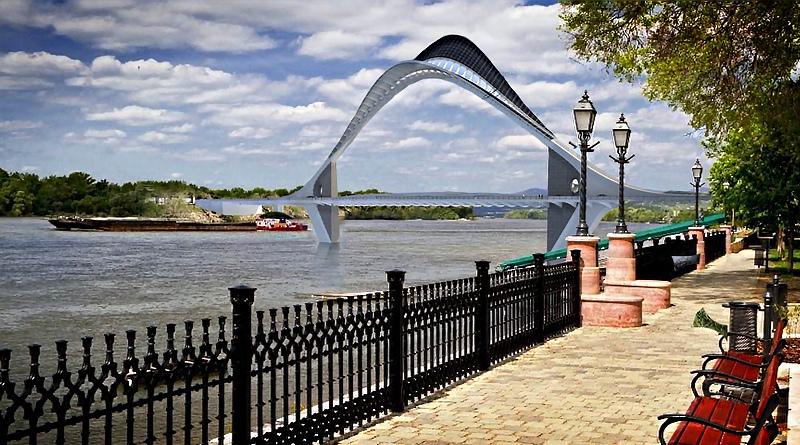 The planning of a brand-new Danube bridge leading to the Szentendre Island, has reached the next stage.

The call for tenders for the preparation of the new Danube bridge at Vác was published back in April. Currently, this large-scale development is under the auspices of Nemzeti Infrastruktúra Fejlesztő Zrt. (National Infrastructure Development company) and the winners of the tender have been announced just now.

According to Magyarépítők, the winners are UNITEF’83 Műszaki Tervező és Fejlesztő Zrt. (Engineering Design and Development) and Roden Mérnöki Iroda Kft. (Engineering office). The next step is to prepare the decision-making study, the environmental impact study and most importantly, the designs for the final bridge.

Szentendre Island is an island on the Danube that extends from the Danube Bend, down until the borders of Budapest, Hungary’s capital. Making it a 31 kilometres long island with an area of 56 square kilometres. Apart from the Megyeri Bridge, which crosses the southern end of the island, there is no access leading to the island. In conclusion, there is only one bridge leading to the Szentendre Island near Tahitótfalu right now.

Thanks to the new bridge, this might change in the foreseeable future. Furthermore, the brand-new Danube bridge will connect the Sződliget junction of the traffic-heavy M2 highway with main road 11 through the Szentendre island.

Additionally, in their study, the companies will examine any other possible crossing points on both branches of the Danube around the island. Moreover, they will take into account water habitat protection, flood risks and shipping criteria. You can check out other, currently ongoing developments in Hungary HERE.

It should be noted that Szentendre Island divides the Danube into two branches, the Eastern one being the main branch. According to Origo, depending on the exact location it will be at least 600 metres long. In order to avoid water vessel traffic, the openings of the bridge’s supporting structures need to be 120-180 metres apart. This creates challenges.

Moreover, the road to connect the bridge to the existing traffic needs to be around 16 kilometres long.

This means that the existing M2 highway and main road 11 will have 16 kilometres of new road added to. Whether the road leading to the bridge will be normal road connections or roundabouts is revealed once the engineering studies are ready. 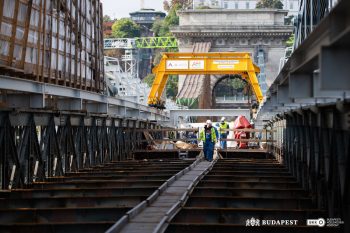 Read alsoGood news! Renovation of the Chain Bridge is going as planned – PHOTOS!