The brief history of the tramways of Budapest

1887 was a significant milestone concerning the track-based transportation. That was the year of the first route of the first tram, Pestbuda.hu reported.

The first tram was launched with a conduit system on its 1-km route from Budapest-Nyugati Railway Terminal with a speed of 10 km/h. Electricity, the main accomplishment of the Second Industrial Revolution, gained ground in Budapest’s transportation. The narrow tracks were broken down; the one in the boulevard was lengthened until the Rákóczi Street at first, later till the Üllői Street. The first underground (now Metro Line 1) was also launched in this era. By the end of WWI, about one thousand trams ran within Budapest’s transportation system, carrying about 380 million passengers. Later, the tram network had developed a lot, new tramways were being built, the tramway-cars had been renovated, and a uniform numbering system was introduced, tram wires were constructed. 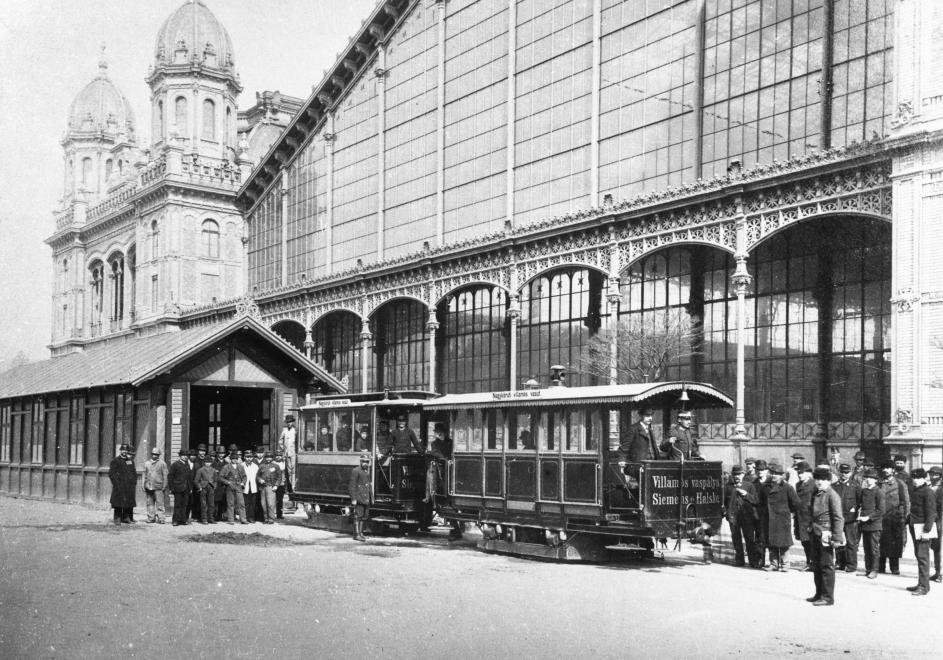 1887, at Nyugati Railway Station photo: FortepanDue to WWII, development slowed down, and 85% of the overhead wires were destroyed. Thereafter, the first tram crossed the Liberty Bridge in 1946, on Buda, when tram nr 58 was launched. Since 1951, new trams were purchased, which closed their doors automatically. That was convenient and more safe for passengers. Unfortunately, the Revolution of 1956 destroyed the majority of the trams, only Line 109 was left unhurt, and only one-third of the tramways remained useable, Pestbuda.hu informs.

Another emblematic type of trams, the FVV 1200, appeared in the first half of the 60s. The uni-directional, articulated tram is also called Bengali. Their maximum speed did not reach 50 km/h, but this was not why they had to leave Budapest. Due to their size, they could not turn, and due to their construction, you could get on them only on the right.

You can still travel by some of the trams produced by Ganz Manufactory, Pestbuda.hu notes. Only a few know that their prototype was equipped with lighted tables showing the stops, heating, and loudspeakers. For some reason, heating was not built in serially-manufactured types.

At the end of the 60s, the council of the capital merged the companies operating buses, trolleys, trams, boats and the suburban railway into one company, so, on 1. January 1968, the Budapest Transport Privately Held Corporation came into life.
Subway construction transformed the suburban railways and the tramways. Some routes disappeared and new ones were built. Thanks to the Hungarian Ikarus Manufactory, the bus fleet became broadened and modernised.

Recently, the role of trams has become more significant, which is proved by the construction of the merging tram network, moreover, the yellow trams fit to the image of Budapest.

Based on the official statistics, the number of migrants trying to get through the…

As a result of the pandemic outbreak, people started to accumulate non-perishable…
We and our partners use technologies, such as cookies, and collect browsing data to give you the best online experience and to personalise the content and advertising shown to you. I accept
Privacy & Cookies Policy