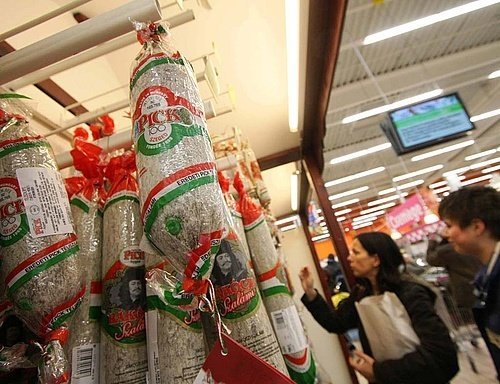 Budapest Airport has reported a spate of strategic retail developments in 2013, aimed at improving retail spend per passenger. Highlights include a multi-retailer campaign featuring Hungarian products and a series of Trinity promotions in partnership with Heinemann Duty Free and regional brands, moodiereport.com says.

According to moodiereport.com, in April the retailer opened a music and souvenir shop offering several popular destination products, ranging from hand-painted and gilded porcelain to Rubik’s Cubes and cube-themed merchandise.

The moodiereport.com said, during the summer the bud:shopping team, part of the airport’s commercial division, organised a multi-retailer campaign entitled Hungarian is Trendy. The promotion involved all airport retailers which stock Hungarian products, and offered free gifts and samples to around 6,500 shoppers throughout the season. Budapest Airport also partnered with Heinemann and several regional brands in a series of six month-long “Trinity promotions”: Zwack Unicum, and other brands featured included Royal Tokaji wines.

In December a new Spar supermarket opened in the landside are of Terminal 2B.