Budapest to become a world music meeting-point at Budapest Ritmo

According to szeretlekmagyarorszag.hu, the Budapest Ritmo, Hungary’s latest and greatest world music festival, will serve as a meeting point for the region and the world through music and traditions. It was inspired by the success of the 2015 WOMEX, which was held in Budapest.

Budapest Ritmo is presented as the programme of Hangvető, part of the CAFe Contemporary Art Festival. The organisers, Csaba Káel managing director of Müpa and Balázs Weyer programme director of Hangvető said that they were reassured by WOMEX that Budapest is capable of organising a world music meeting. On the other hand, a professional event which gathers the musicians and experts of the region is missing in Eastern Europe. Consequently, most performers will come from neighbouring countries, where the musical impact of Bartók is still present while having many unrevealed areas.

The life and heritage of Béla Bartók will be the focus of the festival’s opening concert, where Transylvanian, Hungarian, Romanian, Serbian, Croatian songs, and Bartók’s work of art inspired by them, will intone in a completely new composition on the 13th of October.

“World music is very traditional and contemporary at the same time” said Balázs Weyer. This will be demonstrated on the other days of the festival as well, for instance, at Miklós Both’s Mysterious Ukraine concert. The composer spent two years on a collecting trip in Ukraine and he was inspired by the rhythms of village communities which he heard in their original forms. Twelve singers from two Ukrainian villages will be performing at the premier on the 15th of October.

There’s also going to be two other premiers related to Hungary at the festival. One of them will be the performance of Ági Szalóki, Dina Pandzarisz and Mónika Lakatos, who represent three different folk music cultures: Vlach gypsy, Hungarian and Sefard Jewish. The other performance will be the improvised encounter of a Hungarian dulcimer duo and an Egyptian oud master. 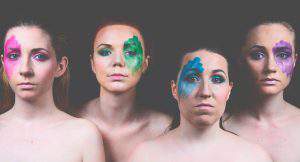 The concerts will be held in four different locations. The opening concert and the Egyptian-Turkish spiritual musician, Omar Faruk Tekbilek’s concert will be held in the Bartók Béla National Concert Hall. Bands taking the dancefloor will perform in the CAfe tent near Müpa, while the Festival Theatre will be the stage of absorbing musicians. Lastly, the Atrium Stage will be a separate location for emerging bands.

The unique performers of the festival won’t only bring along the folk music traditions of 25 countries, but there’s also going to be exciting genre fusions. You’ll get to see Finnish folk-hop in the interpretation of Tuuletar, Monoswezi born from the love of Scandinavian jazz and East African music and even the dialogue of Norwegian Lapps and Roma music.

Beside the concerts, there’s going to be a professional conference in English at the festival, where topics like the importance of music centres and music export, the importance of country image and the heritage of Béla Bartók will arise. Click here to see the detailed programmes of the festival.

So new energies are certain to come into being at the festival, both on the stage and in the auditorium, with several of recent years’ greatest stars of world music playing alongside the Hungarian and East European artists.