Budapest, February 26 (MTI) – The general assembly approved the Budapest City Council’s 2014 budget today.
The budget was approved with 18 supporting votes from ruling Fidesz-Christian Democrats and 14 votes against by the opposition lawmakers.

Deputy mayor in charge of finances Gabor Bagdy, of the Fidesz-Christian Democrats, said the city council was “in control of the financial situation” and noted that the greatest risk is posed by the 4th metro line because the settling of the projects’ accounts will be finalised at a later date only. The city council has set aside a 25 billion forint current account credit line and general reserves of 10.5 billion forints to handle risks, he said. 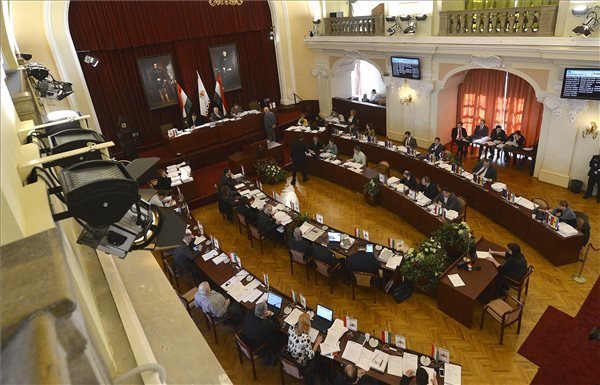 Main opposition Socialist representative Kata Tutto said the state was increasingly drawing away resources from the city council and the council has insufficient funds left to carry out tasks.

Gyorgy Szabo of the radical nationalist Jobbik said despite some favourable changes compared to the pre-2010 period, the council has failed to develop a well-functioning model for operation. He highlighted public transport as an area where problems remain to be unresolved.

Independent representative of PM Akos Hanzely criticised the budget for a lack of concept beyond “efforts to ensure the survival of public utility companies and public transport.”