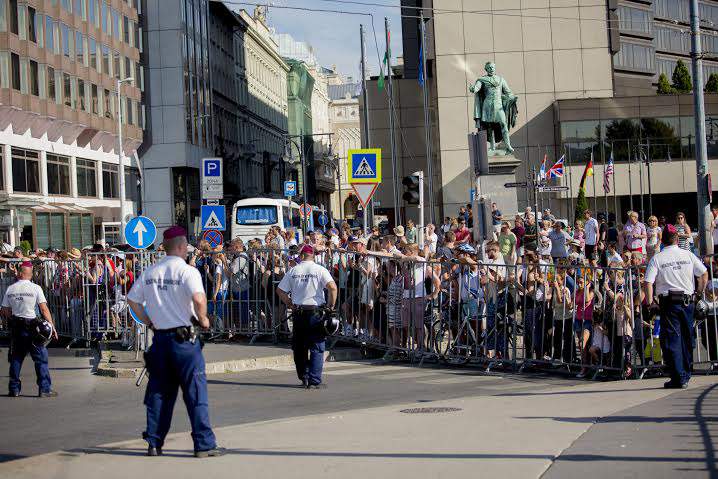 The organisers of this Saturday’s Budapest Pride said that the LGBTQ march should bypass containment fences and this could prove a safe alternative as long as police cooperate, spokesperson Cintia Karlik said.

Feedback from participants on a plan to use an alternative route in order to have a fence-free march has been positive, the spokesperson told the press on Friday. Organisers have been asking police for several years to find a better solution for securing the event than to build containment fences, she added.

Dániel Hollander, another spokesperson for Budapest Pride, said it was a positive development last year that there were no anti-Pride troublemakers. This year the organisers will draw on 250 escorts and 50 legal observers to aid security and the latter will use cameras to record any irregularities, he added.

The Budapest police headquarters said on Thursday that the upcoming march would be secured with fences.