CNN: iconic buildings in Budapest by the ‘Hungarian Gaudi’ 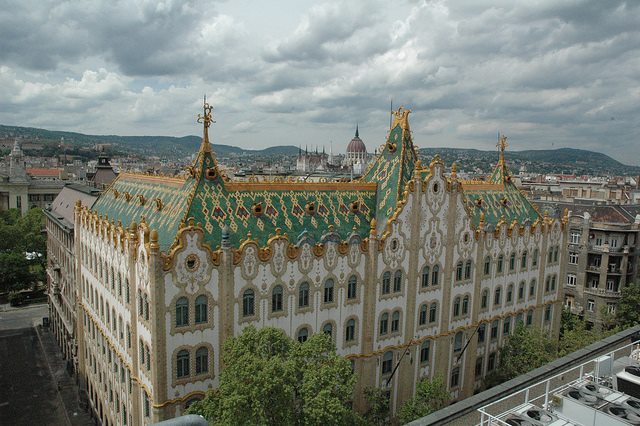 The Hungarian capital has a lot to offer, including the marvellous views and the amazing architecture. There was one man who especially contributed a lot to the current outlook of Budapest. His name is Ödön Lechner, also referred to as the ‘Hungarian Gaudi’. After taking a look at the following buildings he designed, you will understand why.

Ödön Lechner, a talented Hungarian architect, shaped the future landscape of Budapest by his bold designs – reports CNN. In his lifetime, Hungary was still part of the Austro-Hungarian Empire. Towards the end of the 19th century, however, a new art movement surfaced to rebel against the traditional styles that the Austrians loved. This gave way to Lechner’s bold, playful ideas involving intricate ceramic details and daring colours, all used to express his national identity.

The building was designed in 1896 and still houses the Geological Institute of Hungary. Visitors of the museum can learn about Hungary’s geology and see collections of minerals and prehistoric footprints. However, just going to see the building itself is totally worth it as well. Its iconic blue-tiled rooftop is adorned with intricate forms, ceramic fossils as well as little figures of Atlas holding up the globe. 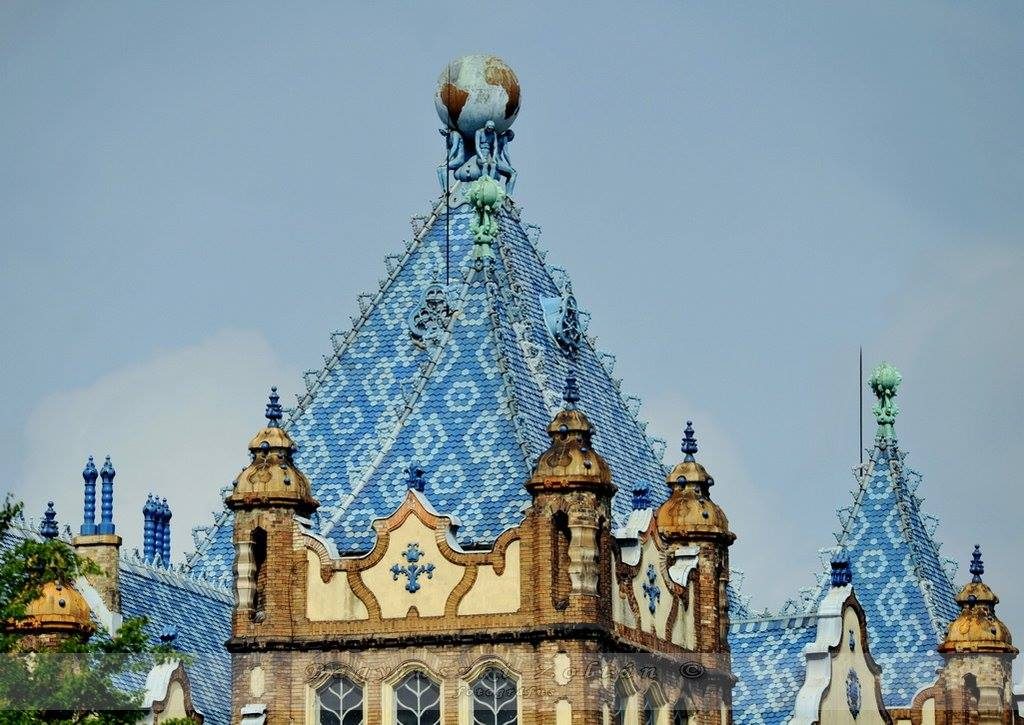 Thanks to the Zsolnay Porcelain Factory that produced pyrogranite, a material that is outstandingly good in bearing outside weather conditions, Lechner was able to use it for the roof tiles and decorative architectural ceramics that are part of this building, too. In fact, this material actually became crucial for the fate of the art nouveau style in Hungary. 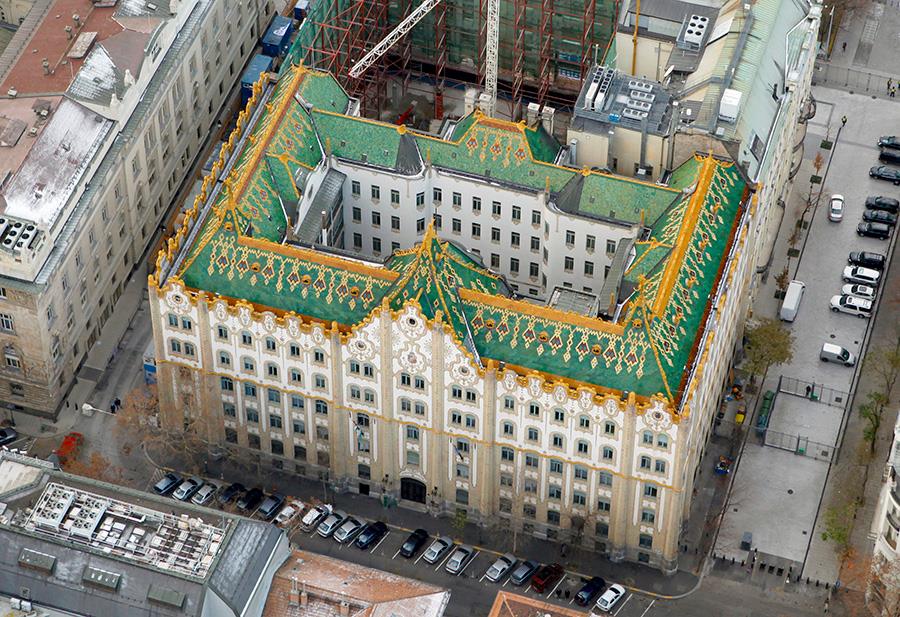 Taking a closer look at the buildings designed by Lechner, it becomes clear that he was searching for a Hungarian identity that he could express visually. The building of the Hungarian State Treasury is a spectacular example of this. Besides the beautiful rooftop design that also showcases motifs inspired by local folk art, the front of the building is also adorned with flowers that are typically part of Hungarian embroidery.

Lechner’s first building in Budapest was completed in 1886. Unlike his later work of colourful rooftops and intricate motifs, this building evokes the French Renaissance with its neutral grey colours and the many arches and turrets. According to CNN,

“Drechsler Palace established Lechner’s worth as an architect, but a decade later he would shun this conservative style for something bolder.” 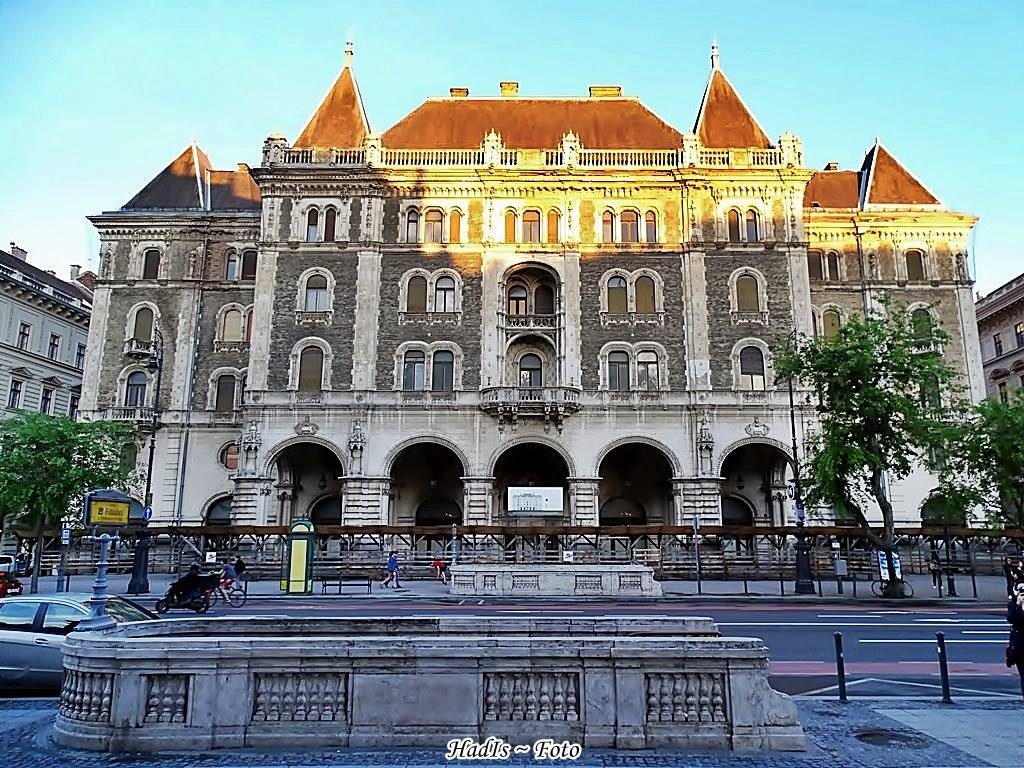 Interestingly, despite the name, this building had never been a palace. It used to be an apartment block, commissioned by the Hungarian Railways, as an investment for the workers’ pension institute. Over time, it also housed the Drechsler Café and was home to the Ballet Institute. Sadly, it has stood empty for about two decades now, but the exterior is still beautiful. Also, it seems like there is a potential resurrection around the corner, and the building might have a bright future as a luxury hotel that is part of the Marriott Hotel Group. 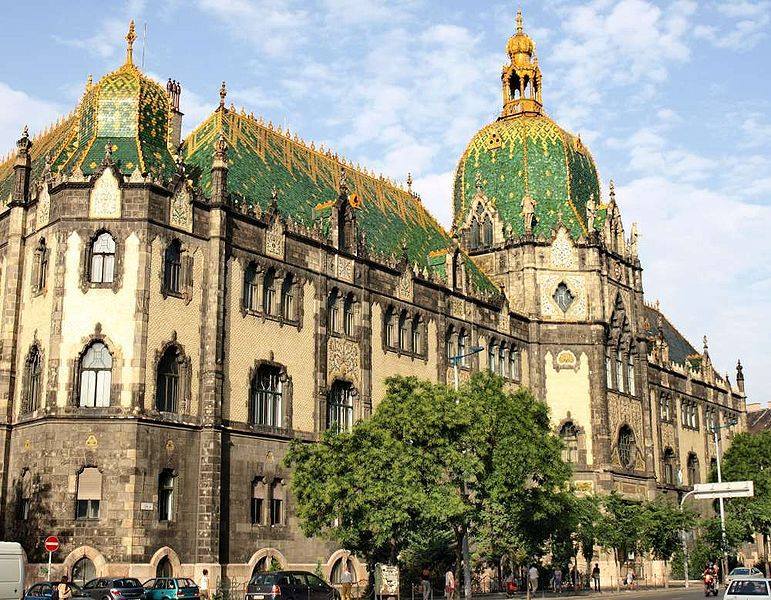 Last but not least, the building of the Museum of Applied Arts has definitely become one of the iconic buildings of Budapest. Even though it is under renovation right now, you can probably catch a glimpse of the unique rooftop, “Lechner’s architectural manifesto”.

In the 19th century, it was a popular theory to place Hungarians’ ancestry in the East, going as far as India or Persia. The décor of the museum’s building, with its Indo-Saracenic influences and bold ceramic flowers, reflects such beliefs. However, this Oriental influence invoked some criticism by contemporaries, calling it gaudy. Lechner later toned down the appearance of Eastern motivation in his designs, though his colour choices still remained bold and exotic.

For more news, check out this article about videos revealing all the secrets of Budapest.