CNN reports about the Hungarian giant falcon statue in Atlanta 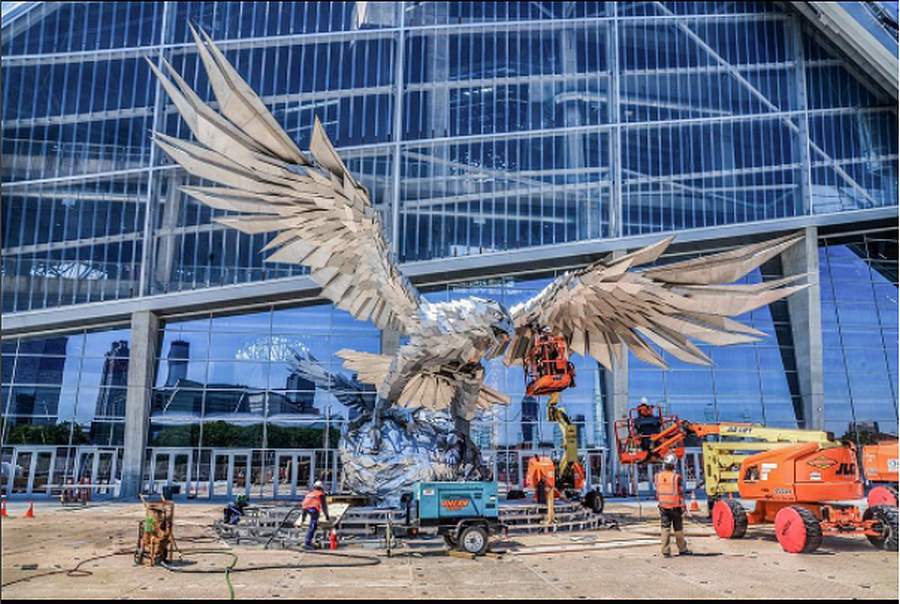 Gábor Miklós Szőke holds the world record of the biggest statue about a bird. It has almost failed to be made. 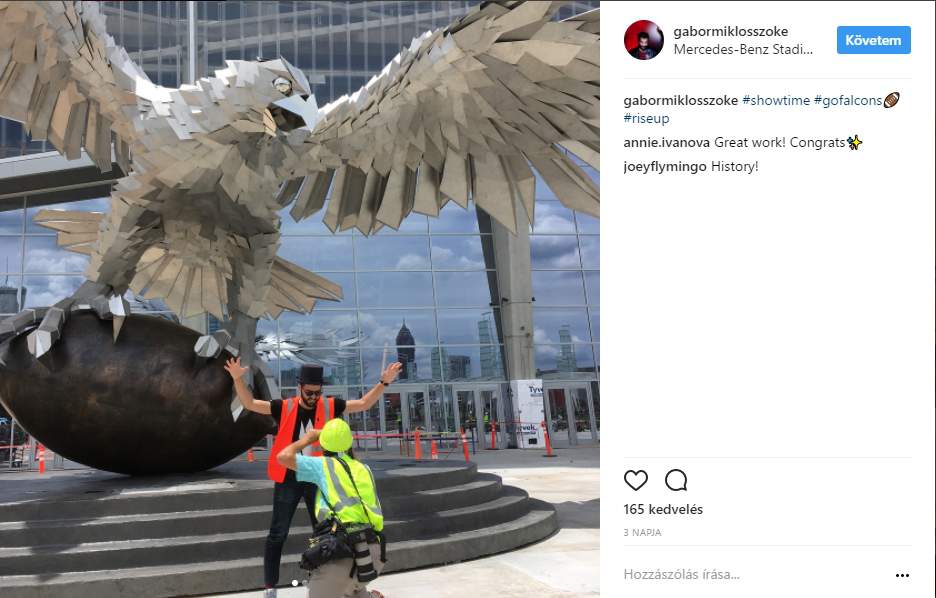 As Szeretlekmagyarorszag.hu writes, Atlanta Falcons hired a Hungarian artist, Gábor Miklós Szőke to create a statue of the team’s mascot. It is not a new phenomenon in the sculptor’s life that he is asked to build a statue about a sports team’s pet bird of prey: he is also the creator of the giant eagle in front of Fradi’s stadium in Budapest.

The Fradi statue is also a quite large piece of art: it has a wingspan of 12 meters, it is 8 meters tall and weighs about 15 tons. That is the statue that brought Szőke fame and success in the first place, and it was the reason why the NFL team decided to hire him for the job.

He does not design only birds, but also other sorts of animals, such as his horse statue in Slovakia (which is the largest one in Europe) or the “puli” dog (a typical Hungarian shepherd dog with shaggy fur) in Washington. 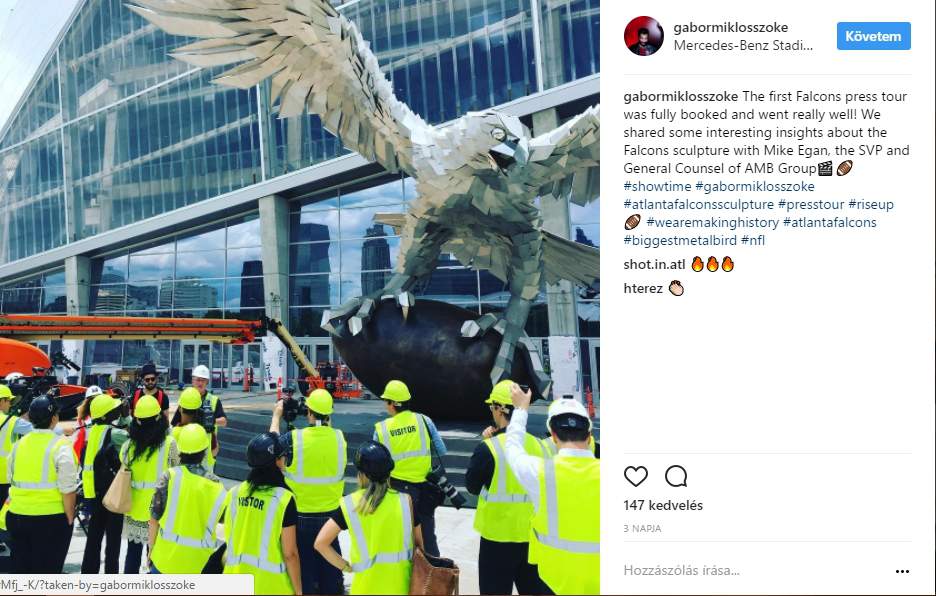 This new falcon statue is now standing in front of the Atlanta Falcons’ stadium that is currently under construction from a 1.6-billion-dollar budget.

The gigantic (12.5 meters tall) sculpture with a wingspan of 21 meters was made by his team of 150 people in his studio in Budapest, and it was shipped to the USA in four containers. Szőke studied the flight of the falcons in order to create a credible statue about the bird of prey. He used steel, bronze and asphalt for making the sculpture. The statue inauguration took place in last month, and the special steel falcon drew the attention of the press.

CNN also praised Szőke’s work. They wrote that it is the largest bird statue according to team Falcons. Szőke declared that this statue was probably the most important piece of work in his career so far.

Szőke also shared an anecdote with the reporter of CNN: the statue almost failed to be made as the email of Falcons’ owner Arhur Blank got into the spam folder for some reason.