Conference of German-Hungarian chamber of commerce

Budapest (MTI) – Addressing an event held by the German-Hungarian chamber of commerce on Thursday, government office chief Janos Lázár said that Hungary’s government had notched up many gains for Hungary’s economy but an outstanding task is to boost the country’s competitiveness.

Out of the labour force of 4.3 million employees, almost one million have jobs in the public sphere while 300,000 work for state-owned companies, Lázár noted. The competitiveness of the state and the country has not grown in the past few years. Part of the reason is structural, he said, adding that it is necessary to improve the competitiveness of the economy, the Hungarian state and its society.

Boosting competitiveness as well as sustaining and improving economic growth are the two most important tasks in the next few years, Lazar said.

This involves improving the employment rate, which has significantly risen since 2010, from 54 percent to 65 percent in the 15-64 age group, he said. 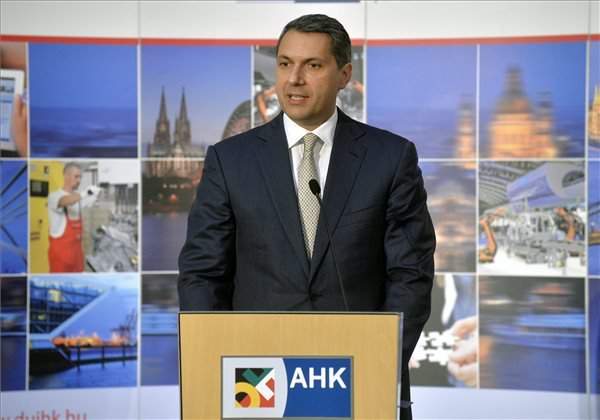 Quality of services must be vastly improved and digitalization must be more widespread in the public sector, Lázár said.

In the next few years, plans are to streamline the public workforce by 300,000, he added.

He said that it was unknown what the state of affairs would be after 2020, when the current European Union financing period ends. This is all the more reason to boost the country’s competitiveness now, he added.