An exit poll published after voting closed in the British election on Thursday night suggested the Conservatives are on course to win a massive Parliamentary majority.

The results of the poll were released by Britain’s main television organizations as soon as thousands of polling stations across Britain closed at 10 p.m. local time.

Based on interviews at more than 140 polling stations, the exit poll gave Prime Minister Boris Johnson’s governing Conservatives 368 seats in the 650-member House of Commons and the main opposition Labour 191 seats.

If the results of the exit poll turn out to be accurate, Conservatives would have an 86-seat majority in the Commons. 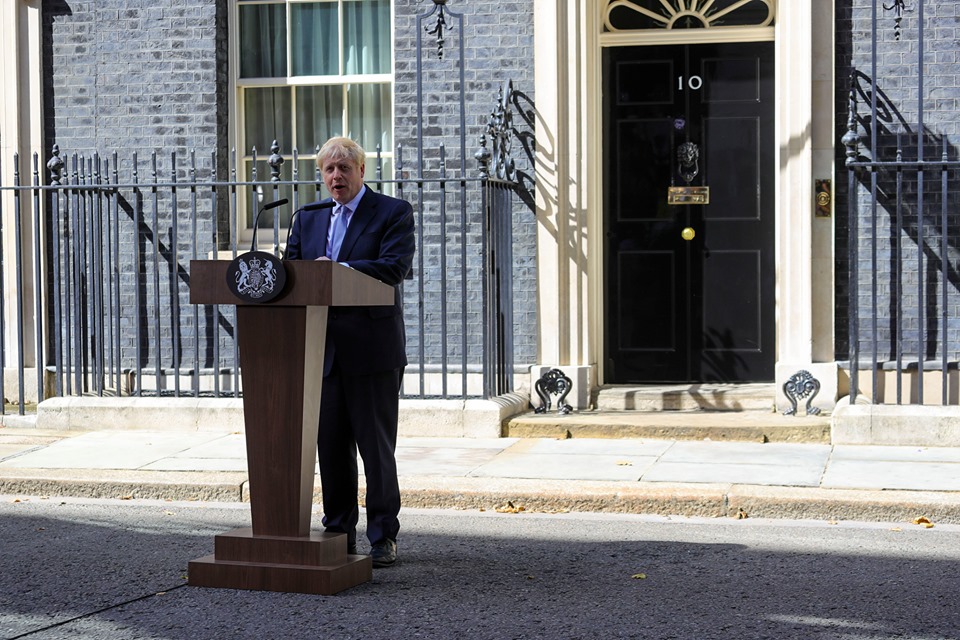 British Home Secretary Priti Patel said it puts Johnson on course to carry out his pledge to end Britain’s membership of the European Union (EU) within weeks.

It would be enough to give Johnson the majority he needs to pave the way for Britain’s exit from the EU on Jan. 31, 2020.

It would match a victory won by former Prime Minister Margaret Thatcher in 1987 and Labour’s worst performance in a general election since the early 1980s.

Shadow Chancellor John McDonnell, of the Labour Party, described the result, if confirmed in the counts, as a catastrophe.

McDonnell said it was clearly a Brexit election and many voters had opted to use their votes to get the question of Britain’s EU membership out of the way.

Previous exit polls have usually proved to be an accurate litmus test of what to expect when the results start to pour in during the early hours of Friday from the 650 constituencies across Britain.

This time, divisions over Brexit between leavers and remainers could have an impact on the results.

Johnson went into the election heading a minority government with 318 seats, unable to get support in parliament for the Brexit deal he brokered with Brussels.

The exit poll gave the minority Liberal Democrats 13 seats while Nigel Farage’s Brexit Party will win no seat. The Scottish National Party would have 55 seats.

More than 20,000 people were asked how they voted as they left polling stations.

Sterling shot up by 2 percent to 1.35 U.S. dollars seconds after the exit poll result was published.