Budapest, September 18 (MTI) – Government spokesman Zoltan Kovacs called it a “serious incident” that Croatia’s authorities had sent some 1,000 migrants on a train across the border to southern Hungary, at a press conference at Beremend on Friday evening.

Kovacs said that the train, accompanied by 40 Croatian police officers, had arrived without prior notification, raising the suspicion of border violation and other crimes. The engine-driver was taken into custody, and an investigation has been launched, he said. 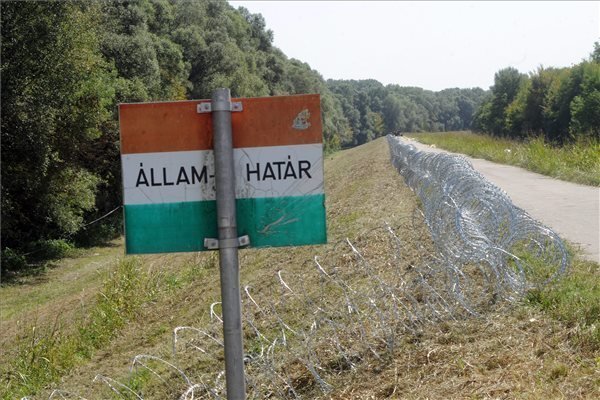 Kovacs called it unacceptable that an EU member state does not abide by the European rules and even promotes illegal migration.

The migrants are being transported to the reception centres that are operating as registration points, such as Szentgotthard, Kormend and Vamosszabadi in western Hungary, Kovacs said.

Hungary will continue to protect its borders, and complete a security fence along a 41-kilometre section of the Croatian border as soon as possible, he said.

Kovacs also called it a “lie” that the crowds of migrants had been allowed to cross into Hungary under a bilateral agreement.

Bakondi said that the movement of migrants within Croatia was being directed by a gang of people smugglers, with political consent.

He said that so far 4,400 migrants had crossed the Hungarian-Croatian border and another 1,000 to 1,200 are expected to arrive.

He said that on Saturday 700 soldiers and 800 police officers would be regrouped to the border section most exposed to the wave of migrants.