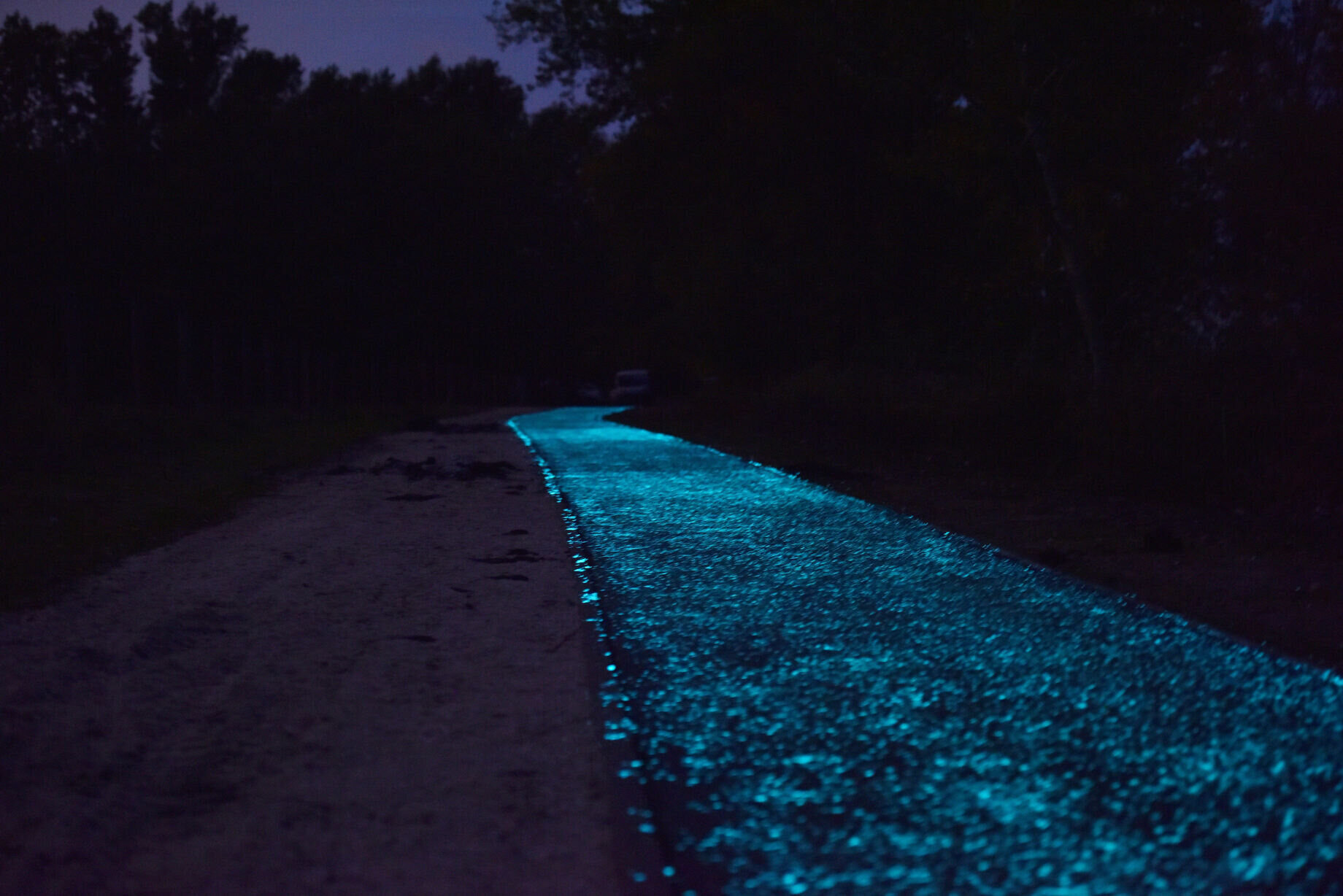 The glowing section of the bike path near Esztergom will contain special particles that absorb sunlight during the day.

The two-kilometre-long glowing bike path near Esztergom in northern Hungary will be the first of its kind in the Hungarian section of the Eurovelo6 international cycling route, said László Mosóczi, Secretary of State for Transport Ministry of Innovation and Technology, at the press conference on 21st October.

The paving will contain a fluorescent material (silicate particles embedded in resin) that absorbs sunlight during the day and radiates it all night long. Experiments will be carried out with mixtures that contain different concentrations of the material to find the solution with the best properties (such as brightness).

The Secretary of State added that the glowing bicycle path will “contribute to the safety of nighttime cycling” and that the investment only adds a 4–5 per cent increase to the total cost of the bike path’s construction.

Even though the illuminated bike path is quite a new solution in Hungary, this is not the first example of such an investment here: the first path of this kind was created in Eger; what is more, it was the brainchild of a local entrepreneur.

After the idea came to him, Tibor Farkas started experimenting with mixtures that had different concentrations of the fluorescent material, and he tested them under very diverse weather conditions. He patented his idea in 2011 and will be enjoying the utility model until 2021.

According to Index, the one-kilometre-long glowing bike path connects the settlement of Felnémet with the city centre of Eger, and it was built entirely financed by Tibor’s company.