Desmond Child pens the official song of the 1956 memorial year

2016 marks the 60th anniversary of the Hungarian Revolution of 1956. For the occasion, an official song was composed by famous Cuban-Hungarian songwriter Desmond Child, and recorded over two days in July by Hungarian musicians, origo.hu writes.

The goal was to create a song which would make the memory of the revolution accessible for today’s youth through art, and help them relive the moment when “the Hungarian nation moved as one to fight for freedom and independence,” said Mária Schmidt, Government Commissioner of the memorial year of 1956, and director of the House of Terror Museum at the press conference in Budapest. Working with a songwriter of Hungarian origin was also an important factor, she said.

The title of the song is Egy szabad országért (Land of the free). It was co-written by Swedish composer Andreas Carlsson, the Hungarian lyrics are by Tamás Orbán, and it was recorded by notable Hungarian musicians such as Sándor Sasvári, Kati Wolf, Csaba Vastag, Tamás Vastag, Ferenc Molnár ‘Caramel’, Feró Nagy, Mónika Lakatos and the Romengo, Szilvia Péter Szabó, Gigi Radics, István Pál and his band, and the Hooligans. The song will have a Hungarian and an English version as well, and the recording process was captured for a documentary. 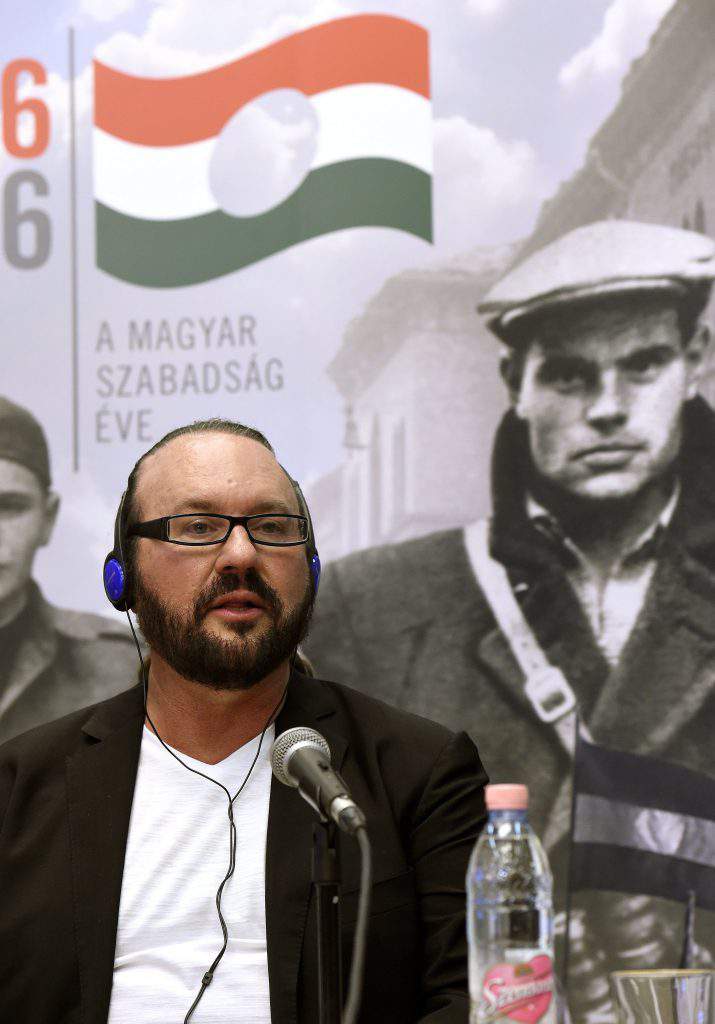 Desmond Child, who is Hungarian on his father’s side, earned his Hungarian citizenship earlier this year, index.hu writes.

“I didn’t know who my father was until I was 18; I had been told he was only an acquaintance of the family. I only realised who he was after my birthday. A year later, around 1973, he took me to Hungary, and I’ve come home many times since, soaking up Hungarian culture like a sponge. My father was a survivor who did not give up for a second. Many kids want to be completely different from their father. Me, I wanted to be just like him,” he said in an interview with index.hu.