If you would like to gain a heart-pounding experience, you should not miss Hungary’s scariest and most thrilling haunted places! The majority of them are abandoned and cannot be visited; however, some of them can be still discovered by the bravest ones. They have something in common – they all preserve our past. Let’s see how these places have changed by the passage of time!

The Hungarian ghost town of Szentkirályszabadja, located in the vicinity of Lake Balaton, used to give a home to thousands of people in the past. Similarly to other small Hungarian settlements that served as a residence for the Soviet army, Szentkirályszabadja has also preserved some memories which tell us a lot about the daily life of its former residents.

The barracks were built in the 1960s and 1970s and were resided by Russian and Ukrainian soldiers and their families. In the region, we can find private houses, school, kindergarten, cinema, theatre, sports centre, post office, restaurants, bars, shops and even abattoir.

Szentkirályszabadja is also called „the Hungarian Chernobyl” that gave the home to thousands of people in the past and has become totally abandoned by now.

As szeretlekmagyarorszag.hu reports, the formerly used objects have disappeared; their place has been taken by nature, along with visitors’ handprints on the walls. 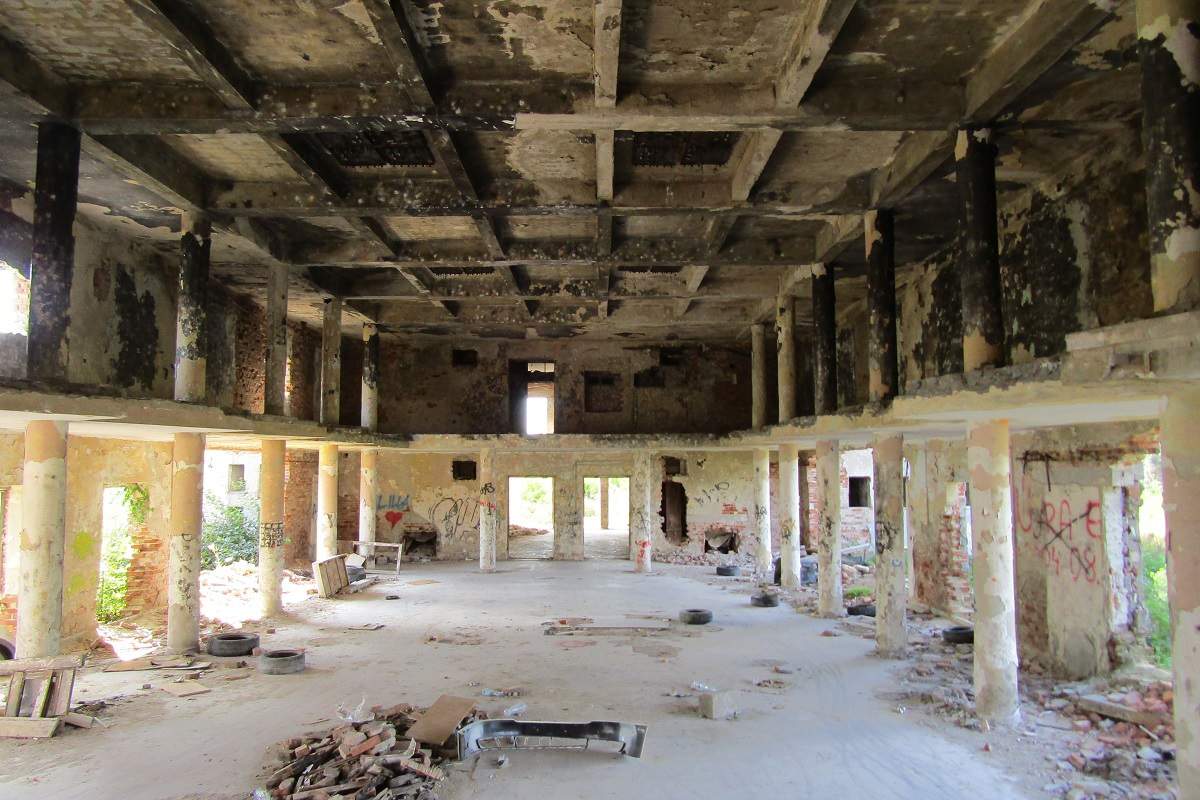 In the past, one of the most beautiful panoramas could be viewed from the beach of Lepence Valley that was opened in 1977 at a mountainside and was listed among the most special Hungarian beaches. Lepence Valley Beach provided an unforgettable experience during thirty years, not only because of its panorama, but due to its 39°C hot thermal water coming from the deepest internal thermal spring.

Today, the view is different – pools are ruined and empty, lavatories are crumbling, just like the engine rooms and the former buffets. The whole building is slowly falling apart; plants cover most of the area.

In Hungary, several castles have been destroyed by the ravages of time; as a result, only one or two large piles of stones remind us of their former greatness. However, ruin castles are still worth to visit, telling us several interesting stories and facts about Hungarian history.

Let’s see which castles can be viewed by the bravest ones:

Even though its shape now is both fascinating and creepy, the beautiful castle park used to be surrounded by a boating lake and an exotic garden in the past. The Neo-Baroque Széchenyi castle was built in the early 1900s, while the surrounding botanic garden was constructed in the 1920s, where forty thousand roses, several exotic plants and unique flowers could be discovered.

Today, the view is entirely different: