Economy Minister Varga: budget deficit to be below 3 percent this year and next 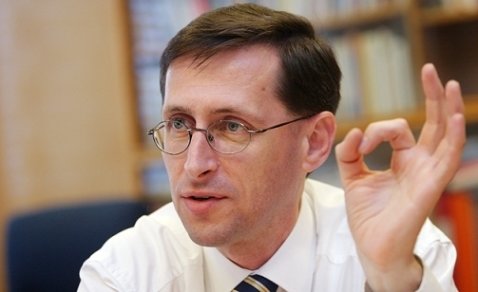 The Ministry for National Economy calculated next year’s budget with an inflation rate of 2.8 percent, economic growth of 2 percent and government budget deficit of below 3 percent, Mihály Varga told InfoRádio on Monday evening. He emphasised that no large-scale modifications are to be expected within the taxation system next year.

Speaking about this year’s developments the Minister for National Economy said that the government budget deficit will be below 3 percent despite the fact that, for example, the inflation rate for the entire year will be lower than formerly anticipated which will have an impact on fiscal revenues.

As he said, the measures adopted in the middle of the year, which were aimed at fiscal improvement, will certainly ensure that the state budget deficit will remain below 3 percent of GDP for the entire year. “The only risks we see now are mainly related to calculation disputes,” he stressed.

He said that there are some ongoing debates with the European Union over calculation issues regarding EU funding. The EU has informed the Government that resources will be cut by some 70 billion forints; the question is whether this will take place already this year or over a certain period of time, as the realization of projects progresses. On the other hand, the capital increase at MVM Ltd has also been disputed by the EU, and the Government has negotiated with the Eurostat, the EU’s statistical office, and the final calculation in this issue will depend on how the capital increase is carried out.

On the revenue side of the budget, tax revenues are expected to be lower due to a lower than anticipated inflation rate, Mihály Varga added. The inflation rate has been steadily below 2 percent since April, and as a consequence, revenues from VAT and excise taxes will also be lower.

Speaking about next year’s budget he said that in 2014 — compared to this year’s blueprint — the main economic projections will be unchanged. The Government expects that the economic revival of 2013 will continue in 2014. Analysts in London also agree with the assumption that instead of posting growth of 1.4 percent, the Hungary economy can be anticipated to expand faster.

Accordingly, the Government is proposing to the Parliament to adopt next year’s budget on the basis of 2 percent economic growth and a conservative inflation rate estimate of 2.8 percent. The Minister for National Economy stressed that for the planning of the budget the following cornerstones were laid down: foreign trade processes will continue to be favourable (with a remarkable trade balance for 2013) and the current account is to post a surplus also for this year: exports and imports next year are expected to gain 5.4 percent and 5.3 percent, respectively, at an anticipated exchange rate of 295.1 EUR/HUF.

He also stressed that the Ministry for National Economy is calculating the potential costs of cutting VAT on meat products. Through this measure the Government aims to assist families and combat VAT fraud.