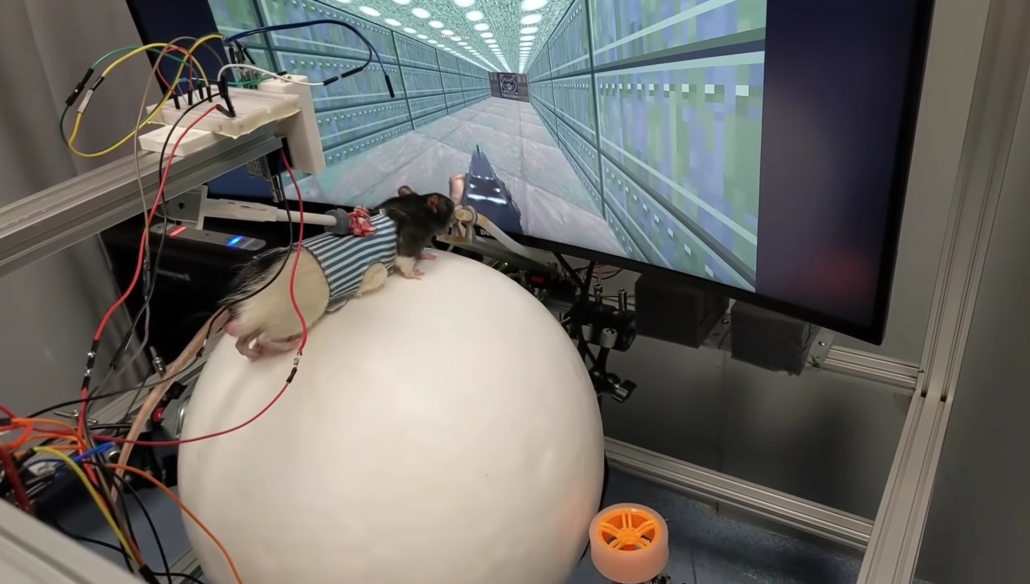 The rodents were trained to move on the spherical treadmill by means of operant conditioning. In order to deliver positive feedback and reinforce the desired behaviour, the 29-year-old neuroscientist gave the rats sugary water.

During the past weeks, the news of a Hungarian neuroscientist’s mind-blowing experiment has conquered international tech press. Viktor Tóth taught rats to play Doom II in a custom VR setup, which he built from scratch. It took him about four months to build the VR rig for the rats, using a 3D printer, a soldering iron, a drilling machine and a set of screwdrivers. The main part of the rig is a large ball, on which the rat ran suspended in a harness. The movement of the ball was tracked by motion sensors. Since rats’ field of vision extends to 300°, the game was displayed on a curved PC monitor.

Viktor Tóth trained three rats in an automated fashion, without manual intervention, to traverse a corridor designed in DOOM Builder 2.

Later, to train the shooting behaviour, he added an imp monster on the way to the corridor. The main goal of the neuroscientist’s 11-day experiment was to try to automate the process of training animals to perform complex, context-dependent actions in VR. However, he could not fully automate the process, since the rats could not get on or off the ball without his assistance.

In the first half of 2021, Viktor Tóth had the opportunity to present his experiment at Elon Musk’s neurotechnology company, Neuralink. He sent his article about the experiment to Max Hodak, the then president of Neuralink, on Twitter. Then,

Hodak contacted the young scientist and invited him on a 30-minute online interview, which was followed by a personal job interview in the US.

“I had a relatively special job interview because I had to talk about my rat experiment instead of presenting my previous work experience to all the people in the brain-machine interface research department, the chief biologist and Hodak himself,” the young neuroscientist told Qubit.

Nonetheless, the company did not hire him in the end. One of the reasons for that was that he did not have experience in certain areas the company would have expected. For example, in connection with the MindPong project, they asked how Viktor would apply his experiment to monkeys, but the scientist only had a background in neuroscience and machine learning, but had no experience working with monkeys – or even rats – at that point. 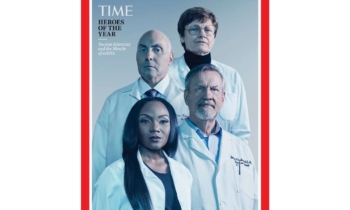