The 250-year-old Royal Palace is one of the largest palaces in the country and is a significant work of Hungarian Baroque architecture. Furthermore, it is only 30 minutes away from Budapest, both by car and by commuter rail. Do not miss it if you are interested in Versailles-like palaces, gigantic English landscape gardens, how aristocrats and monarchs lived in the 18th and 19th centuries or in how Sisi escaped from her bedroom on a secret stairway to go freely on a ride or allegedly on a date with Gyula Andrássy, PM of Hungary.

Right place at the right time

The Baroque Palace was built by Antal Grassalkovich (1694-1771) who was a loyal confidant of Empress Maria Theresa (1740-1780). As president of the Neoacquistica Commissio, he decided which Hungarian noble family would get back their land in Hungary liberated from the Ottoman rule. Of course, he took into consideration not only the interests of the Habsburg treasury but his own as well. Thus, he managed to become one of the most influential Hungarian barons

who persuaded the Hungarian Diet to support a young Maria Theresa

against the Prussian attack. In return, he became chairman of the Hungarian Chamber and remained a close friend of the queen until his death.

The construction of the palace began in 1733 with the first U shape building, while other extensions were built later: a second U shape building, a church, a theatre, a riding-hall, a hothouse, a greenhouse for flowers and an orangery.

Unfortunately, the Grassalkovich family died out in 1841, after which the Palace was acquired by György Sina Aromanian banker who supported, for example, the construction of the Chain Bridge with large sums. His son sold it to a Belgian bank, after which the state bought it and gave it as a 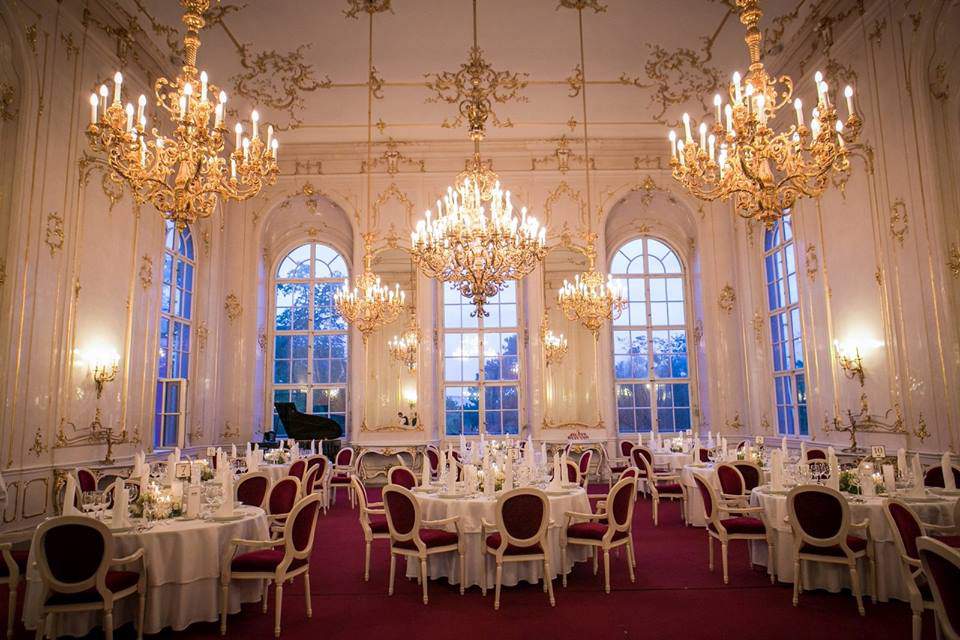 The Bavarian Princess’s Hungarian relations are very interesting. After the death of her first daughter, she spent months on Madeira and Korfu where she met Count Imre Hunyadi and his sister, Lili. She started to learn the Hungarian language from them, and after her return to the Hofburg, she took a Hungarian lady companion, Ida Ferenczy, with whom they remained friends until her death. She learnt Hungarian History from Mihály Horváth who was sentenced to death and in effigie hanged after Russian and Habsburg troops crushed the Hungarian Freedom Fight of 1848-1849. She dived into Hungarian politics and culture with the help of Miksa Falk who later became the editor in chief of Pester Lloyd and probably only shares a surname with Peter Falk, the famous detective Columbo. 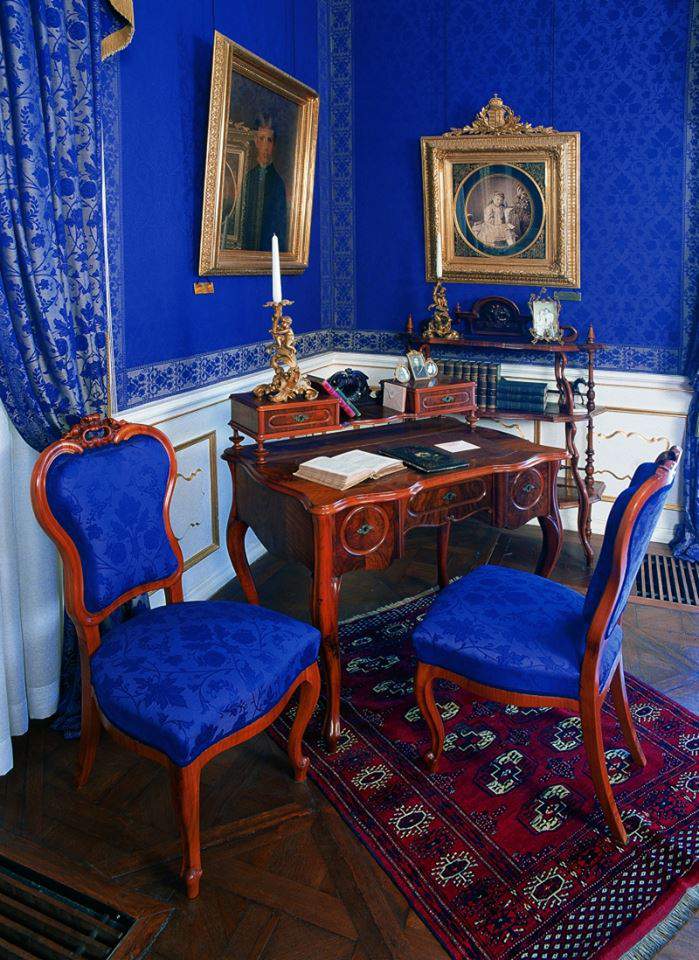 Sisi came to the Palace whenever she could in order to ride, hunt and free herself from the intrigues and strict etiquette of the Royal Court. Allegedly, she had more than a friendship with Hungarian PM Gyula Andrássy; gossips went as far as to state that

the youngest child of the Queen is that of Andrássy.

Anyway, her bedroom had a secret stairway through which she could easily reach the Royal Stables.  And it is also a fact that the Empress and the PM regularly wrote encrypted letters to each other with the help of Ida Ferenczy. 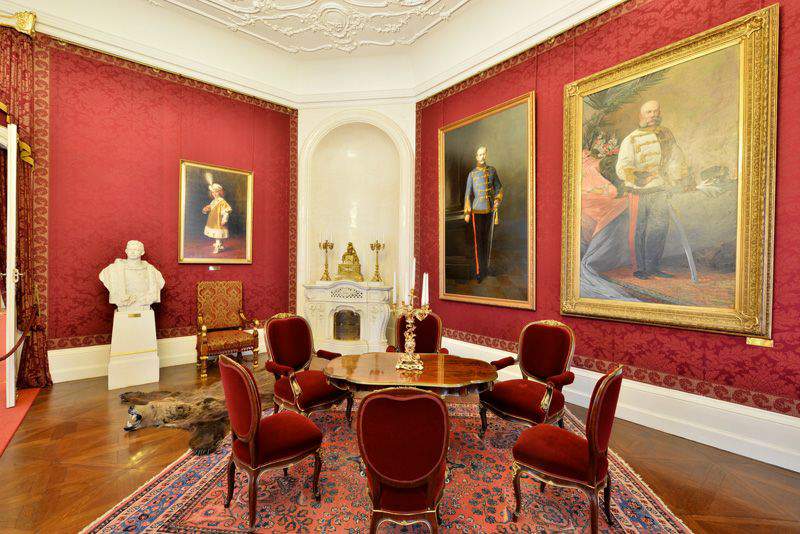 Summer villa, military base and home for the elderly

After WWI, Governor Miklós Horthy received the Palace and used it as his Summer villa in July and August. Since he loved swimming, he constructed a pool in the garden and, during the war, a bunker which can be visited separately, along with the Baroque Theatre. 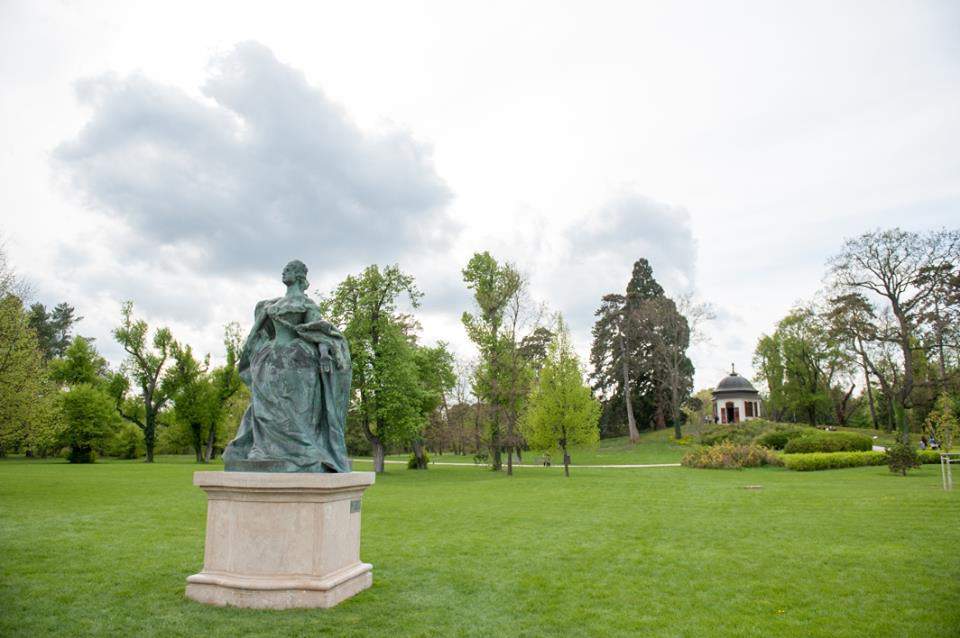 German and Soviet troops looted the building during WWII. During the Socialist era, it was used as a military base, while in the ’60s and ’70s, as a home for the elderly. It is not surprising that its former beauty had vanished and was only restored in the ’90s and 2000s. 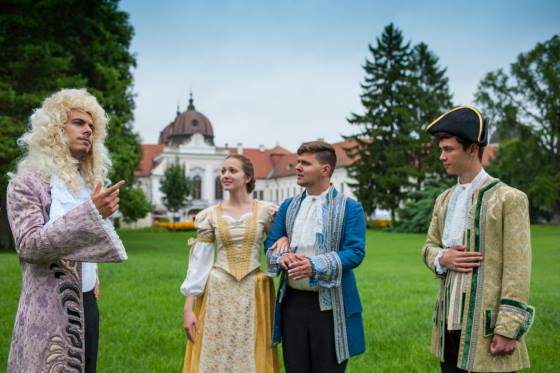 Now it is open to the public between 9 or 10 am and 6 pm every day. Audioguides are available in multiple languages, and there are many activities with which visitors can get a grasp of the era of the late 19th century. Find further information HERE.

Here is a short film about what one can see and do in the Palace today: