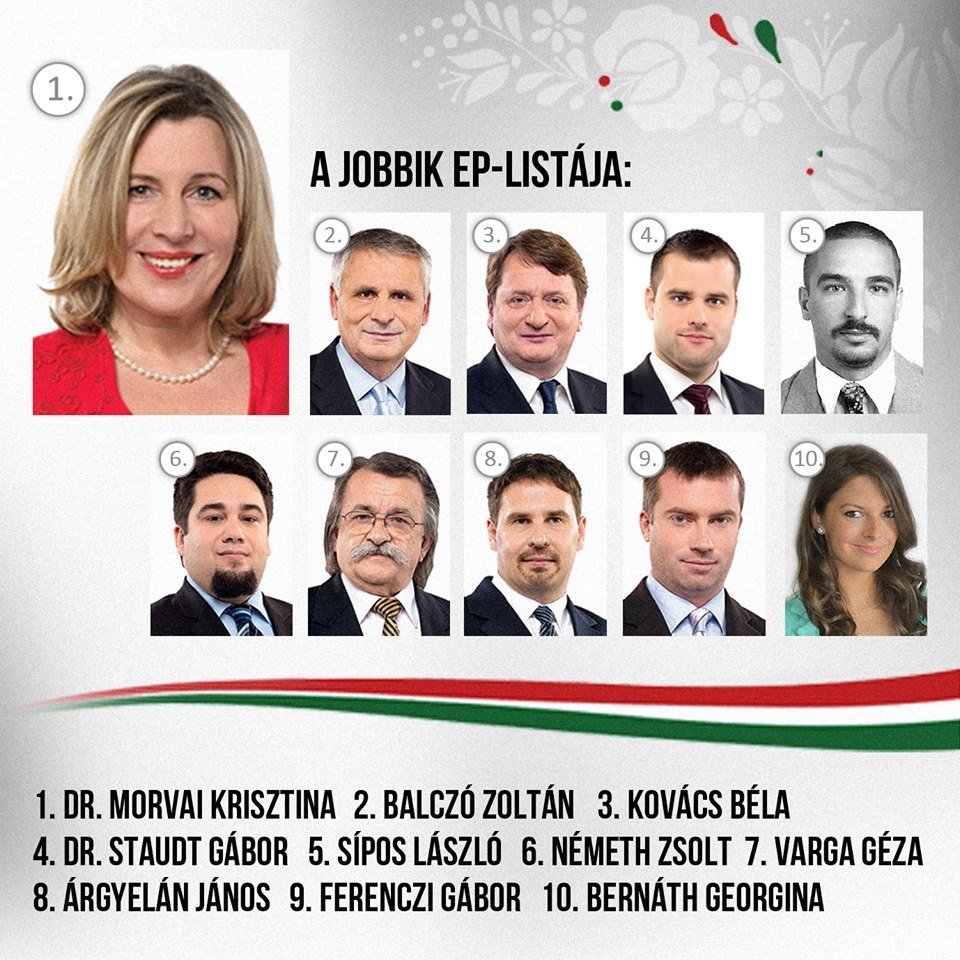 President of radical right-wing Jobbik, Gabor Vona, introduced the candidates of the party for the European Parliament on Wednesday. On the first place of the new list is Krisztina Morvai, current MEP of Jobbik. Morvai is followed by Zoltan Balczo, Bela Kovács and Gabor Staudt. Kovacs is a seasoned politician of Jobbik who has represented the party in the EP since 2009, while Balczo would start his first period in Brussels – previously he was the vice-speaker of the Hungarian Parliament.

In his speech Gabor Vona stressed that he regarded the EP elections as the second round of the Hungarian elections and his party would prepare the spirit of this. To answer claims about Jobbik’s Euroscepticism Gabor Vona emphasized: Jobbik is not against the EU but prefers a different approach of cooperation than the so-called “United States of Europe”.

The main goals of Jobbik in the EU are to revise and alter the relations of Hungary and the Union and to broaden Hungary’s economic independence as much as it is possible. Jobbik is committed to defend the Hungarian agriculture and to rise Hungarian wages as high as those in West Europe, Vona told.

Mr. Vona denied claims that Jobbik would immediately lead Hungary out from the EU. According to the president of the party, no political player has the right to decide on this issue without asking the people. According to this, Jobbik would evaluate pros and cons in the relations with the EU and hold a referendum on the membership.

To prove that the conception of powerful European nations is thought seriously by the radical right-wing party, Jobbik put a Polish candidate on its list: Jacek Piotr Misztal from the Polish Ruch Narodowy movement got the 16th place

The president of Jobbik informed the press that his party awaited at least 4 seats in Brussels. By this four mandates the party could continue its struggle for the Europe of Nations, contrary to the other Hungarian parties that, regardless to their domestic communication, serve foreign interests in the EU.

OPTIMISTIC EXPECTATIONS OF THE HUNGARIAN RADICALS

Upcoming EU elections are awaited optimistically by Jobbik since the radical party has reached somewhat more than 20 percent on the general elections of Hungary held on April 10. By this result it seems they are the only party that could increase the number of its supporters in the last four years. It is worth to mention as well that the first real success of Jobbik is actually connected to the EU elections: by its 16 percent Jobbik became the surprise of Hungarian politics in 2009.

based on article of MTI
by SzSz