Tram, bus, trolley or underground; these are the most common transportation vehicles in almost every city. They play an essential part in making the city vivid and in transferring passengers and tourists from one point to another. Budapest’s transportation system is used by millions of people almost every day. Some vehicles are a bit out of the ordinary, yet they are still worth travelling with. Let us find out more about these hidden transportation treasures in the Hungarian capital.

Metro Line 1 (Kisföldalatti = Small Underground) was the first ever underground railway system on the European continent. It was built for the Hungarian Millennium and was one of the greatest novelties of the Austro-Hungarian Monarchy. Its construction became necessary by the turn of the 20th century because the traffic on the ground was growing too heavy for the capital to handle. Also, the government did not want to ruin the beautiful look of Andrássy Avenue with trams on the surface; that is how the idea of the underground was born.

It was finished by April in 1896 by Siemens and Haske, and it was inaugurated by the emperor of Austria-Hungary, Franz Joseph on May 3rd. 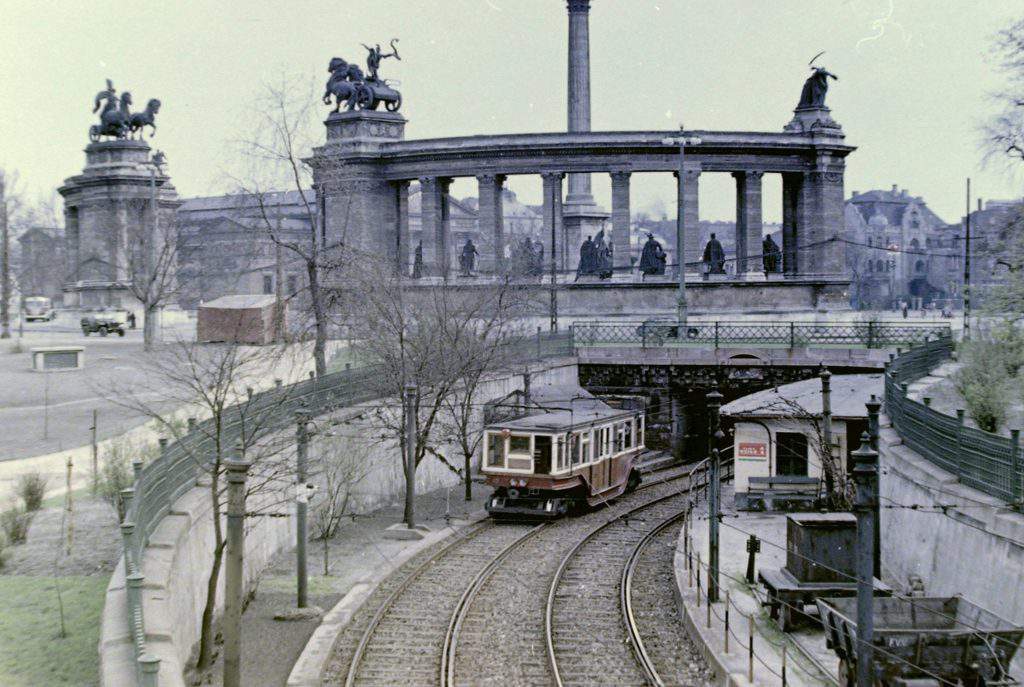 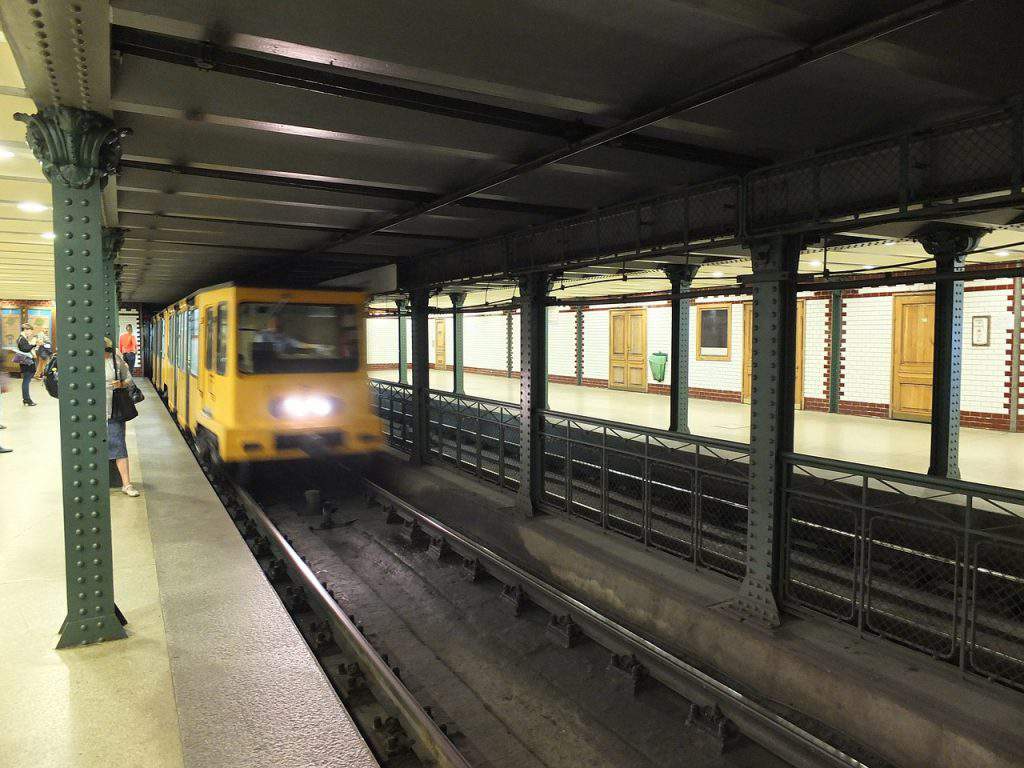 In the 19th century, Sváb Hill (part of Buda) was an area covered by forests, and most people went there to hunt. There were no houses, roads, shops or even lighting, only nature. After a while, people started to realise that the modernisation of Sváb Hill with a railway line would be beneficial for the capital. In 1873, the contract about building the railway was born, and construction works started one year later on April 22nd.

On June 24, 1874, the first train set out on its first journey between Városmajor (still one of the end stations of the railway, located next to Széll Kálmán Square) and Sváb Hill stations. In 1890, the railway was extended with more stations to Széchenyi Hill (the other end station).

In 1929, the first modernisation happened on the railway, but after World War II, the cogwheel railway had to be rebuilt emtirely. The second big modernisation project occurred in 1973, and after the 1990s, the railway was wholly integrated into the capital’s transportation system. 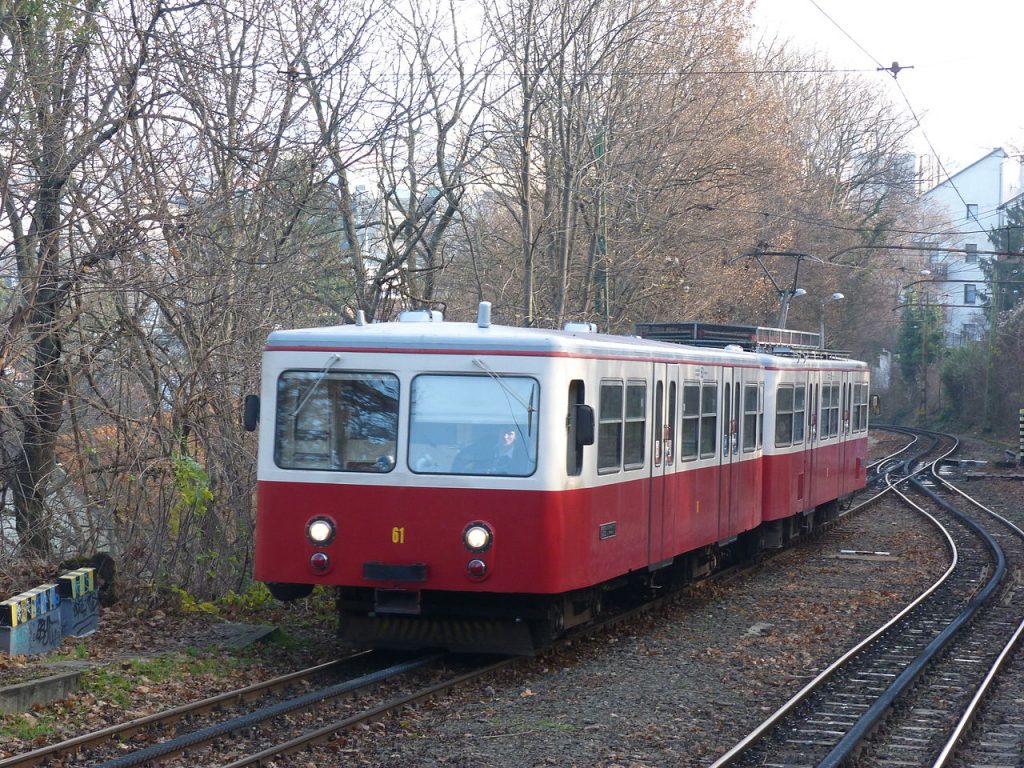 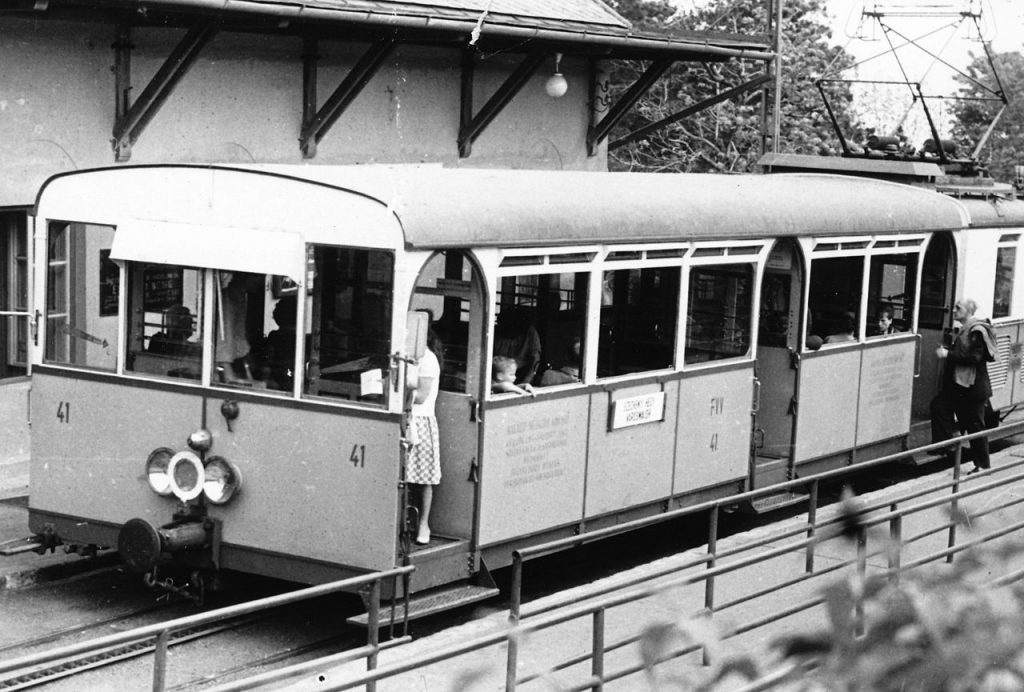 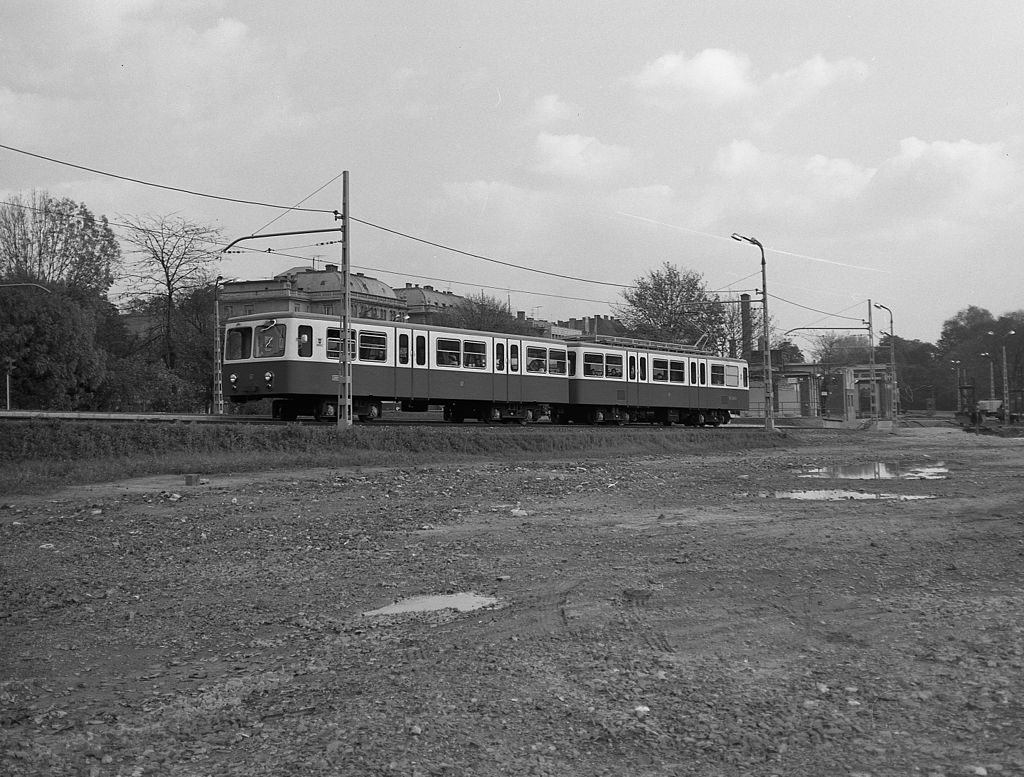 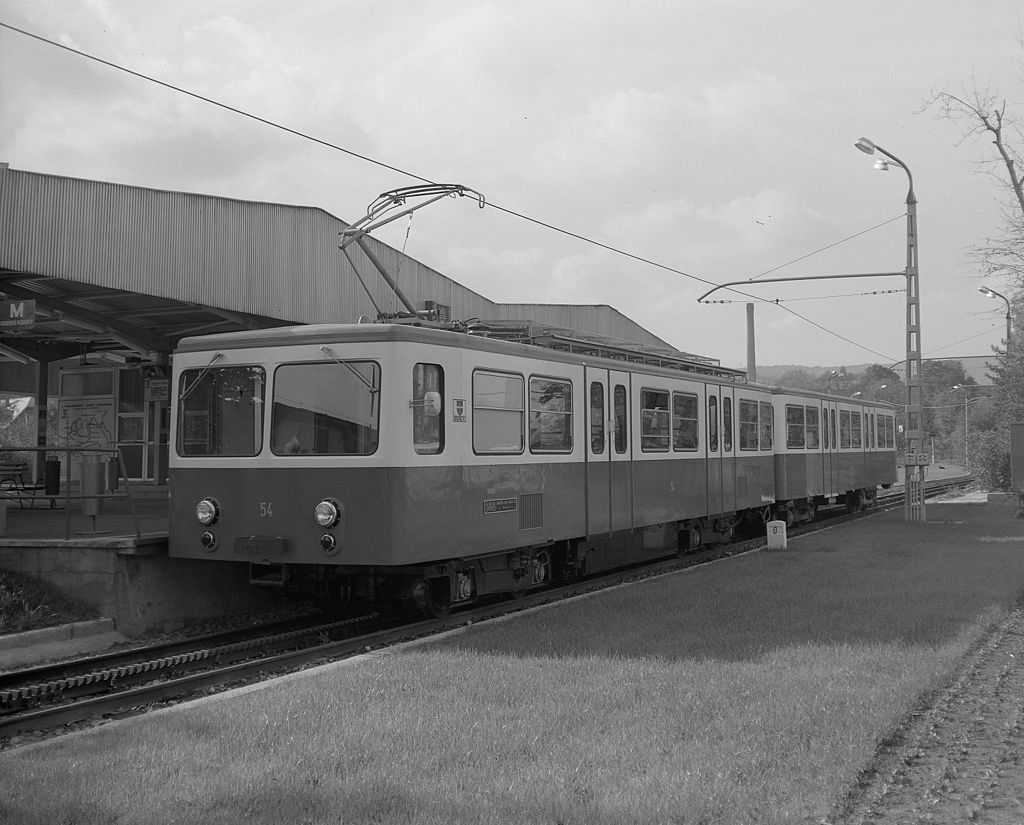 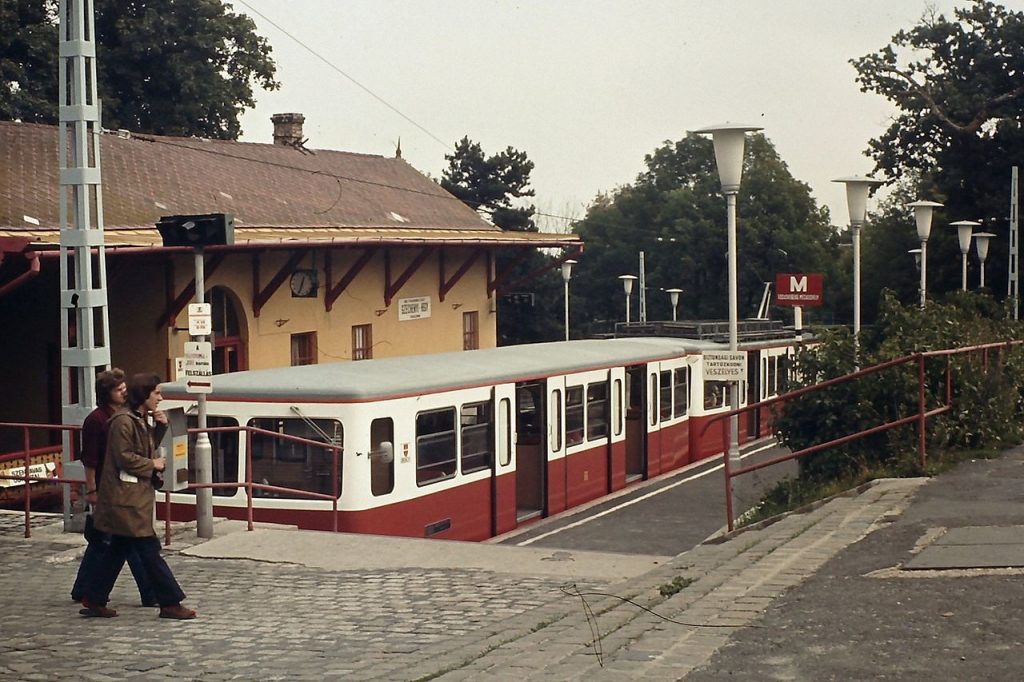 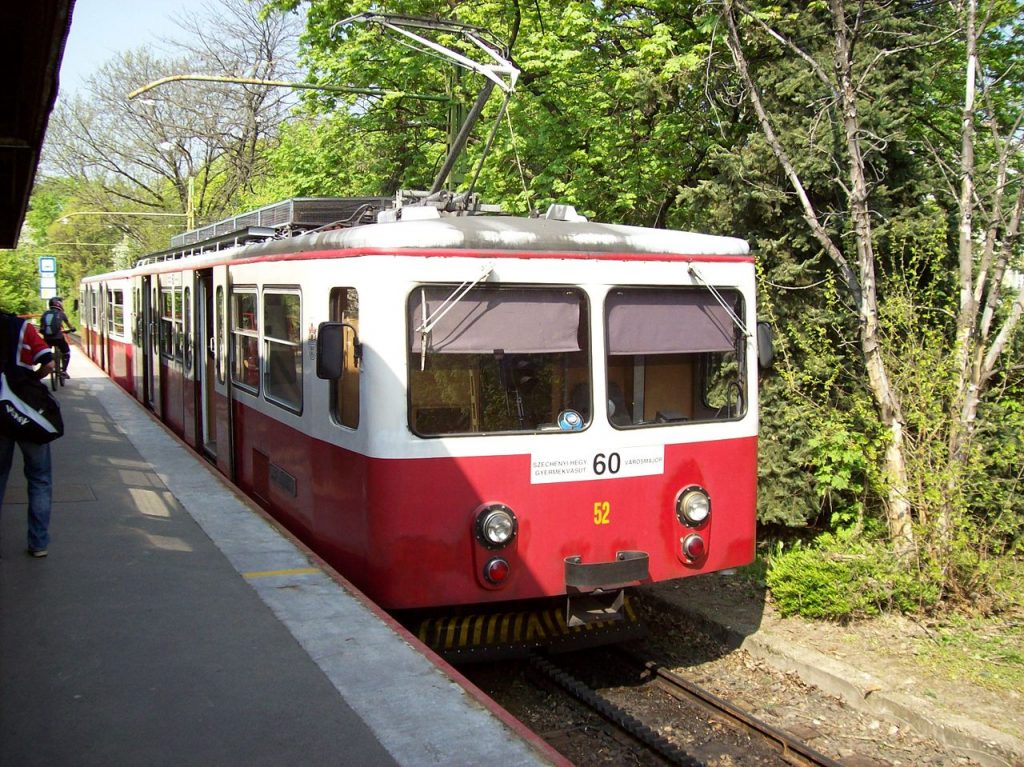 The development of the line took place between 1868 and 1870. The complete track was 95 meters long, and the elevation between the bottom and top stations reached 50 meters. The idea of building the railway (in Hungarian: Sikló) was initiated by count Széchenyi Ödön, who had seen a similar construction in Lyon and thought that on the hillside of the Castle, a steam-powered and rope-towed railway could make the transport between the city and Buda Castle easier.

The first test run of the Sikló was conducted on 23 October 1869. The unique cars of the Sikló consist of three boots, assembled like three steps, each with space for eight passengers.

Following the complete reconstruction, which was necessary due to the damage of World War II, it was on the List of UNESCO World Heritage Sites in 1987. In the beginning, the cars made three metres in one second; however, at the request of the passengers, this speed was halved in 1988 so that passengers could enjoy the ride on this spectacular vehicle a lot longer. 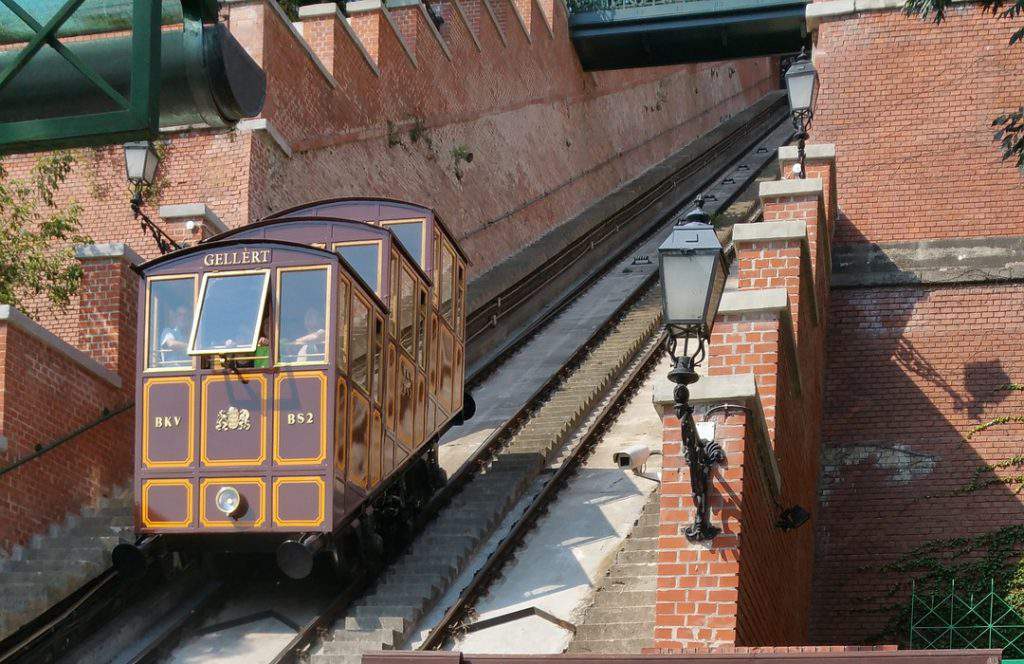 Tram Line 2 is considered to be the part of the world’s top ten most beautiful tram lines. Built after World War II, the line goes by the incredible Vigadó Square, with an amazing view of Gellért Hill, Buda Castle, Fishermen’s Bastion and the Várkert Bazár, but passengers also receive a stunning close look of the Hungarian Parliament and Kossuth Square. For those who loved and enjoyed travelling by heritage vehicles, BKK came up with the greatest idea, which was operating some heritage buses and trams on the most popular lines of the capital.

One of them is the incredible Danube Heritage Tram which operates each year between May and October every Sunday on tram line 2.

Budapest is not just Europe’s Best Tourist Destination but also the city of baths in Central Europe. The capital has many historical thermal baths where people can enjoy the healing thermal water and other services as well. The most famous baths are, of course, the Széchenyi and Gellért Thermal Baths.

Besides these two baths, there are many others, especially on the Buda side, for example, Rudas, Király and Szent Lukács Thermal Baths. To reach these historical and magnificent baths, the Thermal Heritage Tram is the best option between May and October, every Sunday from Szent Gellért Thermal Bath (Liberty Bridge).