The coronavirus pandemic and the temporary suspensions of international and domestic air connections resulted in a significant decrease in traffic in the Central and Eastern European airspace. In terms of passenger volume, Warsaw Chopin Airport retained its leading position, but Budapest Airport overtook Václav Havel Airport Prague.

Based on the latest statistical data, Airportal compared the air traffic development in the Central and Eastern European region during the first half of the year. The analysis included the airports of the major capitals: Warsaw, Prague, Budapest and Vienna. So far, 2020 saw more than 60% decrease in traffic at these airports compared to the same period in the last year.

Warsaw Chopin Airport is a major airport in Central and Eastern Europe (CEE) in terms of both transfer and point-to-point passenger traffic volume. The airport plays a significant role in the Polish air transport market; in 2018, Chopin Airport handled 18 million passengers. According to the airport’s official report, this number decreased rather significantly in 2020: in the period between January and June, 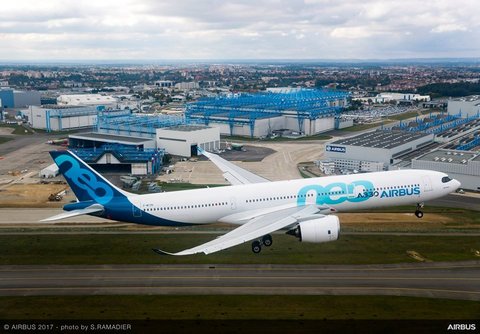 Václav Havel Airport Prague handled a total of 17.8 million passengers in 2019 and throughout the entire year, 71 airlines provided regular connections from Prague to a total of 165 destinations. Based on this data, approximately one million more passengers passed through the airport than in 2018. This positive trend was supposed to continue in 2020, but the COVID-19 pandemic caused a severe drop in air traffic in Prague.

Since the beginning of this year, Václav Havel International Airport has handled 2.5 million arrivals, and departures and the number of passengers decreased by 67.5%.

During the past few years, the capital city airport of Hungary was the fastest growing airport in the Central and Eastern European region. In 2018, Budapest Airport handled 14.8 million arriving and departing passengers, almost 1.8 million more than in 2017. 2019 marked the Hungarian airport’s record year: passenger traffic increased significantly by 18% in December, and the airport’s annual passenger traffic approached 16.2 million. This number was only 2.89 million in the first half of 2020.

Nonetheless, the passenger volume of Budapest Airport can be considered relatively high at a regional level.

The effects of the global coronavirus crisis were also clearly felt in Austria. Since the Austrian Airlines did not operate any flights for two months, passenger traffic fell by 65.3%. The accumulated passenger volume at Vienna Airport in the period from January to May 2020 was 5.0 million.