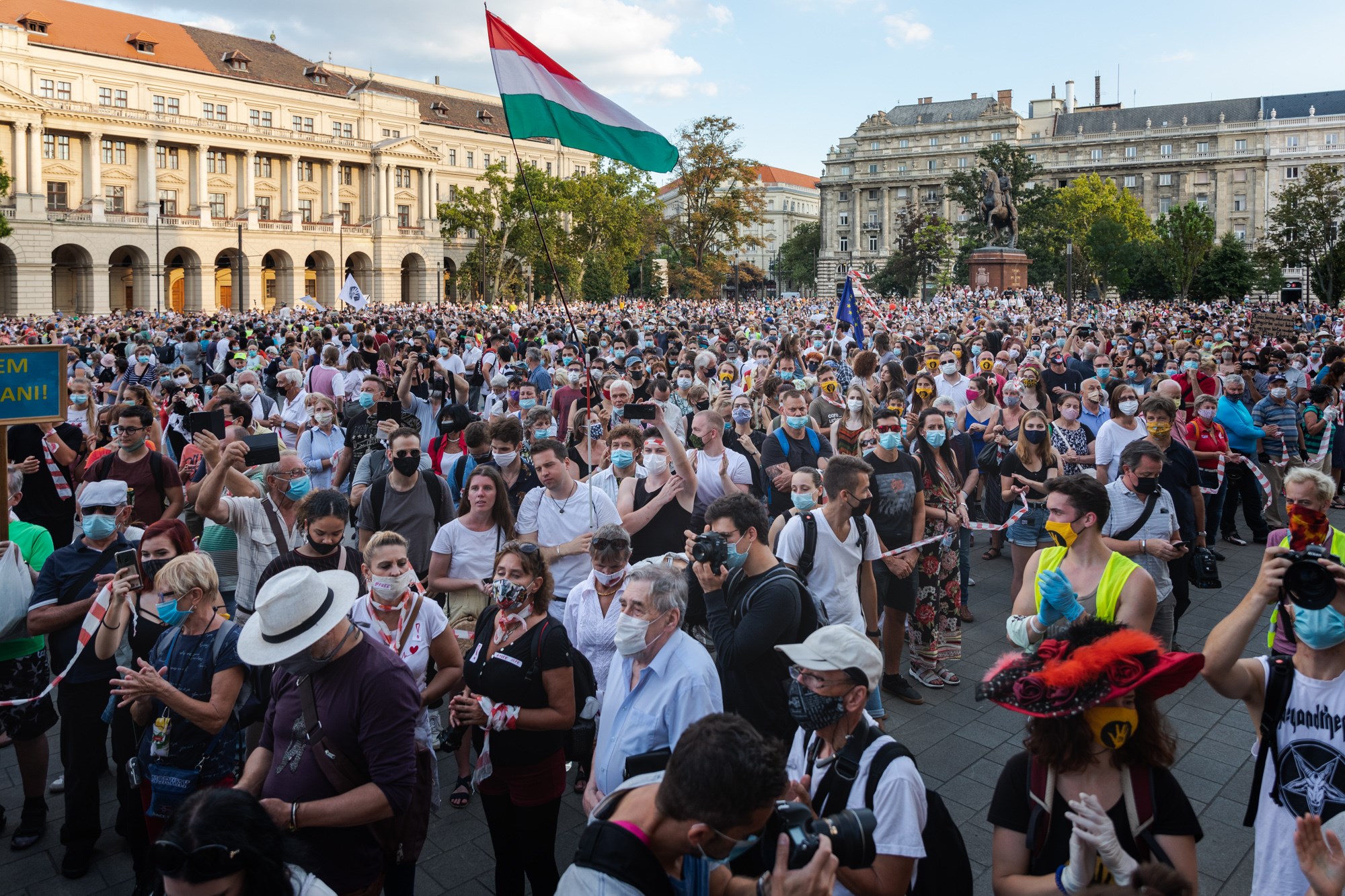 Students at Budapest’s University of Theatre and Film Arts (SZFE) are demanding the replacement of the supervisory board of the foundation that oversees the institution and the restoration of SZFE’s autonomy, while the university’s staff have threatened to go on strike.

In a letter sent to Innovation and Technology Minister Laszlo Palkovics on Thursday, the students ask the minister to call for the resignation of the supervisory board of the Theatre and Film Foundation, which took over the university on Sept. 1 under a government decree. They also demand guaranteed educational and organisational autonomy as well as the restoration of the powers of the institution’s senate.

The students told a press conference that the university’s community rejected the supervisory board appointed by the ministry and regarded its activities as “illegitimate”.

The representative said the staff would embark on an indefinite strike from Sept. 21 unless the former senate’s powers and the university’s autonomy are restored.

Meanwhile, the foundation’s supervisory board has again called on SZFE’s outgoing leaders to carry out their duties and get classes under way.

The board said that by boycotting a meeting between the heads of the Hungarian Rectors’ Conference and the National Union of Students in Hungary (HOOK), representatives of the Theatre and Film Foundation and the rectors of the University of Veterinary Medicine Budapest and the University of Dunaujvaros on Wednesday, SZFE’s outgoing leadership “has again rendered dialogue between the two sides impossible”.