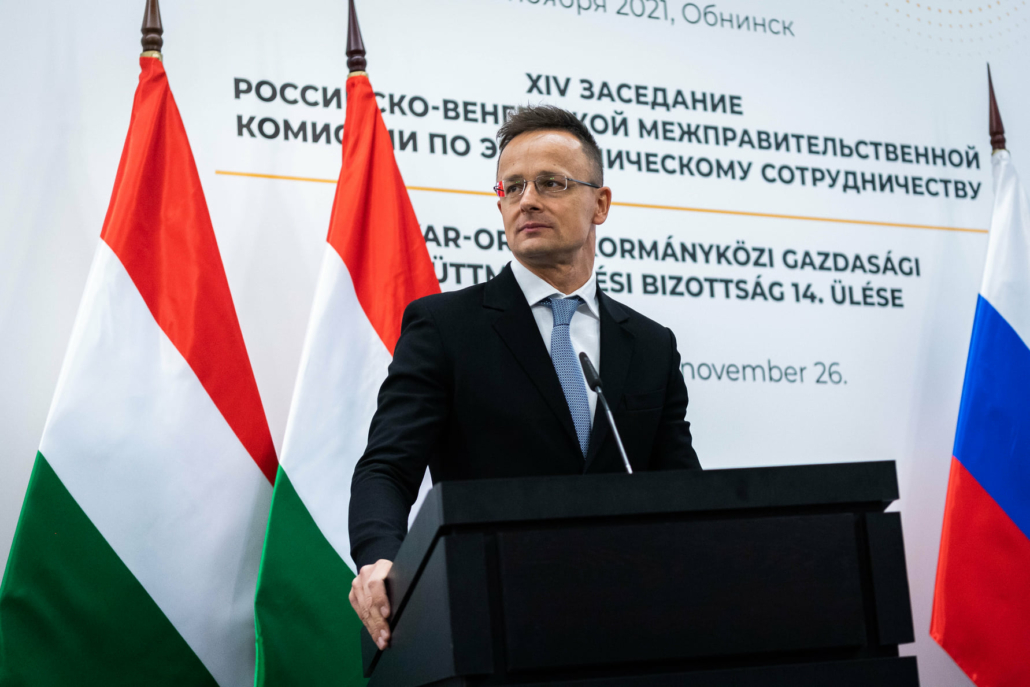 Hungary will begin talks with Russia next week on permission to use the Russian Sputnik Light coronavirus vaccine in the country, Péter Szijjártó, the minister of foreign affairs and trade, said in Obninsk near Moscow on Friday.

Hungary is also set to begin manufacturing the Sputnik V jab at the end of next year, Szijjártó told a press conference after a meeting of the Hungarian-Russian inter-governmental economic cooperation committee.

Also, the upgrade of the Paks nuclear power plant will enter into its implementation stage next year, the minister said. Russia has submitted one of the eight necessary permit requests for the project, he added.

Other areas of cooperation include Hungarian low-cost airline Wizz Air expanding its number of flights between Debrecen and Moscow to two per week from Dec. 13, and next year it will launch a direct flight between Budapest and Yekaterinburg, Szijjártó said.

Meanwhile, Hungary and Russia will sign an agreement on the establishment of a rail freight joint venture on Dec. 16, Szijjártó said. Also a Russian cosmetics company will build an 18 billion forint (EUR 49m) plant in Alsozsolca, in north-eastern Hungary, creating 260 jobs, he said.

Hungary signed two crucial agreements with Russia this year; one on the purchase of life-saving vaccines and another one on the supply of natural gas, Szijjártó said. In terms of Hungarian-Russian cooperation, this year outshone previous ones, the minister said.

Hungary and Russia are engaged in pragmatic cooperation and “anyone who opposes that acts against the interests of the Hungarian people”, he added.

Asked how he saw the future of bilateral ties in view of a pledge by the new German government to step up the pressure on Moscow and countries that cooperate with it, Szijjártó said: “We’re seeing immense hypocrisy when it comes to bilateral ties with Russia.”

“In our view, the further west a country is in Europe, the stronger and better its cooperation is with Russia,” the minister said. 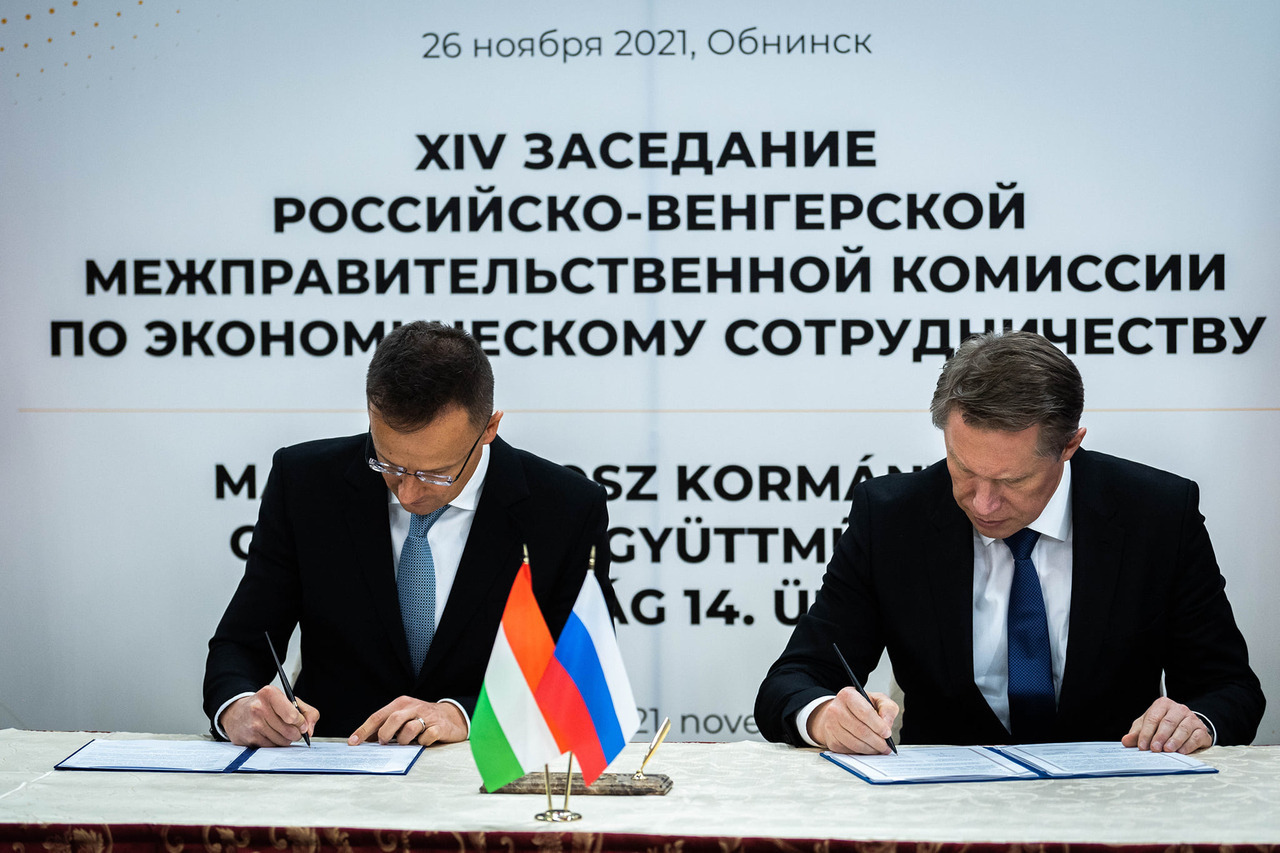 “It would be nice if they put an end to this hypocrisy and if the words of the western European countries reflected their actions,” Szijjártó said. “I understand that we’re in their way on the Russian market because we are competitors in some matters, but we refuse to give up the Hungarian interests that stem from our cooperation with Russia.”

Asked when the two countries would mutually recognise each other’s Covid immunity certificates, Szijjártó noted that Russia and Hungary had relaxed entry restrictions for each other’s citizens as much as they could. Hungarian travellers are required to produce a negative PCR test to enter Russia, while Hungary requires Russian tourists to be vaccinated, he noted.

Meanwhile, Szijjártó called it “appalling” that some were attempting to politicise the issue of vaccines. “I consider it pathetic, in fact, since lives are at stake,” Szijjártó said. “I consider it appalling that to this day vaccines are being made into a political and ideological issue in some countries.”

“Vaccines are not an ideological issue; vaccines save lives and political ideology can’t be used to save lives,” he added.

Szijjártó thanked Russian Health Minister Mikhail Murashko for having helped Hungary to procure supplies of the Sputnik V jab during a vaccine shortage early this year.

“It was already clear back then that the vaccine would save lives,” Szijjártó said. “And it was also clear that those who procured them quicker could save lives quicker and save more.”

“Looking back I can say that the success of Hungary’s vaccination campaign was contingent on our ability to start administering jabs early,” he said. “And the reason we were able to do that was because we had more vaccines than others.” 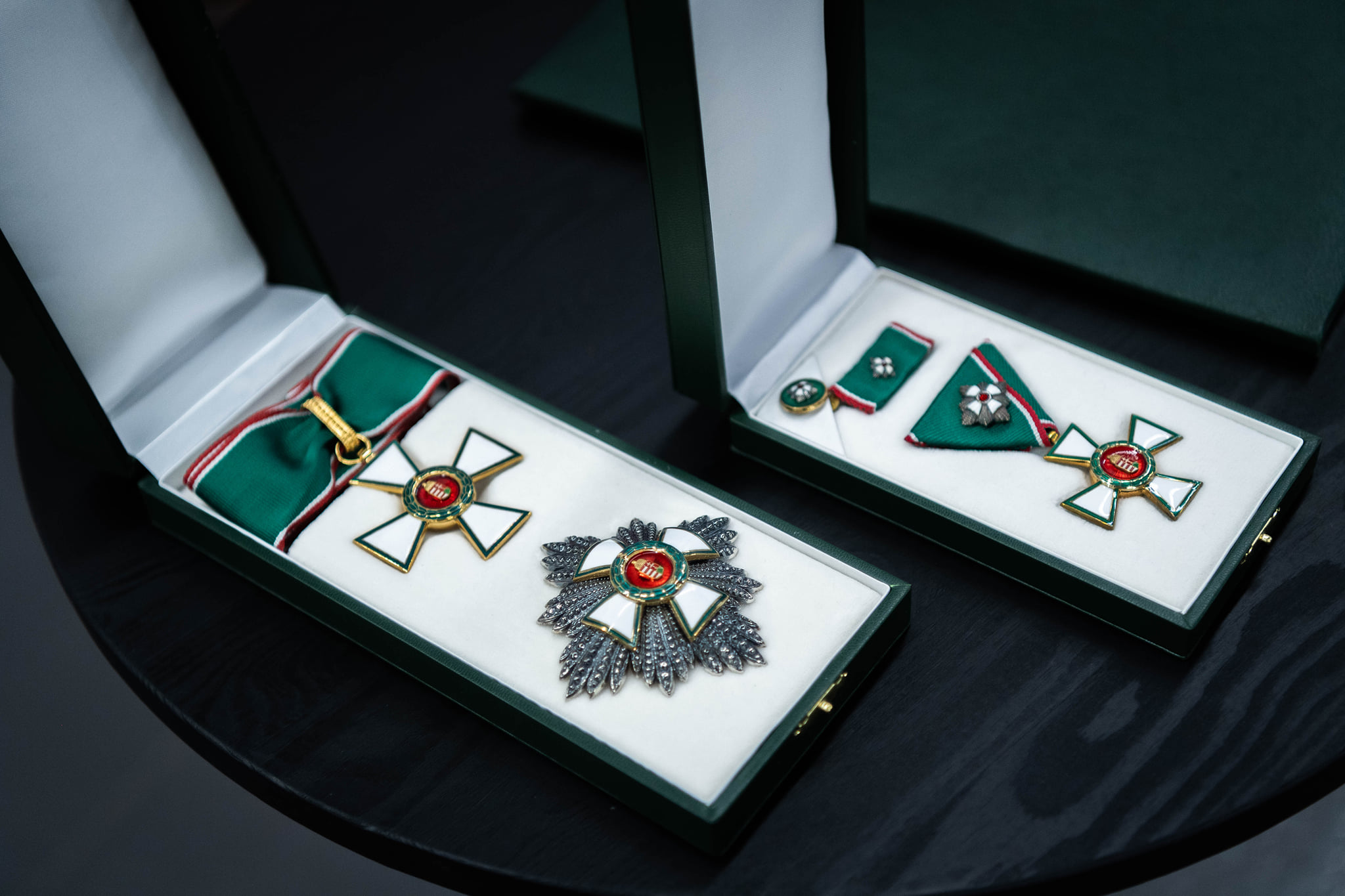 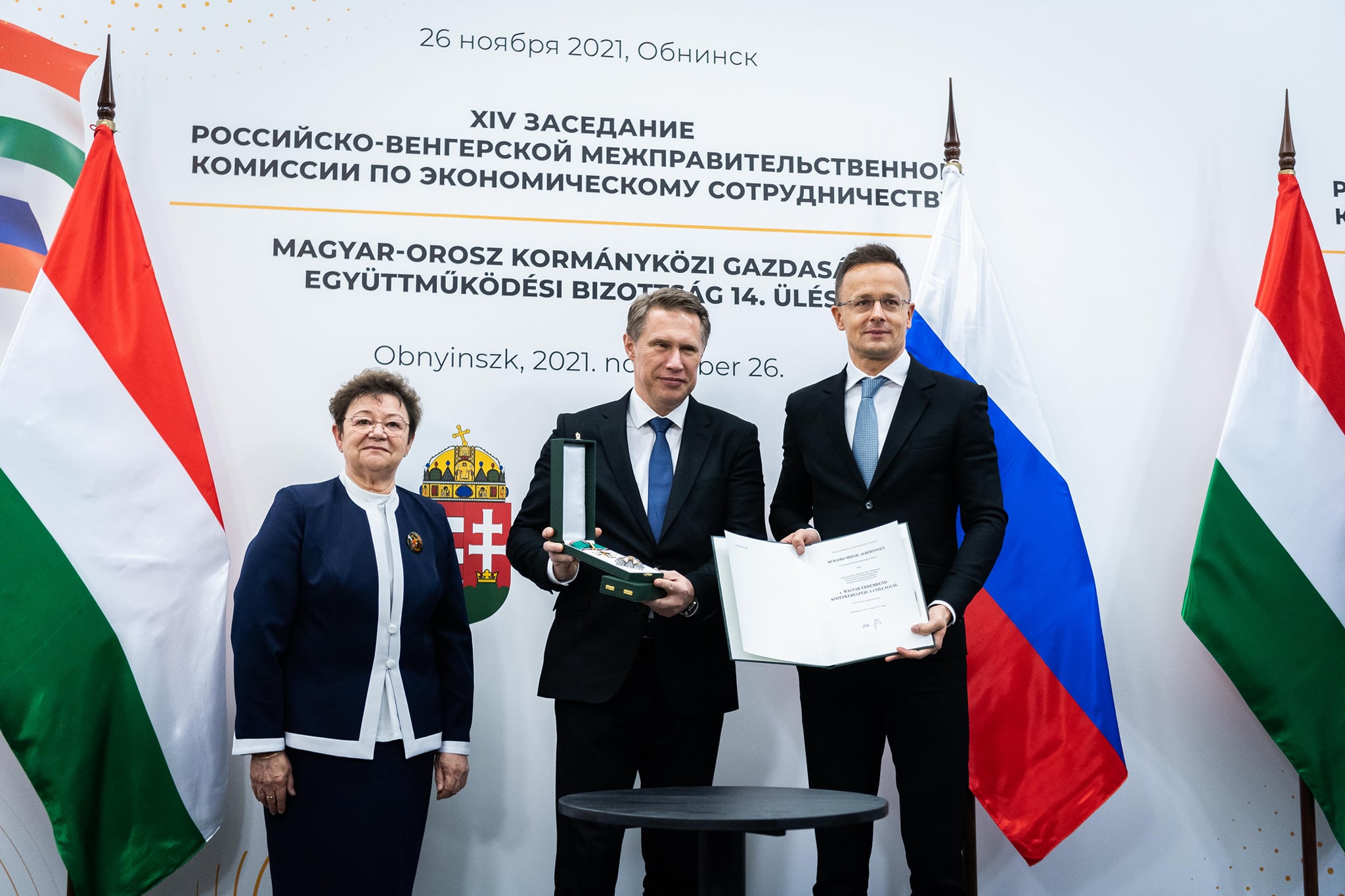 Szijjártó said his Western counterparts all admitted privately that the Russian jab was effective.

At the event, Szijjártó and Hungary’s Chief Medical Officer Cecilia Muller presented Murashko with the Medium Cross of the Order of Merit of Hungary.

Read alsoHillary Clinton: Hungary is ruled by an autocratic, greedy, and corrupt leader