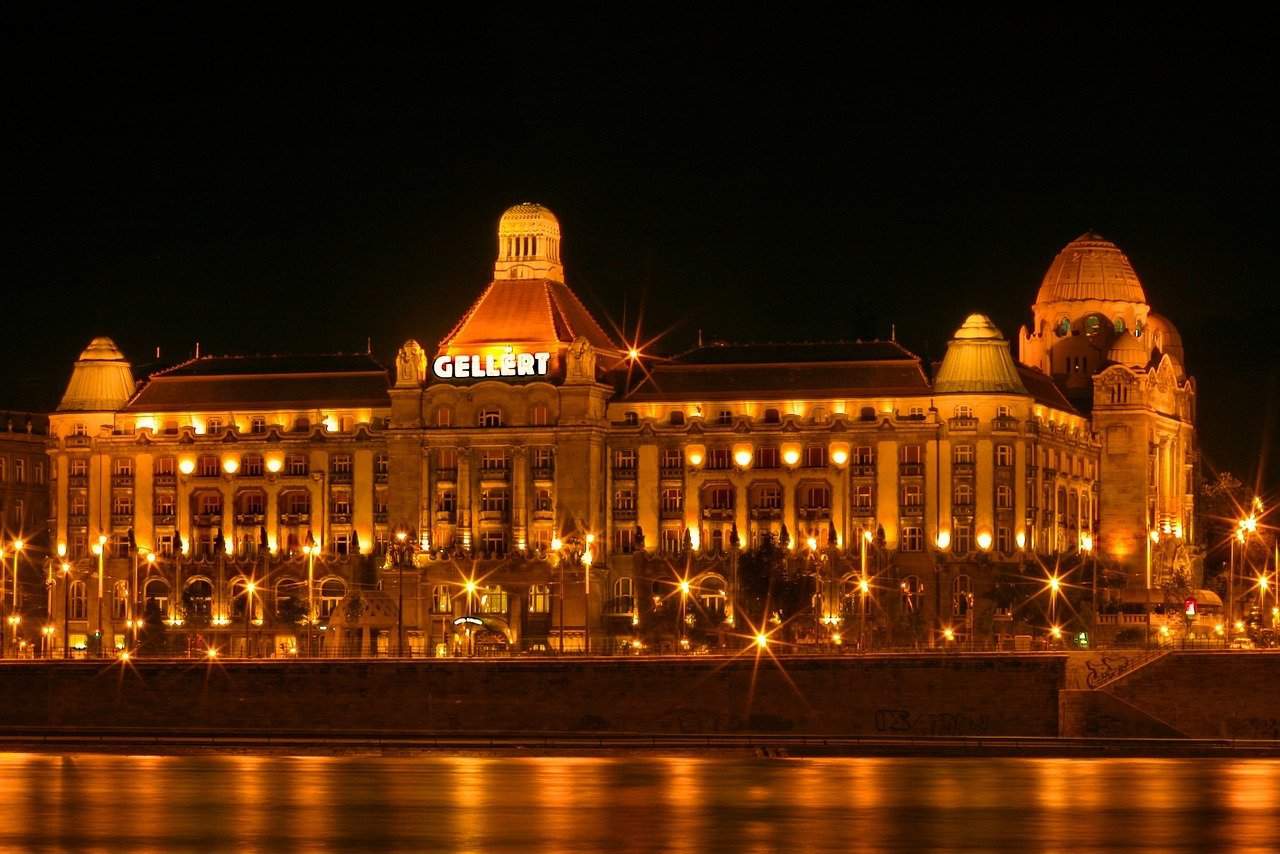 BBC News Designed made a compilation of the best Art Deco baths in the world among which we can find baths from such big cities as New York, Paris, Berlin, Los Angeles and Sydney, but the Hungarian Gellért Bath is also chosen as one of the best representatives of this style. Let’s find out what the style, Art Deco is, and how it makes the Gellért Bath so unique.

BBC.hu and Britannica.com report that the style came from Paris in the beginning of the 20th century. Although it was not only meant for the elite, it still preserved its architectural sophistication.

It was influenced by the styles of Art Nouveau, Bauhaus and Cubism, but it also used ideas coming from the American Indian and Egyptian cultures, and turned back to nature, too.

It retained the nature motifs, but put aside the so-far used colours of chrome and black. The experimentation with geometric and angular shapes, mirrors and mirror tiles very much dominate the style and make it unique.

The Gellért Bath of Budapest –  the representative of the style

The Gellért Bath, opened in 1918, offers medicinal water for relaxation and also as treatment. The unique underground springs are the same as used in the 12th century by the Knights of St John and later the Turks.

It is considered that the Turks laid down the basis of the thermal baths in the country and introduced the “wellness” treatments as known today.

It is true that during the Turkish era, the Hungarian bath culture flourished and since then, Hungary is rightly called “the bathing world-power” including famous baths like the Gellért Bath. 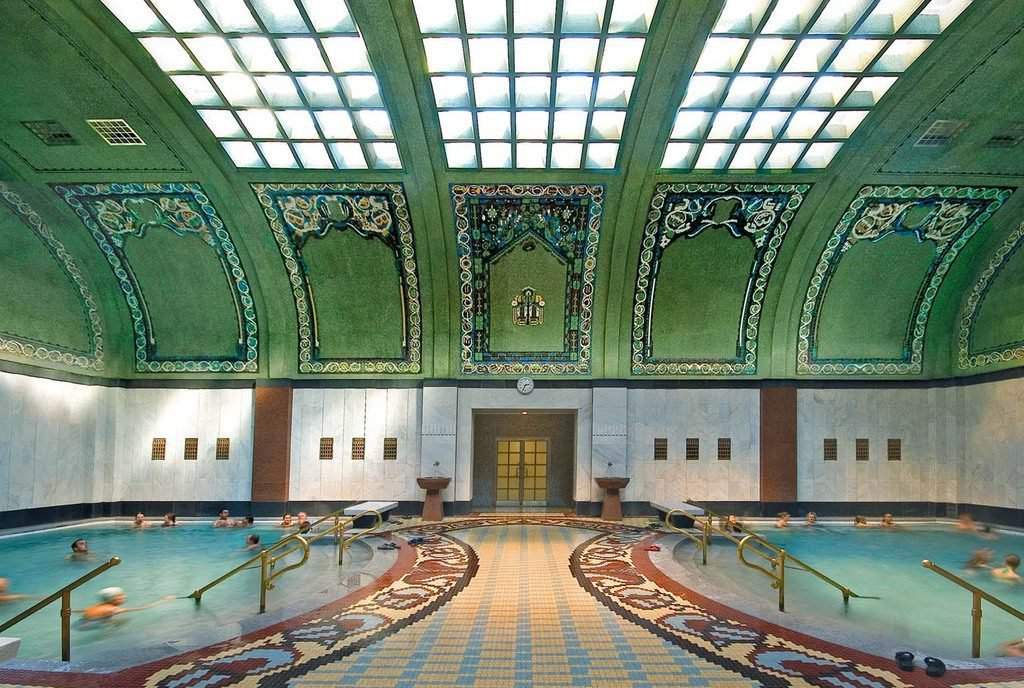 Apart from the steam bath and sauna services, the Gellért Bath also offers special massages, some of which are only available upon medical prescription. Underwater jet massage, curative gymnastics and electrotherapy are great ways of  feeling refreshed and energetic after the treatment.

The Gellért Bath offers a unique relaxing atmosphere with the numerous pools and the variable luxurious treatments. The architectural sophistication and the elegance that characterize the bath are prevalent in all of the pools and their surroundings, giving a feeling of exclusivity to the visitors.

There are 12 pools all together: two swimming pools inside, two outdoor pools including a wave pool of 26 °C and a thermal pool of 36 °C , and 8 further thermal bath pools of 35-40 °C. Established to serve the adult visitors, the bath is mostly meant for therapeutic aims. Consequently, kids under 14 are not allowed to use the bath, and those over 14 can only use it for a short period of time. 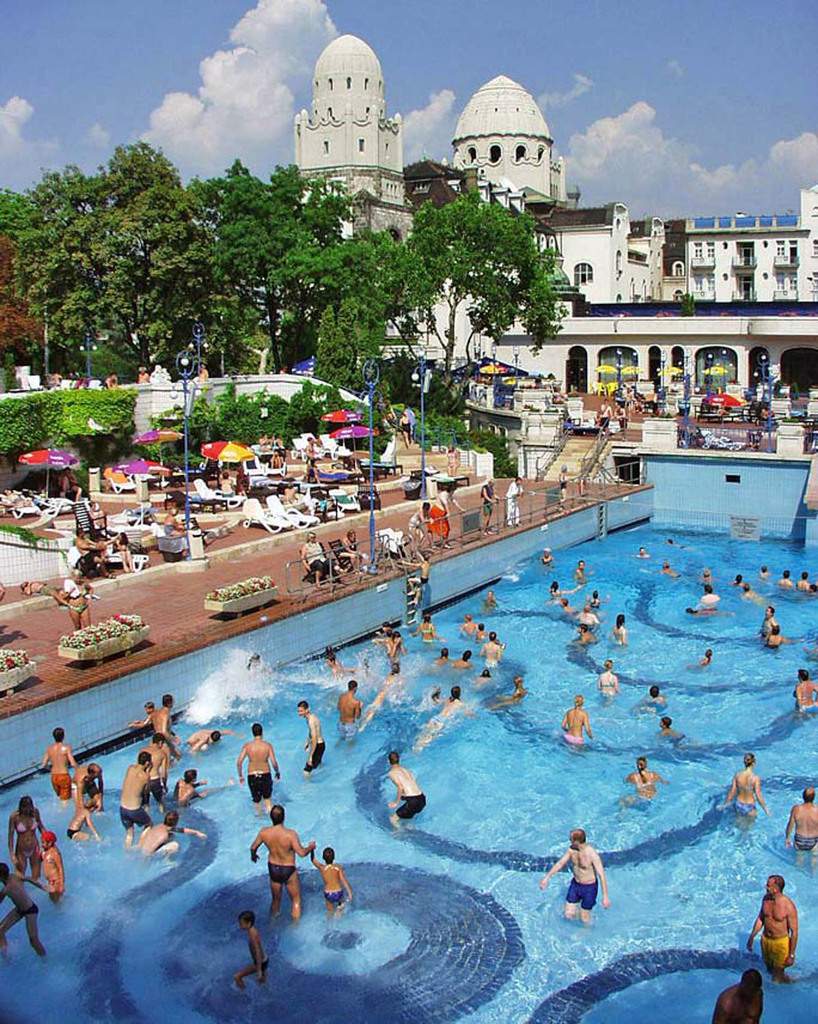 The wave pool in the summer
/gellertfurdo.hu/

The Bath complex, along with other baths in Budapest, is rightly praised by such international mediums as the CNN, the Guardian, the France 2 (the French public television) and the Vogue and recently, when Ryan Gosling gave an interview to GQ Magazine in Budapest, the photos were mostly taken in the Gellért Bath that served a great venue for the occasion.

Based on the above-mentioned characteristics, it is without surprise that the Gellért Bath is also chosen by the BBC to be among the most beautiful baths in the world.

If you are in Budapest, do not forget to visit the bath and witness its architectural uniqueness
that make it something very special 🙂