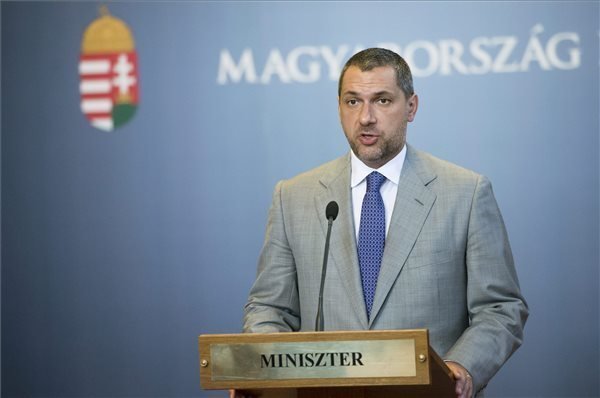 The motion will be put to parliament in the autumn, he told a regular government news briefing on Thursday.

Hungary’s borders are still open at legal entry points, he said. The 4-metre-high temporary border fence built on the southern border will be completed by November, he added.

The government will take every possible measure to stop immigrants from “taking over” the country. The government regards Serbia, Greece and Macedonia as “safe countries”, and migrants will be returned to those places if they are sent back to Hungary from Germany or Austria, he said.

The government will address the issue of emerging terrorism in the Balkans at its next meeting on Tuesday, Lazar said.

The opposition Socialists said in response that it is people smugglers rather than the refugees that should be punished.

Socialist MP Tamas Harangozo, deputy head of parliament’s defence committee, said that though the government refers to “organised human smuggling”, it still “seeks to put the refugees behind bars”.

The government should use the “billions” allocated for the border fence to support the immigration authority, the police, and the military instead, Harangozo insisted.

“Refugees are not criminals”, the Liberal Party said in a statement, arguing that fleeing from war or dictatorship cannot be considered a crime. The illegal migrants seeking shelter in Hungary are “people hit by misfortune, who had no other choice but flee from their homeland,” the Liberal statement said.

The statement called on the government to “stop blurring the difference between terrorism, religious fanaticism, and illegal immigration”. The Liberals will turn to European forums once the government submits its proposal to parliament, the statement added.