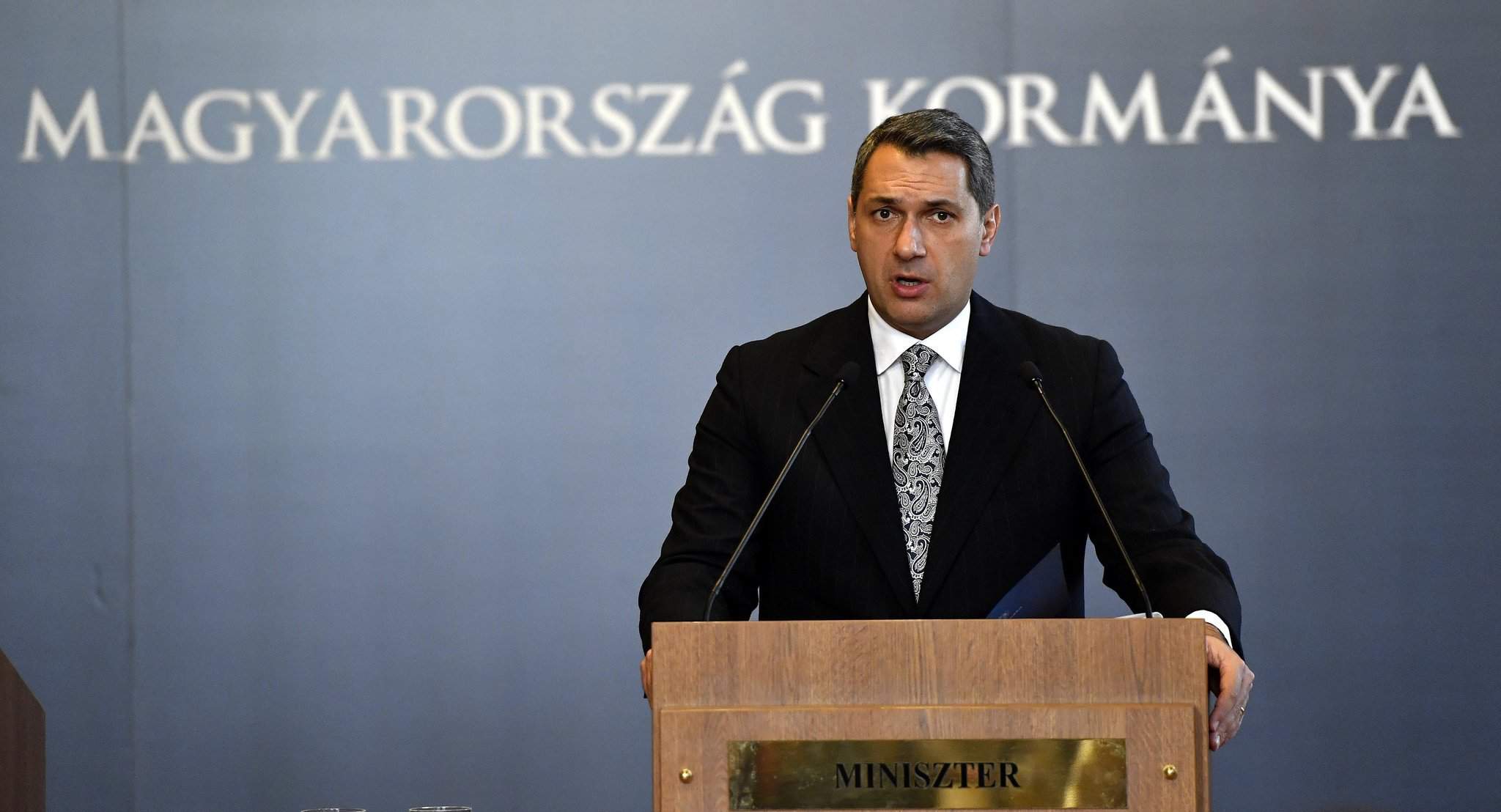 Budapest, October 27 (MTI) – The cabinet has approved the sum of 1,200 billion forints (EUR 3.9bn) for developing Hungary’s rail network, János Lázár, the government office chief told a press conference on Thursday. The government is calling for five-party consultations concerning the penal code and the law governing the police. It is expected that staff in the armed forces will be increased by 2,000,he said. The government does not agree with the stance of President János Áder on the issue of wind power generation, and this is why it will resubmit the law that Ader sent back with minor modifications to parliament.

Lázár: No need for residency bonds in the future

Speaking at a weekly government news briefing, Lázár said debt financing had improved with the increase in demand for Hungarian securities, so there was no need for the residency bonds. He added that the review of the bonds, independently of  Jobbik’s demands, had taken place over the course of half a year.

Lázár said the government rejected Jobbik’s “blackmail” and would not tie the issue of the bonds to amending the constitution.

The residency bond scheme was launched in 2013. Foreign nationals who buy securities backed by the bonds with a face value of 300,000 euros enjoy an accelerated application procedure for residence in Hungary.

But Jobbik has said it will only back the government’s planned constitutional amendment for banning the resettlement of migrants in Hungary if Orbán scraps the offshore residency bond scheme.

The government can only secure the two-thirds majority to pass the amendment with the support of forces beyond its ruling party alliance with the Christian Democrats.

Lázár said the 3.3 million Hungarians who voted to reject EU migrant quotas had given the government the authority to plan the constitutional changes and Jobbik would be thwarting the will of these people if it withheld its support.

The development project for the period ending in 2022 includes the purchase of trains, developing tracks and rail hubs, he said.

Plans include modernising the track between Budapest and Százhalombatta, in central Hungary, and between the capital and Hatvan, north-east of Budapest. Further, the track either side of Lake Balaton will be revamped. He added that around 100 billion forints would be devoted to the purchase of train carriages.

Meanwhile, the cabinet has approved a project to develop Debrecen (E) and Kecskemét (C) airports.

He said the strategic cabinet would put on its agenda options for connecting downtown Budapest to Ferenc Liszt Airport with a rail link.

On another topic, he said Hungary would have to turn to court over the infringement procedure launched by the EU in connection with the country’s law on land sales. Whereas the EU wants foreign nationals and entities to have unrestricted purchasing rights to Hungarian farmland, the Hungarian government wants to prevent this, said Lázár.

Addressing a weekly government news briefing, János Lázár said details of the plan are in the process of being worked out.

Lázár said that Hungary would be able to reach the goals outlined in the Paris climate change agreement without wind power.

The cabinet believes it is not being negative when it comes to wind power, but for certain ecological and economic reasons it is taking a “cautious” line. He said a review of German rules for regulating wind power would be conducted.

Lázár also noted amendment proposals discussed by the cabinet in connection with the public procurement and tax laws.

Concerning public procurement law, an amendment proposal containing stricter provisions is scheduled to be submitted to parliament on Friday, Lázár said, noting a proposed 90 day freeze of bids by applicants that have previously broken procurement rules. Also evaluation procedures will be shortened and streamlined, Lázár said, adding that the value threshold of projects requiring public procurement will be reviewed and a provision requiring the submission of three bids below that threshold will be proposed.

“The aim is to solicit as many bids as possible for a project, as well as to protect subcontractors,” Lázár said.

The cabinet also discussed the economy ministry’s proposed amendment to tax laws. It approved measures aimed at further reducing red tape in tax administration. Rules for a preferential uniform tax for small entrepreneurs and added benefits are scheduled to apply from January 1 next year, he said. Further, the economy minister has been tasked with consulting with various sectors on measures such as reducing contributions and wage hikes.

On another topic, Lázár said the purchase of Mezohegyes stud farm, in south-east Hungary, has been concluded. Anyone who leased land on the farm would be compensated up to one billion forints.

The cabinet on Wednesday earmarked 137 billion forints (EUR 445m) for renovating Budapest’s third metro line, he said. The government is “the biggest supporter and not an enemy of that project,” he insisted. But it will not take responsibility if services stop, since its funding decision was made before the deadline, Lázár added.

“We have asked the City Council to give new Hungarian buses a chance [as replacement for services during the metro upgrade] several times; we can’t do much more than that,” Lázár said.

Asked about the junior governing Christian Democrats’ (KDNP) bill proposing that retailers should give staff at least two Sundays off a month, Lázár responded that the cabinet had not discussed it and did not plan to for the time being. There are no plans either to declare Dec. 24 a bank holiday, Lázár said.